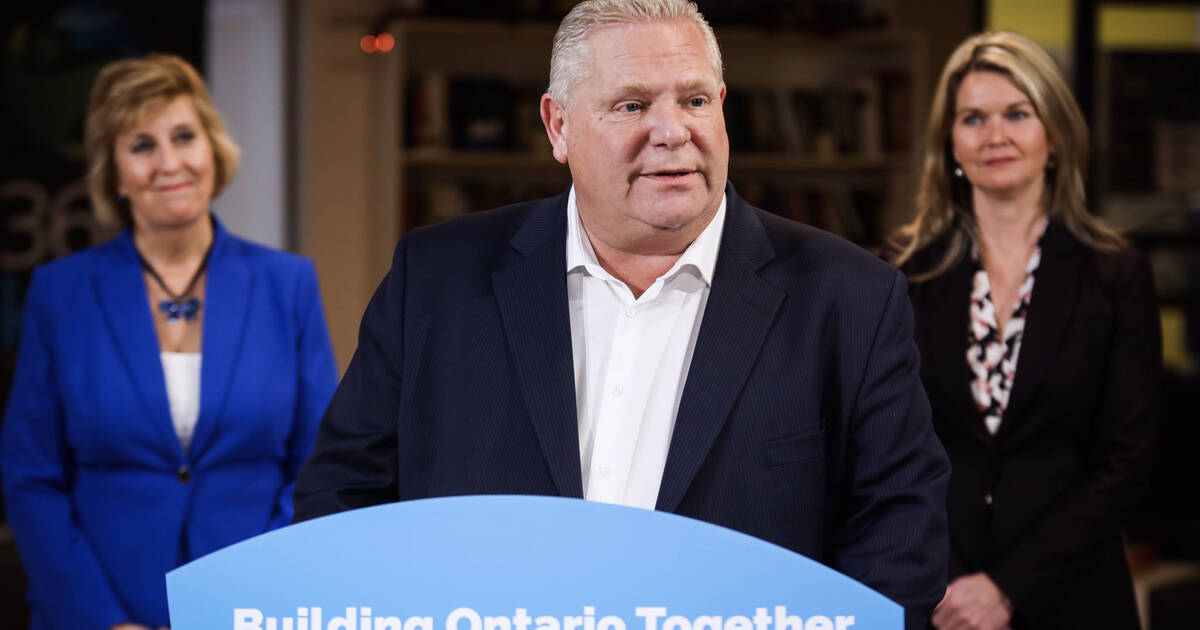 Doug Ford is furious about the "disgusting" actions of human traffickers in the wake of yet another major bust that saw four adults arrested for forcing teenage girls into the sex trade through horiffic means.

"Rather than give them a slap on the wrist and letting them back out, they need to be thrown in jail and throw away the keys," said the premier of criminals who kidnap, abuse and trade young women and children for money.

Ford and members of his team announced today that Ontario is committing $20 million in annual funding for victim supports and anti-human trafficking enforcement initiatives across the province.

Ontario Solicitor General Sylvia Jones and Associate Minister of Children and Women's Issues Jill Dunlop, will also be be heading up the development of a new strategy to combat what's become a pervasive problem worldwide.

The government reiterated how important the initiative is in press release on Thursday, noting that roughly two-thirds of all police-reported human trafficking violations in Canada occur in Ontario.

"Over 70 per cent of human trafficking victims identified by police are under the age of 25," reads the press release. "The average age of recruitment into sex trafficking is 13 years old."

"Every day across Ontario, young women and children are being lured into human trafficking by criminals who rob them of their safety and dignity," said Ford in today's press release.

"I want to thank Solicitor General Jones and Associate Minister Dunlop for leading the development and implementation of our new, stronger, cross-government strategy to raise awareness of these disgusting crimes, ensure survivors get the supports they need, and bring their traffickers to justice."

by Lauren O'Neil via blogTO
Posted by Arun Augustin at 6:20 AM