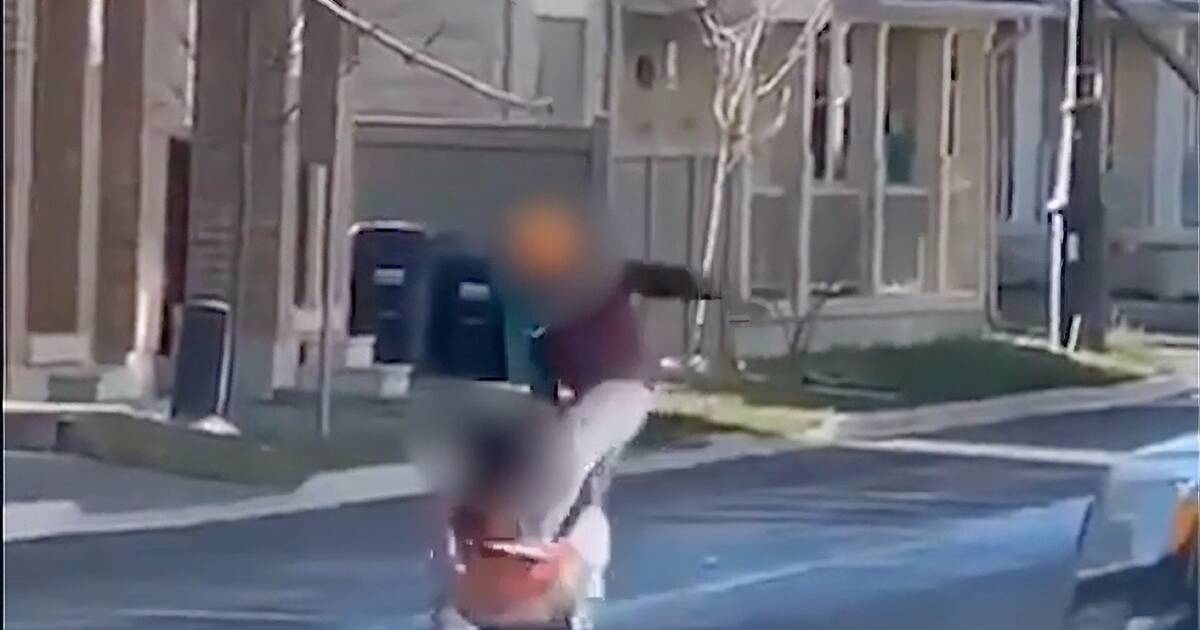 A disturbing video that surfaced on social media this weekend showing a Brampton man kicking a woman in the middle of the street has led to the arrest of the man.

Peel Police said the incident occurred Saturday morning and that it has since been investigated and charges have been laid.

Mayor of Brampton Patrick Brown called the assault "appalling" and said "Scum like this should be behind bars," according to the Toronto Sun.

The man, who remains unnamed, was charged with assault and appeared in court Sunday. Peel Police say the video will be used as evidence in the ongoing case.

In order to not re-victimize the victim and to protect her identity, Police have requested that people stop sharing the video.

This incident has been investigated and charges have been laid. We kindly ask that people stop sharing the video and remove it from social media, so as to not re-victimize the victim. Thank you.

Still, the upsetting footage has been shared many times on social media, and many are wondering why whoever filmed the assault didn't step in and help the woman.

"I find it sad the person holding the camera doesn’t help. Really sad," one person wrote on Twitter.

"Instead of filming, why didn’t you help her?" another wrote.

The photo of the video above has been blurred to protect the victim's identity.

by Mira Miller via blogTO
Posted by Arun Augustin at 11:05 AM