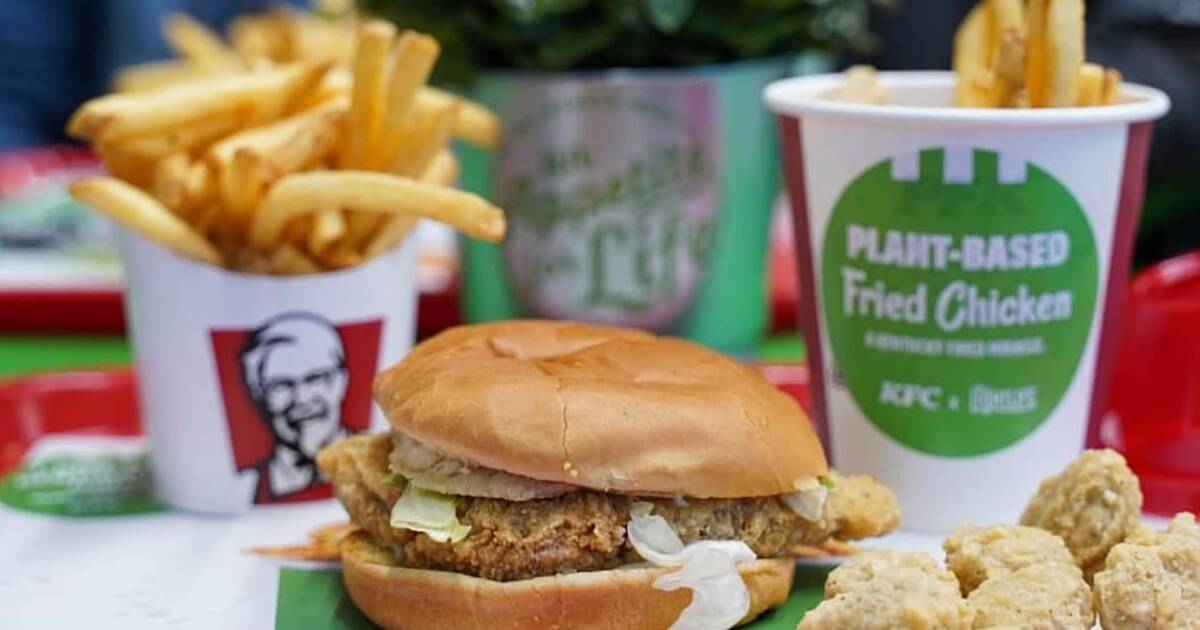 If you're just finding out about KFC's new plant-based fried chicken, then you're already too late.

The company held a one-day trial for the new product at the Mississauga KFC at 6055 Creditview Road yesterday, and it's safe to say it was a hit.

KFC originally said the trial day would last from 10:30 a.m. to 11 p.m. "while supplies last," but the restaurant was totally sold out of the new products and forced to close before 6 p.m.

Hungry vegetarians and vegans lined up in the cold just to get their hands on the new fast food products, and the first 50 people in line were given a free sandwich or serving of popcorn chicken.

Waiting in line in Mississauga to try the @lightlifefoods #vegan #friedchicken at @kfc_canada!! Yes, the #plantbased revolution is real!! 1 day only!! pic.twitter.com/1Mi2T8NpCO

Veggie heads were particularly impressed that the products were fried in a separate, designated, veggie-friendly fryer.

And even the mayo on the sandwiches was vegan.

The new vegan option even allowed some people to eat KFC for the first time in decades.

My first KFC in 20 years. Thanks @kfc_canada. #new #vegan #friedchicken

The meatless cutlets, nuggets and wings are made by American vegetarian and vegan meat substitute manufacturer LightLife.

It's clear there's a real demand for delicious, plant-based fast food options in Toronto. And if the trial-day was any indication, I'm sure KFC's veggie chicken will make its return to the 6ix soon enough.