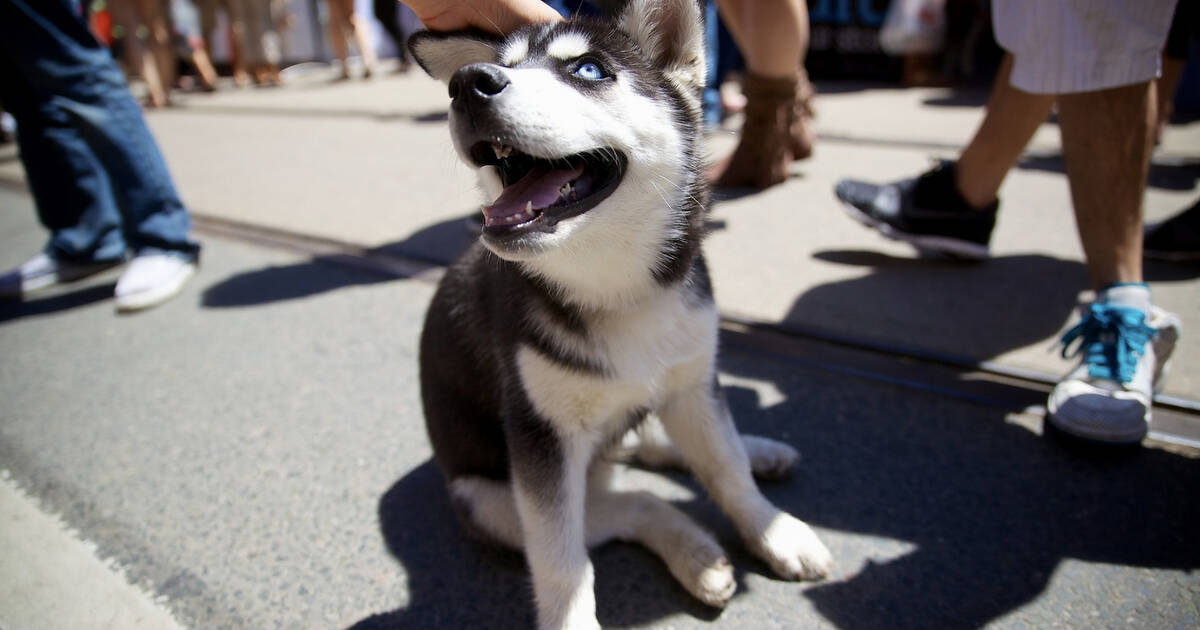 Just picture it: it's a rainy weekday morning, and you and little Scruffy layer on your raincoats for a quick walk. But mid-jaunt, your poor doggo gets... electrocuted?

That's what's been happening to residents in one Toronto neighbourhood, who discovered that a portion of the ground around their building's property had electric properties when it became wet.

The location in question was around Ryerson University campus, near Dalhousie Street between Gould Street and Dundas Street East.

"On two separate days, when we walked by the spot in question, seemingly out-of-nowhere my dalmation Hershey let out a very loud cry and tried to take off running at full speed," said resident Brooke Filsinger. "I walked by the spot solo a few times to try to figure out what might be causing her distress, but I was completely stumped."

A dog walker who serves clients in the nearby Merchandise Building also apparently noticed dogs reacting strangely when they stepped on certain parts of the ground in the rain or snow.

Toronto Hydro says that the incident could have been an instance of "contact voltage" or "stray voltage," which can and does also happen to streetlights, bus shelters and traffic lights, or any other conductive surfaces. It can be due to damaged cables or other faults in a power grid.

Protect your pets from contact voltage: Walk around handwells, which are usually located three to four feet from electric poles. #PetSafety pic.twitter.com/HUIjSkmTYW

The phenomenon is more common in wet months, like winter, when ice and salt are present and underground electrical equipment is exposed to intermittent freezing and thawing.

Construction, like the kind currently happening on the Ryerson campus, could feasibly also be a factor if it is taking place near hydro lines, though it's "difficult to determine."

Toronto Hydro spokesperson Russell Baker says that the company has crews that regularly scan the city for such issues. In this case, they were very quick to respond to the problem, but found no stray voltage in the area.

Power was disrupted for a brief period and then restored, and there have been no further complaints from residents.

As a precaution, we remind pedestrians & pet owners to help reduce their risk of shock from contact voltage by avoiding electrical equipment on the street. (2/2)

"I'm grateful that it was 'only' a few shocks and not a worse outcome for poor Hershey or any of her friends," Filsinger says. "I was have been very impressed with Toronto Hydro's handling of the situation once they were notified."

Baker says if any Torontonians have concerns about potential contact voltage or other safety issues around electricity lines to contact Toronto Hydro immediately.

by Becky Robertson via blogTO
Posted by Arun Augustin at 10:25 PM