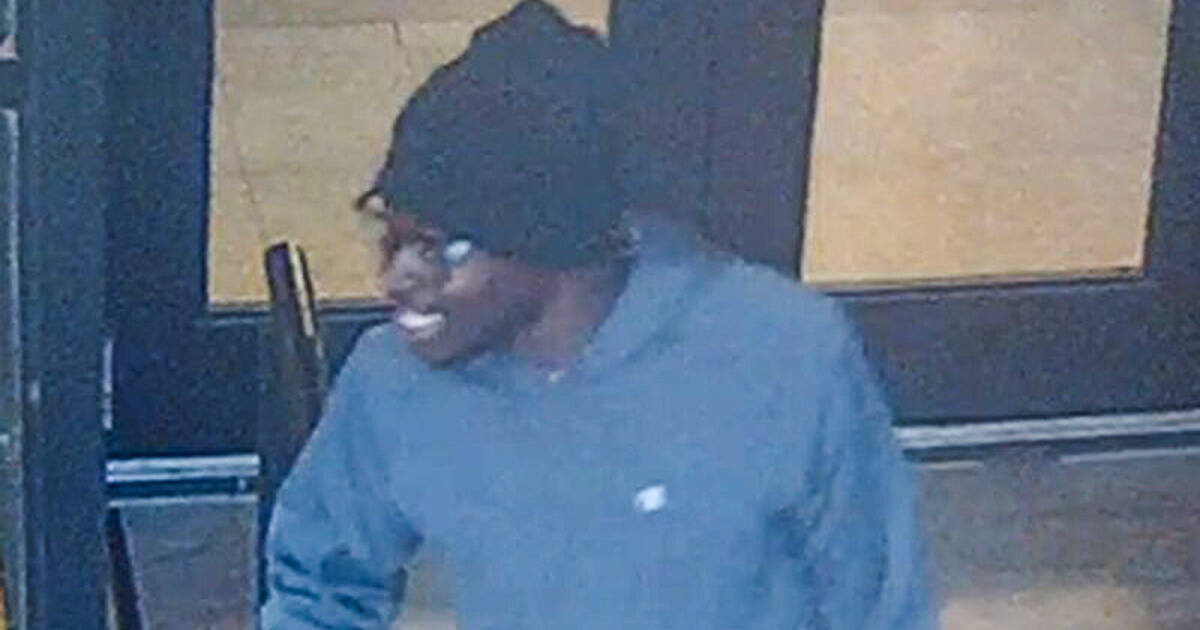 Fried chicken, sweaters on clearance, fine Italian groceries, a bail hearing for someone accused of tossing liquid feces at random people on the street....

Torontonians really will line up for anything.

The court house at Toronto's Old City Hall was bustling on Wednesday morning ahead of an anticipated court appearance by none other than "pee pee poo poo man," as many now call him.

The suspect wanted for throwing feces in Toronto has been arrested #Toronto https://t.co/GbPMdc8OLG pic.twitter.com/TgtvEEP0QC

Arrested by Toronto Police on Tuesday night after three days of allegedly terrorizing university students with buckets of poop, Opoku was scheduled to appear before a judge today at 10 a.m.

By 10:15 a.m., some 75 people were waiting outside courtroom 101 at Old City Hall to witness the suspect's initial hearing, many of them curious students.

"I've heard they have the bucket in their possession," one could be heard whispering.

"The circus has come to town!" joked a man carrying a briefcase as he walked by a long line of people who couldn't get into the jam-packed courtroom.

Two veteran reporters remarked that there were more people present for the feces-tosser than there had been for the hearing of Toronto serial killer Bruce MacArthur, who pleaded guilty to the murders of eight people in January and is now serving a life sentence.

"Is there anyone here not to see Mr. Opoku?" a frustrated court staffer called out at one point. Noone budged, save for the handful of people who had scored a seat inside, as they were asked to leave the courtroom twice for unrelated matters.

So many are here to see “pee pee poo poo man” that his bail hearing has been moved to a larger courtroom within Old City Hall. It’s still packed to the gills.

After more than an hour-and-a-half of waiting for something to happen, staffers announced that Opoku's case had been moved to a larger courtroom.

The crowd, which had only grown in size at that point, made its way upstairs.

"You won't see this again in your life," said Advait Sridhar, a second-year U of T Life Sciences student, when asked about why he was attending court.

"The first time I heard this story it was pretty bizarre," he said, noting that theories about the suspect's motivations were all over a popular U of T subreddit. "Someone heard he might have been paid to do these things... there was also something about two guys fighting over a girl."

"A lot of my friends think it's discrimination against Asians," he said. "One of the victims was Korean, one Chinese and one was brown."

Ma also pointed to a theory that suggests the suspect is a "salty Ryerson student" who wanted to make a statement about "shitty" schools.

“Serial Feces Thrower” was a term I never thought I’d read but I’m even more shocked it wasn’t followed by “from Florida” https://t.co/Kna93yYhUx

Not long before 12:30 p.m., the accused's lawyer finally appeared in court — but asked for more time to confer with his client, as well as a publication ban.

Opoku isn't expected to appear before a judge until 2:15 p.m., but dozens of people remain lined up down the halls of the courthouse in anticipation of the hearing.

"I will tell my kids about pee pee poo poo man," said Mohammed Ali, a second-year commerce student at U of T.

"He poured a bucket on a woman and a child at Robarts... I never want to step inside Robarts again."

"People are actually dressing up in construction hats to freak people out, it's crazy," continued Ali when asked about how the student body is taking all of this drama, but "they're just doing it for the memes.”

The city, as a whole, has been fascinated — in a horrified way — by the feces bucket story in recent days.

Opoku has not yet publicly addressed the allegations against him. He appeared composed and stoic as he was led by a police officer through the main atrium of Old City Hall on Wednesday.

On Friday, the suspect is said to have thrown a bucket of feces on "a woman and a young person" at the University of Toronto's John P. Robarts Research Library.

On Sunday, the same man is thought to have entered York University's Scott Library at 4700 Keele Street and thrown the contents of a bucket at a man and woman.

Another woman was assaulted similarly on Monday near College and McCaul Streets.

In all three cases, police say Opoku "threw contents from a bucket which was described as liquefied fecal matter" at unsuspecting victims.

by Lauren O'Neil via blogTO
Posted by Arun Augustin at 11:10 AM