Toronto's most notorious McDonald's location is officially closed for good 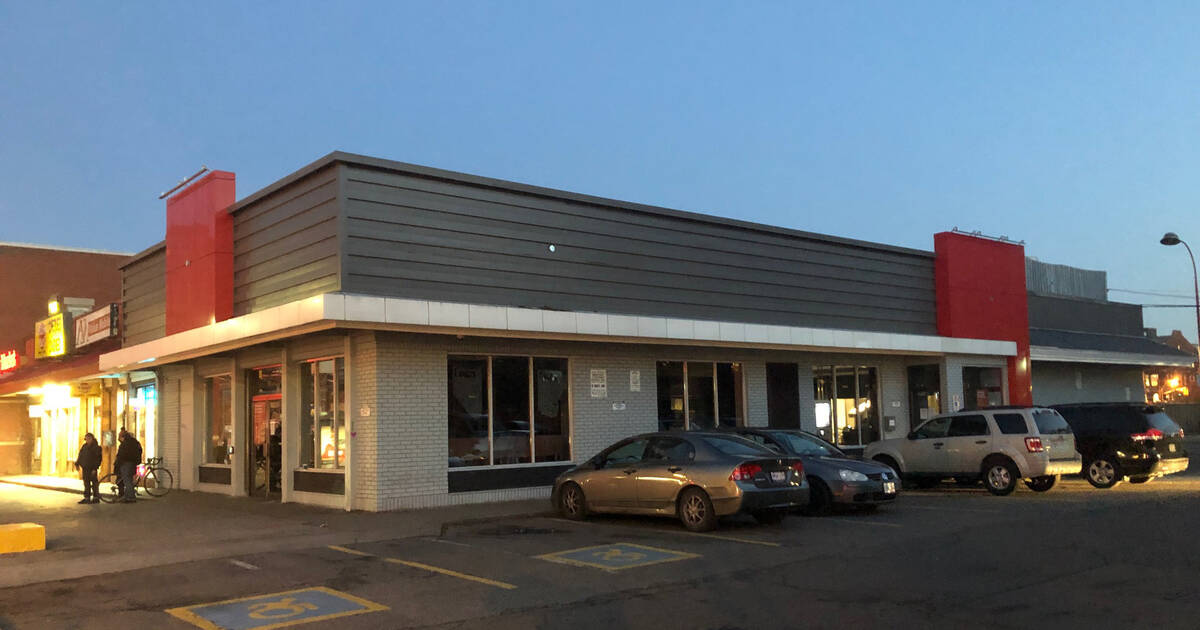 It's the end of an era for Parkdale, and for people all over the city who are used to scoring late night nugs from the neighbourhood's famously-weird 24-hour McDonald's location.

The McDonald's at Dufferin and King officially shut its doors on Tuesday, November 26, leaving nothing behind but a sign on the door announcing its relocation to 1100 King Street West.

Video footage shared by the popular Instagram account Parkdale Life shows a crane removing one of the restaurant's famous beacons. As of Tuesday night, not a single golden arch remained.

There goes another community center

Hurt as we may be, we've all known this was coming for some time.

Like Island Foods and literally everything else on the southwest and northeast corners of the busy west Toronto intersection, McDonald's must leave to make way for a massive (and rather controversial) new condo development.

Parkdale residents have denounced the impending build as the result of gentrification and "condo creep" from neighbouring Liberty Village, which starts just across from the famous McD's on the other side of Dufferin Street. 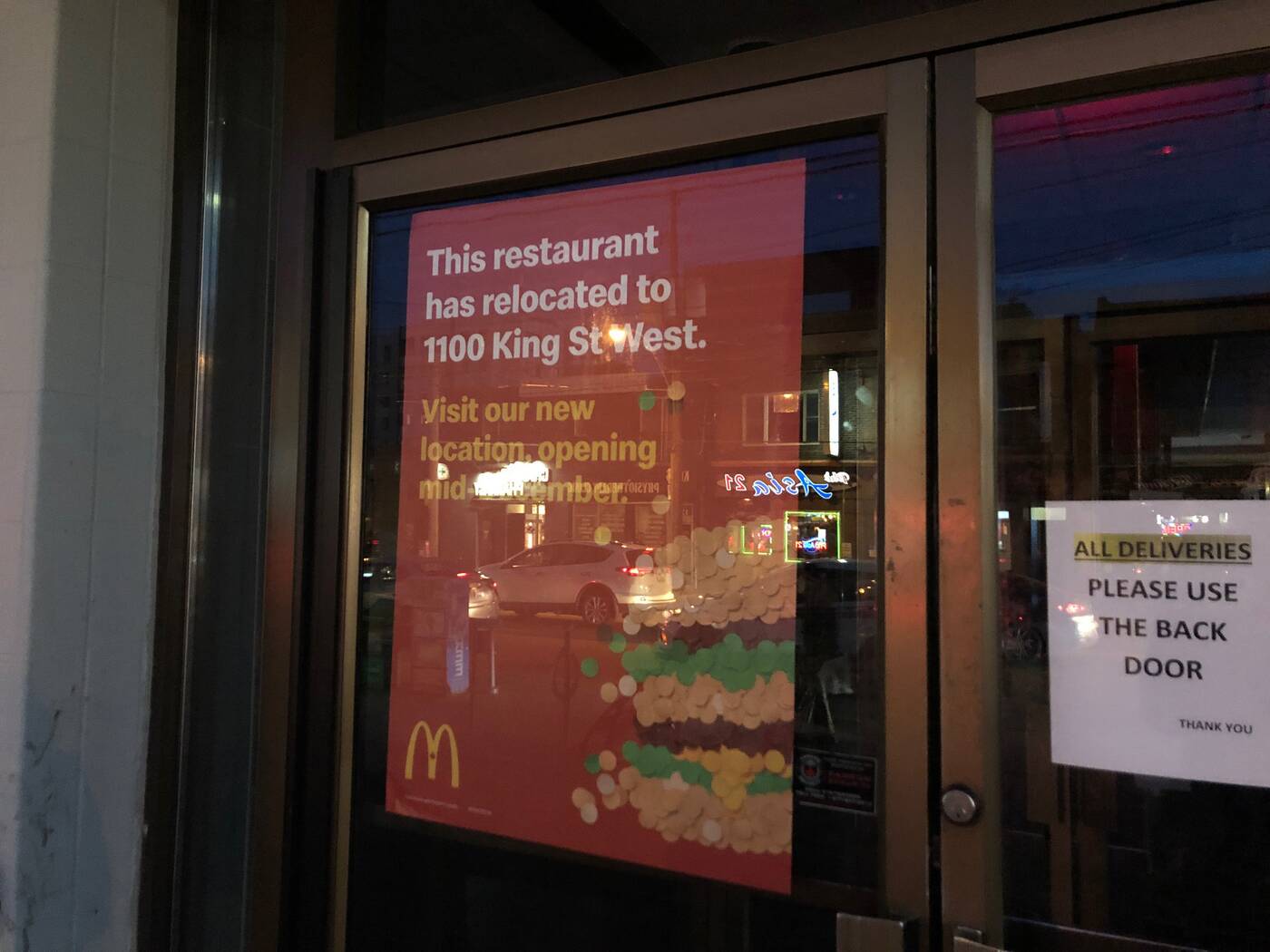 Ironically, the famous Parkdale McDonald's will be moving even closer to Liberty Village, taking up residence in a fancy new mixed-use complex where a Winners, a Shoppers and a Longos just opened.

The McDonald's in Parkdale will be remembered for its colourful characters, the multiple security guards it employed and, more recently, the drug use deterring blue lights installed in its men's bathroom.