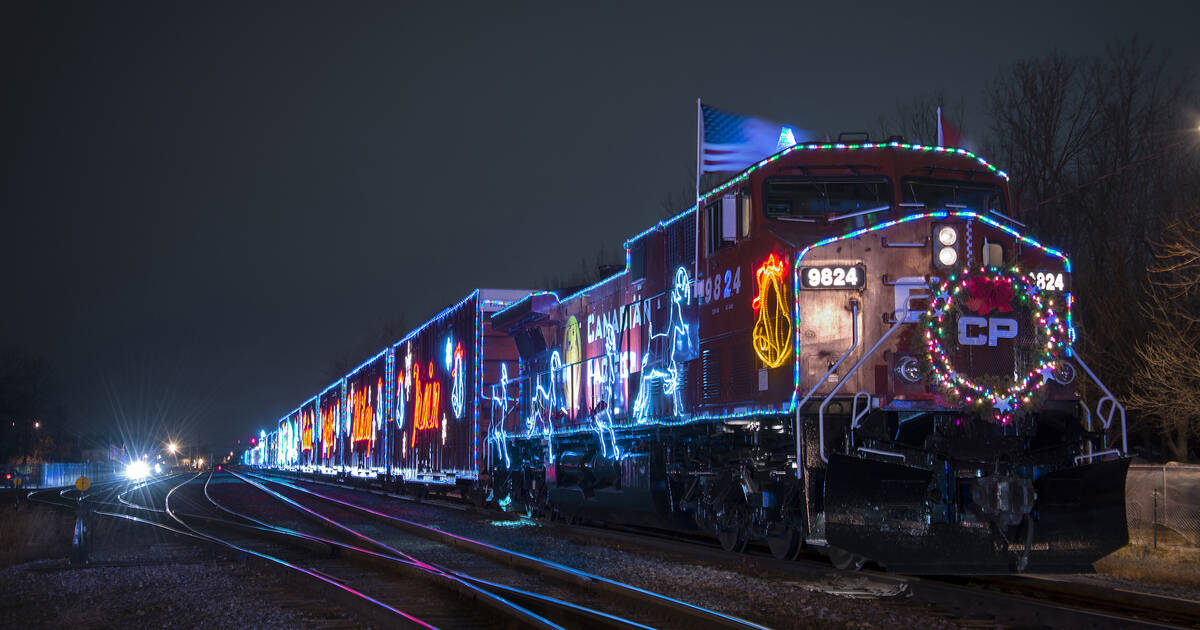 All aboard for the holidays, Toronto! Things to do today include he arrival of CP's magical holiday train as it rolls into the city for the night. One of the world's biggest indoor Christmas festivals is here and there's experimental film, a big market and Scotch tasting.

CP Holiday Train (November 28 @ Lambton Yard Office)
A big Canadian Pacific freight train is getting cute for the holidays with hundreds of Christmas decorations strewn across it, stopping in Toronto.
Dream House Film Festival (November 28 @ Imagine Carlton Cinema)
Part of the Dream House Collective's two-day festival, this film festival compliments a showcase of the city's emerging R&B and hip-hop artists.
CBC Charity Craft Sale (November 28 @ CBC)
Over 70 local artists and makers are setting up shop inside the CBC's atrium to sell a huge selection of health and beauty items, gifts, art, food and more.
Partner (November 28 @ The Garrison)
Rock out to the power punk pop tunes of Windor's Partner as they take the stage alongside Goodbye Honolulu and Tange.
American Thanksgiving Dinner (November 28 @ Hemingway's)
Calling all Yanks for this traditional American Thanksgiving feast with a big ol' turkey and all the fixin's, plus pumpkin pie for dessert.
The Dirty Nil (November 28 @ The Phoenix Concert Theatre)
An export of Hamilton's stellar rock scene, The Dirty Nil have been steadily carving out a spot for themselves on the alternative scene.
Dram Fest II (November 28 @ 3 Brewers)
Back again is this small but mighty festival dedicated to Scotch lovers everywhere with a night of tastings and mingling.
Videodrunk Film Festival (November 28-30 @ The Grand Gerrard)
The best of underground and experimental film, horror and alternative comedy cinema is screening at this annual festival and its new location.
I Be Like... (November 28 - December 5 @ Bad Dog Comedy Theatre)
Carley Thorne and Meredith Mullen are Uber & Klonk and they're bringing the laughs with an anxiety-ridden revue about anxiety-ridden revues.
GLOW (November 28 - January 4 @ Toronto Congress Centre)
Get ready to get lost in a winter wonderland as this huge new indoor Christmas festival brings with it over 50,000 lights, food, drinks and shopping.

by Lisa Power via blogTO
Posted by Arun Augustin at 10:10 PM