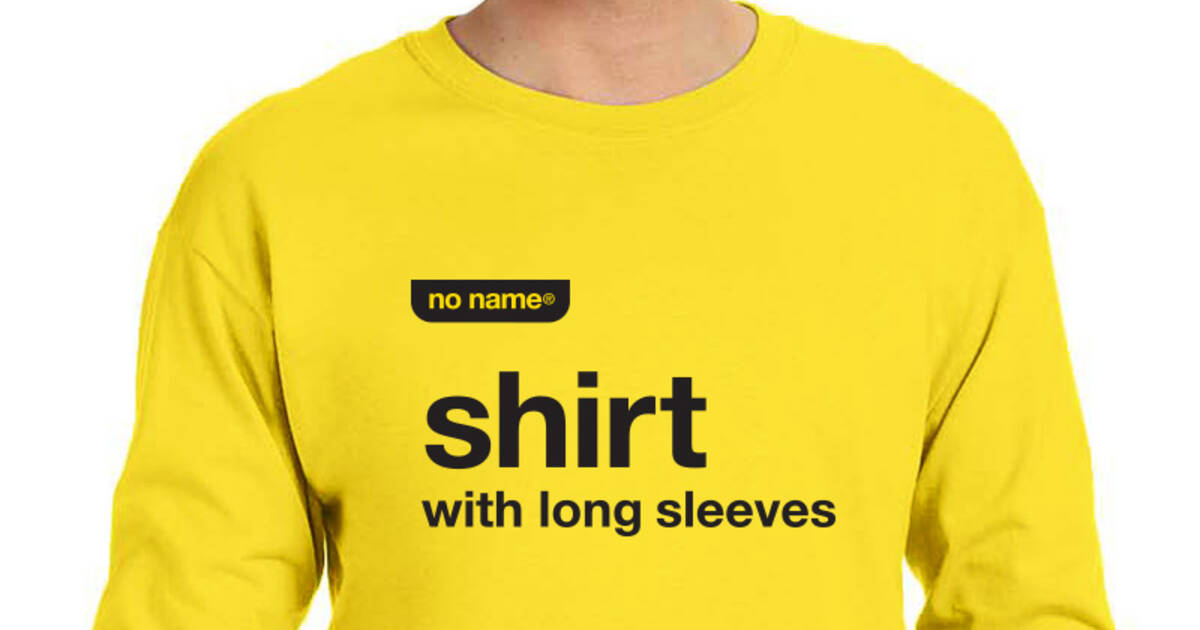 The minimalist marketing wizards at Loblaws have done it again, my friends, with an idea so simple consumers can't help but to chuckle and fork over cash.

Behold the No Name brand shirt collection: Two shirts, both yellow, both emblazoned with the respective names of what they, as products, are.

"T-shirt" reads the $20 short-sleeved version. "Shirt with long sleeves" reads the other — an obvious extension of a recent (and highly-acclaimed) No Name ad campaign that cheekily brought the same straightforward concept to taxi cabs, building walls, subway stations and other outdoor fixtures around Toronto. 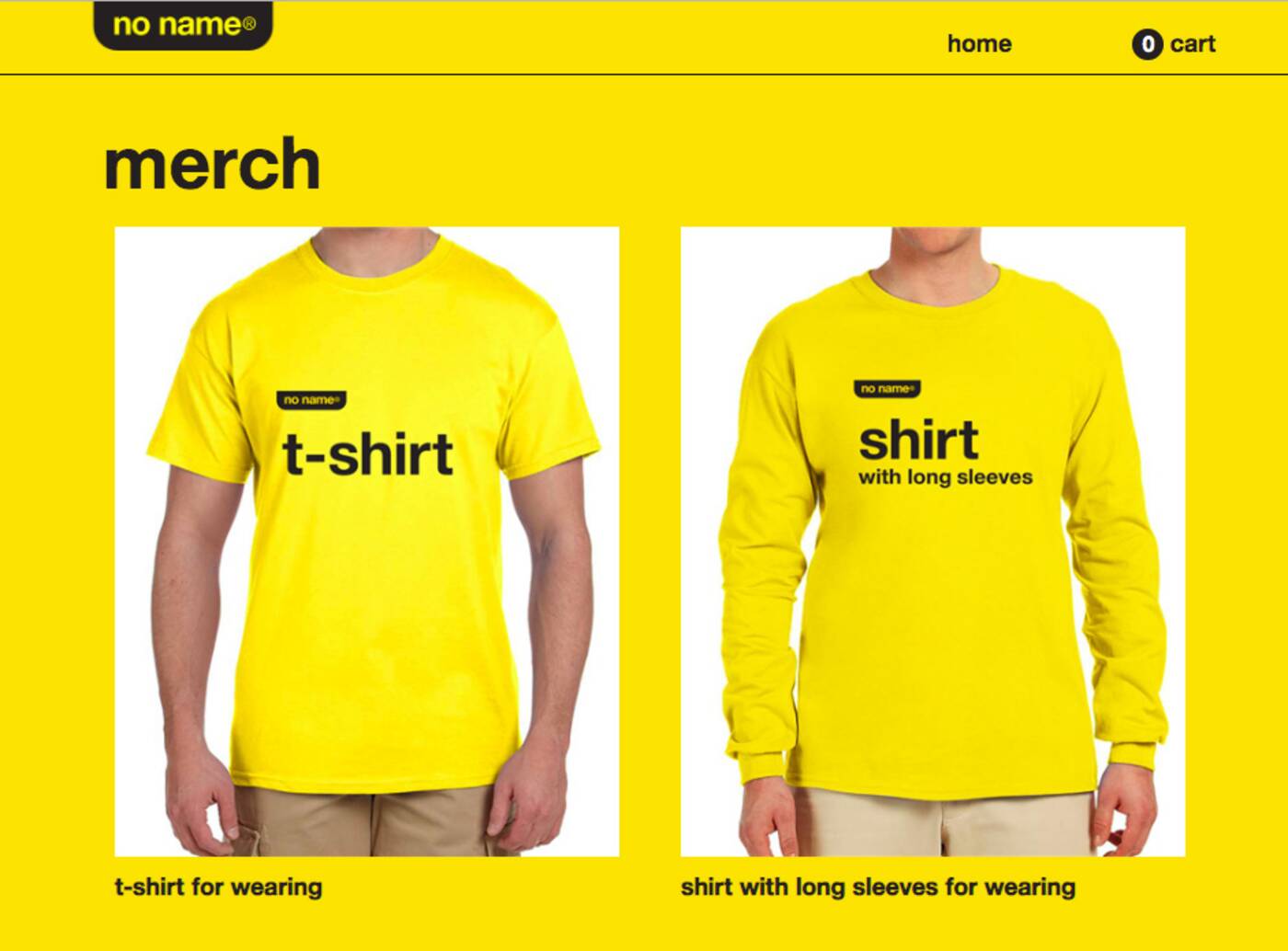 The long-sleeve shirt costs $25 while the t-shirt runs for $20. Both were sold out as of Thursday afternoon. Screenshot of hauler.com.

Loblaws PR announced the garments in an artificially-casual press release on Thursday morning, referring to a new "limited edition run of merch" in the online store for Hauler.

Hauler, for those who don't remember, is the "streetwear brand" launched by Loblaws for No Frills in May of 2018 to moderate acclaim (and later, some criticism.)

Like Hauler's limited edition run of clothing, the No Name shirts strike more as a PR stunt than an actual product offering — and once again, consumers don't care either way.

By the time Loblaws emailed a press release announcing the shirts this morning, they were already completely sold out.

It is not known how many shirts were for sale to begin with, but at least a few Twitter users managed to snag one of the limited edition items before they went out of stock.

Many more continue to try by way of badgering No Name brand on Twitter to restock. Perhaps the company will oblige and we'll all get "shirt" shirts for Christmas.

by Lauren O'Neil via blogTO
Posted by Arun Augustin at 1:55 PM