Hundreds rallied in Toronto to show support for Iraqi protesters 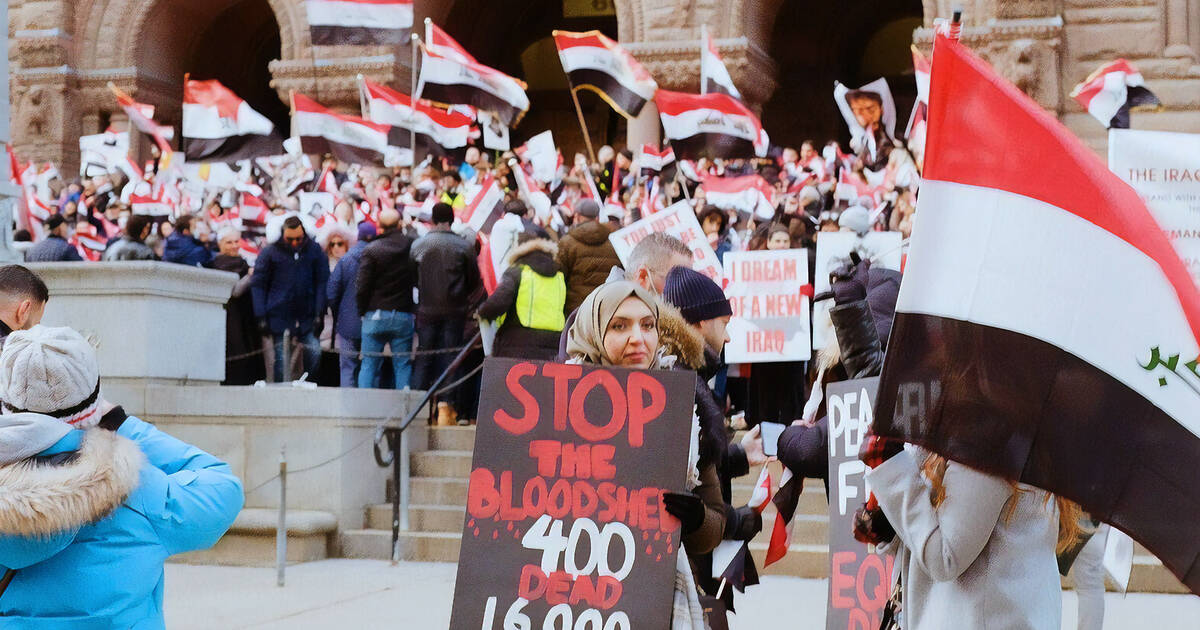 Hundreds of Torontonians crowded in front of Old City Hall on November 23 to show their support for the Iraqis who have been protesting their country's government — and facing violence for it — since early October.

Tens of thousands have been injured and more than 300 killed in the protests, which are demanding change amid a corrupt government and lack of basic public services and livable economic conditions.

The peaceful demonstrations and the Iraqi government's response to them have quickly escalated, with the latter employing deadly force including snipers to try and quell the uprising.

The coalition government, led by Prime Minister Adel Abdul Mahdi, has also cut off internet services and imposed curfews across the country in the face of the unrest.

Hundreds of Iraqi Canadians protest in downtown Toronto. They’re denouncing violence towards protesters in Iraq. They also want the Canadian government to speak out about it pic.twitter.com/0UhELAppCJ

Those protesting are largely young people who are dissatisfied with the political system that has been in place in Iraq since the fall of Saddam Hussein's regime in 2003.

The dissension has been the most palpable in decades of the country's history, and is taking place across Iraq, focused around Baghdad and the south.

Demonstrators in Toronto on Saturday were not only standing with protesters in Iraq, but also calling for the Canadian government to acknowledge and speak out against the human rights offences the Iraqi government has committed against protestors.

by Becky Robertson via blogTO
Posted by Arun Augustin at 7:57 AM