This is how people reacted to the Canada-wide emergency alert 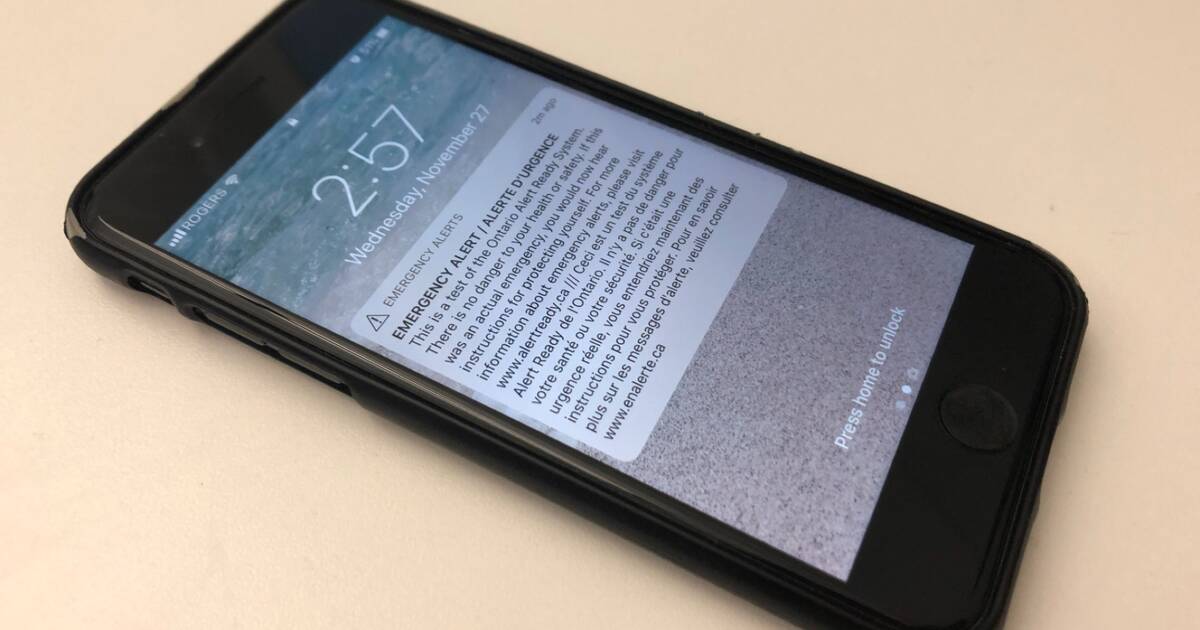 If your phone made a disturbingly loud noise that was accompanied by an emergency message at precisely 2:55 p.m. this afternoon, you were far from alone.

A national test of the Alert Ready system is being conducted across Canada today at different times depending on the province.

So thankful for this system. It saves lives! #emergencyalert pic.twitter.com/Uymmy78juZ

The system is meant to send out an urgent message in the case of an emergency or threat to public safety.

The Ontario alert arrived right on time this afternoon, and as per usual, everyone has something to say about it.

The test of the #emergencyalert just went off (which is super-fun when you're wearing headphones and in the middle of a conference call) but it's actually good to know this exists and works. I can't wait for the 6pm news about all the people who called 911 to complain about it.

Many are simply posting that the alert worked the way it should have, while highlighting the importance of this kind of system.

Did you get your alert? Just a test! It was supposed to go off at 2:55pm. I don’t know who needs to hear this but remember that calling 911 because of the alert is exactly what you’re *NOT* supposed to do🗣🗣🗣 #ThatIsAll #EmergencyAlert 🙇🏾‍♀️ pic.twitter.com/B5X8tGSad4

Others are warning that calling 911 is not the right response to a potentially-life saving alert.

In fact, there might actually be more people complaining about complainers than those actually whining about the alert.

But of course, it wouldn't be an emergency alert without at least a few grumpy Canadians complaining that the noise woke them from their beauty sleep.

And a select few didn't complain about the alert itself, but they did suggest the sound be changed to something slightly less alarming.

I have only one thing to say. They must change the sound. No one wants to have a heart attack. #emergencyalert

Some also took to social media to complain about how the alert messed with their electronic devices.

And many made fun of the robotic voice's attempt to read the french portion of the alert.

My Google Assistant trying to read out the French text in that #EmergencyAlert Test... pic.twitter.com/UzmnUwCCyb

And while it seems people are complaining about this alert far less than usual, there's a good chance it's simply because this one didn't go off in the middle of the night.

by Mira Miller via blogTO
Posted by Arun Augustin at 1:35 PM