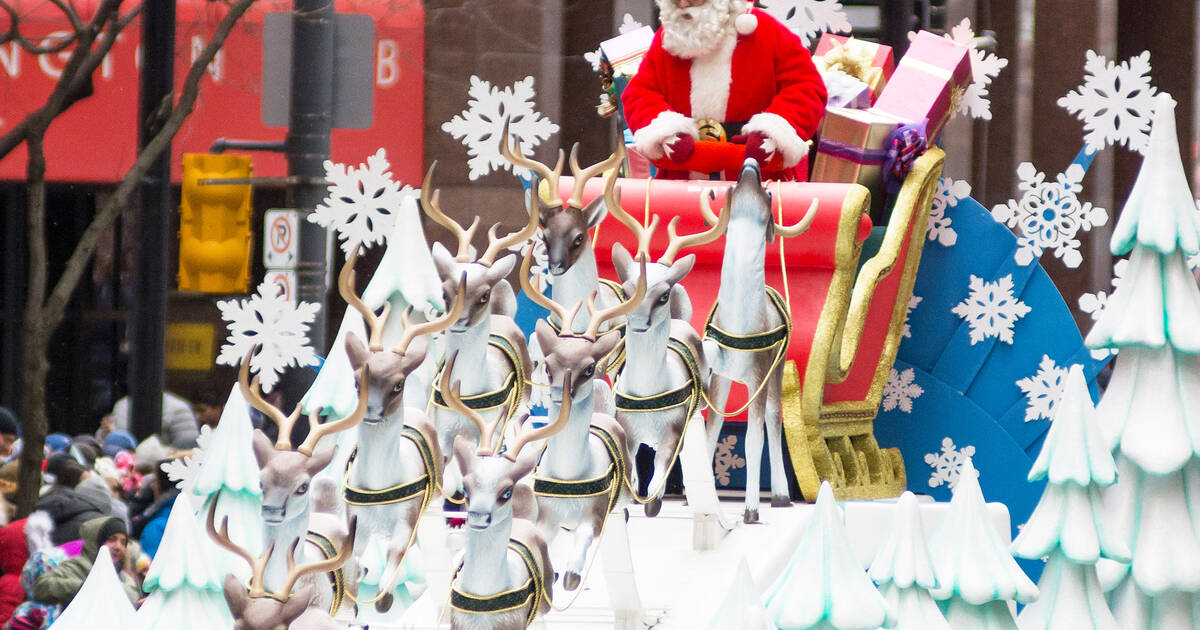 Santa Claus has finally come to town as things to do in Toronto today include the Santa Claus parade and its new route through the city. If you're looking to start tackling your gift list, the Bellwoods Flea is back while the Christmas Market and Indie Week continue.

Santa Claus Parade (November 17 @ Bloor Street)
Santa Claus is coming to town during this massive parade with festive floats travelling through the city along a new route this year.
Clairo (November 17 @ The Danforth Music Hall)
This is the second of two (and the one with tickets left) Clairo shows that will see the budding singer and musician make her solo Toronto debut.
Trinity Bellwoods Flea (November 17 @ The Great Hall)
Candles, clothing, chocolate and cards are just some of the many goods available from local makers at this big market with everything for the holidays.
Shortfish (November 17 @ The Royal Cinema)
Part of Taste of Iceland, this film festival includes shorts that centre on the work of up-and-coming Icelandic filmmakers.
Tea-Quila Dance (November 17 @ Gladstone Hotel)
It's been one year of Miss Coco's Drag Bunch at the Gladstone and this big afternoon party is ready for a day of fun with music and performances.
Hip Hop Sounds (November 17 @ The Baby G)
Toronto's hip-hop scene has never been hotter and this showcase brings together the best up-and-coming names in the city for a night of fresh flows.
Indie Week (November 13-17 @ Multiple Venues)
Indie Week continues today with performances by musicians from all over North America at spots across the city, plus lots of special programming.
Toronto Christmas Market (November 14 - December 22 @ The Distillery District)
The holiday season is just getting started as the Christmas Market opening weekend continues with food, drinks, music, performances and more.
Taste of Iceland (November 14-17 @ Luma)
Taste of Iceland warps up today but not without one more day of Icelandic culture with special dishes prepared by Chef Gísli Matthías Auðunsson.
Syria Film Festival (November 15-17 @ Art Gallery of Ontario)
There's still another day to check out a selection of films that look at issues facing Syria, like life under siege, child marriage and arriving in Canada.

by Lisa Power via blogTO
Posted by Arun Augustin at 10:14 PM