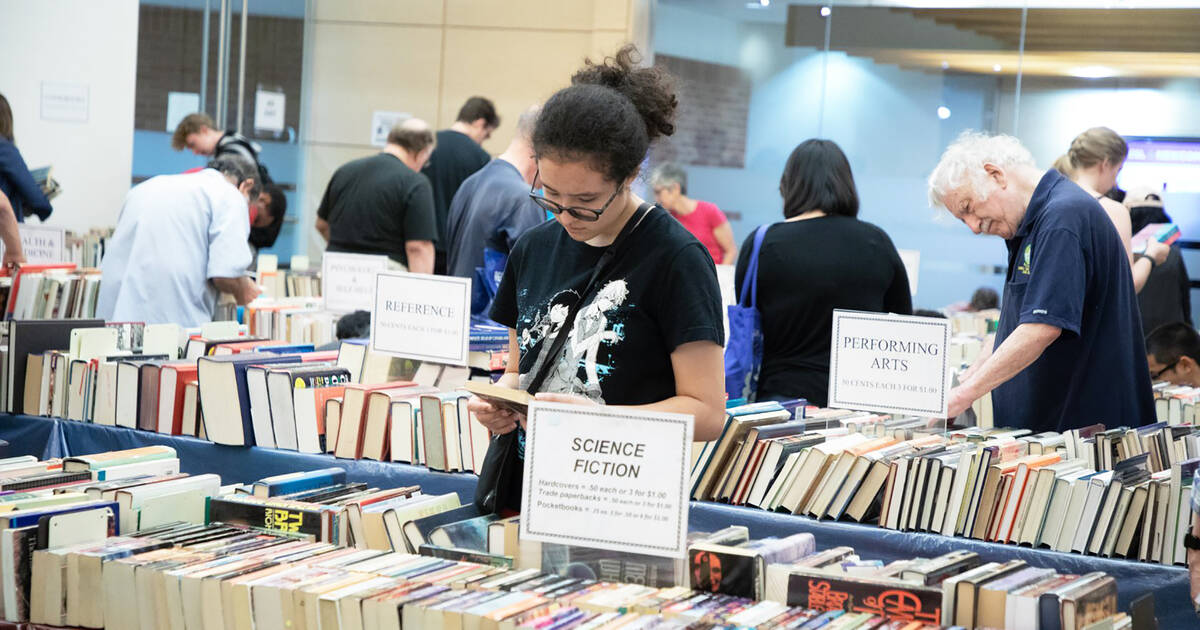 We're inching toward the weekend but things in Toronto today are ready to get the fun started with a huge book sale at the Reference Library and the return of the One of a Kind Show. Prepare to get spooked at the Blood in the Snow Film Festival and there's lots of music, comedy and more.

Teebs (November 21 @ Adelaide Hall)
L.A. producer Teebs goes deep with hip-hop-inspired electro beats that have had the likes of Panda Bear and Sudan Archives sing over them.
Okinawa Film Series (November 21 @ The Japanese Fundation)
The second part of this short film series explores seven works that celebrate the diverse and rich culture of Okinawa, its people and their stories.
Charly Bliss (November 21 @ Lee's Palace)
Things are about to get gnarly with Charly and her band of power-pop misfits and their sound that's reminiscent of the pop-punk days of old.
Habitat (November 21 @ One Loft)
The vibes are right for a house dance party with Toronto's own DJ duo Manzone and Strong spinning the smooth grooves alongside Joee Cons.
Bush Party (November 21 @ Comedy Bar)
The ladies are back and ready to laugh as some of Toronto's best female stand-up comedians take the stage for a night of absurdity.
Toronto Reference Library Book Sale (November 21-23 @ Toronto Reference Library - Beeton Hall)
Calling all bibliophiles for another edition of this massive book sale with thousands of used items up for grabs on the cheap.
Gourmet Food & Wine Expo (November 21-24 @ Metro Toronto Convention Centre)
Back again is this huge expo that showcases gourmet foods from all over the world, plus a huge selection of wines and drinks and lots of programming.
Blood in the Snow Film Festival (November 21-26 @ The Royal Cinema)
Six nights of thrilling horror and genre movies are on from the most twisted Canadian filmmakers to keep you on the edge of your seat.
One of a Kind Winter Show (November 21 - December 1 @ Enercare Centre)
Back again is this massive show featuring makers and artists from all over the country dropping by to sell their speciality crafts and products.
Hilary Duff Fan Club (November 21 - December 19 @ Bad Dog Comedy Theatre)
Let the rain fall down, this show is coming clean with a night of music by the one and only Disney queen Hilary Erhard Duff.