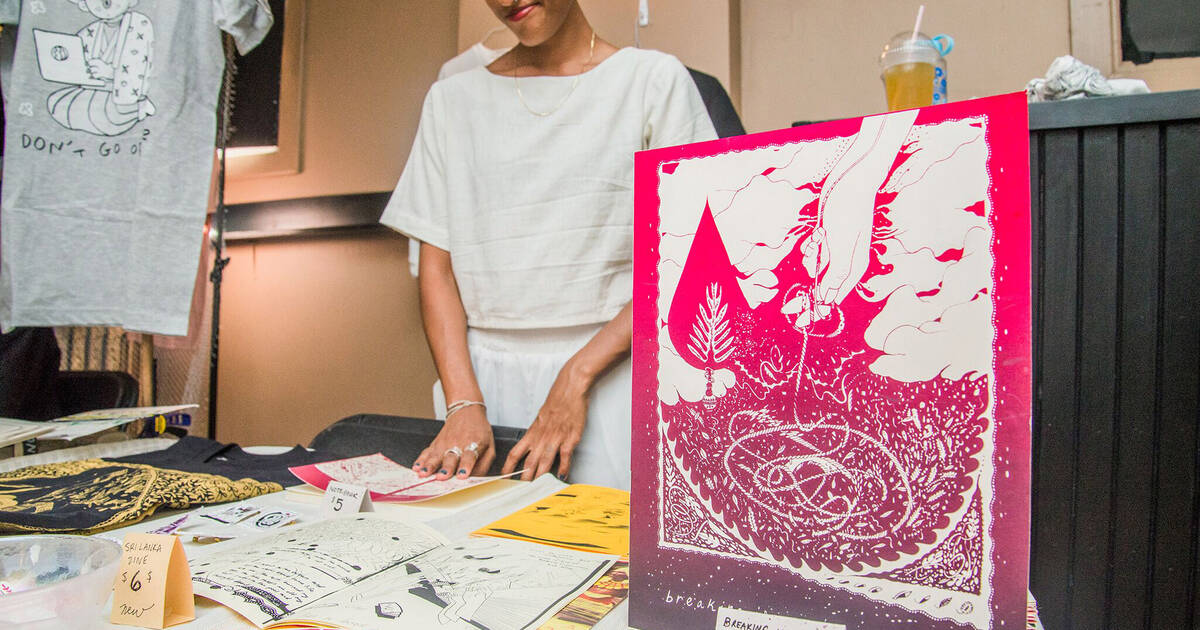 It might be dreary outside but things to do in Toronto today are full of life with a zine fair, 80s dance party and sketch comedy film festival. You just might catch people running around in their undies and there's a big celebration of Mexican culture.

2SQTBIPoC Arts & Zine Fair (November 9 @ Toronto Media Arts Centre)
Back again is this zine fair dedicated to work by local artists that are two-spirit, queer and trans, Black, Indigenous and/or people of colour.
Undie Run (November 9 @ The Citizen)
Folks are getting ready to strip down and run through the city in their undies during this annual Movember fundraiser to raise awareness for prostate cancer.
Wavelength Monthly (November 9 @ Brothers Dressler)
Get to know the country's music scene as musicians from different genres make their way to Toronto for a night of music with Munya and DijahSB.
Parkdale Flea (November 9 @ Northern Contemporary Gallery)
Back again is this flea with unique items made by local vendors and cool new finds, including gifts, bath and beauty, home and clothing.
The Great Canadian Sketch Comedy Film Festival (November 9 @ Carlton Cinema)
Get ready to laugh as this film festival showcases some of the best sketch comedy films from around the world.
Big Wild (November 9 @ The Danforth Music Hall)
Get ready to groove to some stellar electro tunes that mix in funk, EDM and bass sounds being played alongside EVAN GIIA and Ark Patrol.
Forever Young (November 9 @ Figures)
Crimp your hair and get ready to shake your booty at this 80s dance party with all the best new wave, late-disco, early rap and pop hits of the decade.
Kochetkov Pop-Up (November 9 @ Necessary)
Canadian designer Alyona Kochetkov's looks are a fresh, minimalist take on streetwear and a selection of her newest line is available at this pop-up.
Business Woman's Special (November 9 @ Round)
It's been ten years of high-powered queens taking the stage during this Saturday night dance party series and it's about to celebrate all-things drag.
Día de los Muertos (November 9-10 @ Harbourfront Centre)
Back again is this big celebration of Mexican culture with a weekend of traditional Día de los Muertos festivities like food, music, films and more.

by Lisa Power via blogTO
Posted by Arun Augustin at 10:27 PM