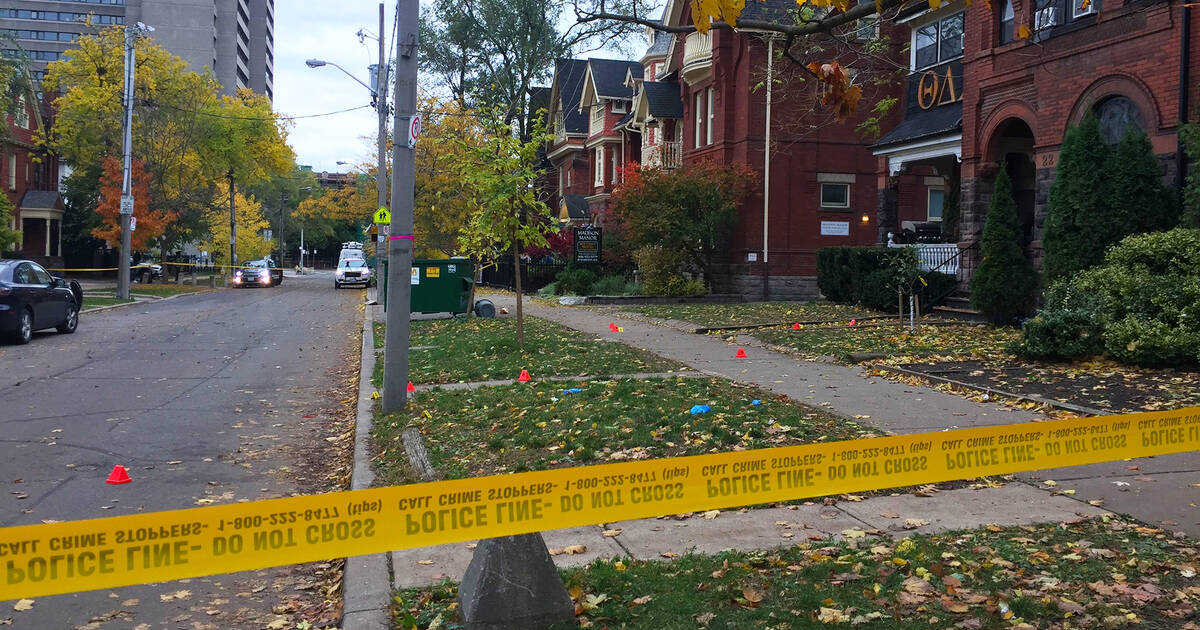 In the wake of a spate of shootings across the city, the violence in Toronto continued last night with a stabbing in the Annex.

At least five people were injured after a fight broke out at a fraternity Halloween party near Madison Avenue and Bloor Street West, which apparently had more than 200 partygoers.

News sources reported anywhere from three to seven people were actually stabbed, but police confirmed this morning that only three people suffered stab wounds from the incident.

Two more victims sustained "other injuries," though the police did not expand on the nature of those injuries.

A sixth potential victim showed up at a hospital in the area after the fight, though police haven't yet confirmed if their injuries are related to the incident.

UPDATE: Police confirm one man and a young girl under 18 years old have been arrested after FIVE people were injured at Halloween house party. 3 of those ppl stabbed. No details on the other injuries. No public safety concern. pic.twitter.com/ptGfO4YQ8s

A man and a woman, both under 18 years old, were arrested in connection with the stabbing. There is no public safety concern, though the area is still cordoned off this morning as police investigate and collect evidence.

Mayor John Tory said he's "perplexed and disturbed" at the recent acts of violence in Toronto, which also included a fatal shooting near an elementary school in Brampton early this morning.

by Becky Robertson via blogTO
Posted by Arun Augustin at 7:41 AM