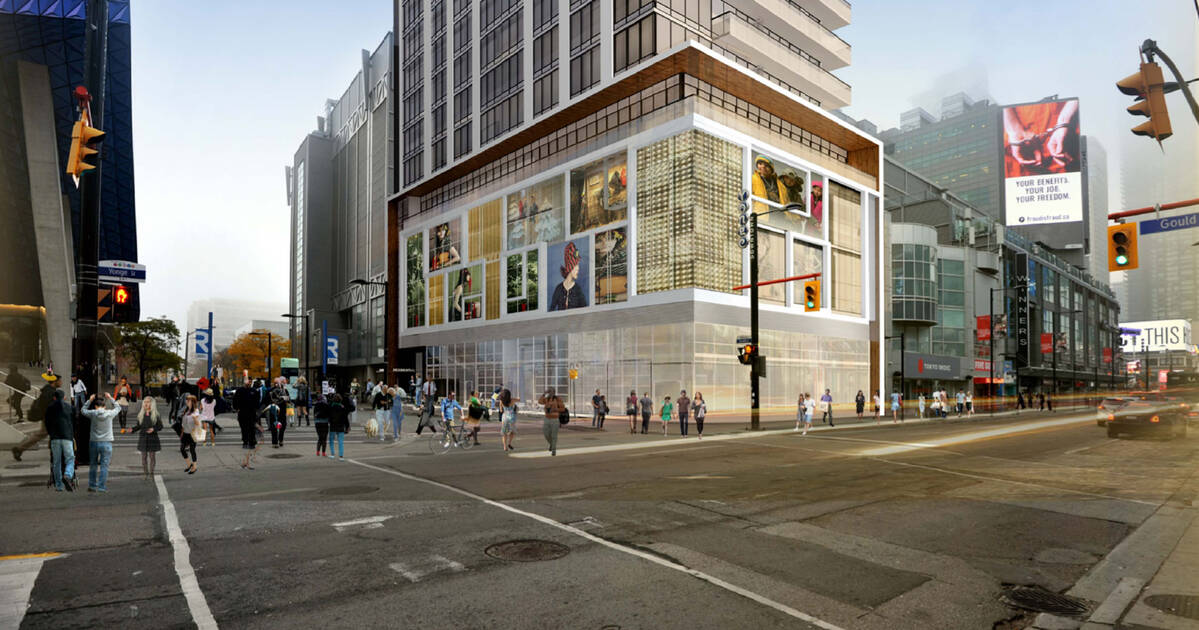 Ryerson students may soon have to dodge heavy construction to get to the Student Learning Centre, thanks to a new tower at Yonge and Gould.

A new project 30-storey development is being proposed for 335 Yonge Street, currently home to a cluster of food trucks and the future home of a new downtown Jollibee.

The Filipino fried chicken mega chain will apparently sit on the ground level of this proposed building from The Lalani Group and Bousfields Inc., who submitted the plans last Friday. 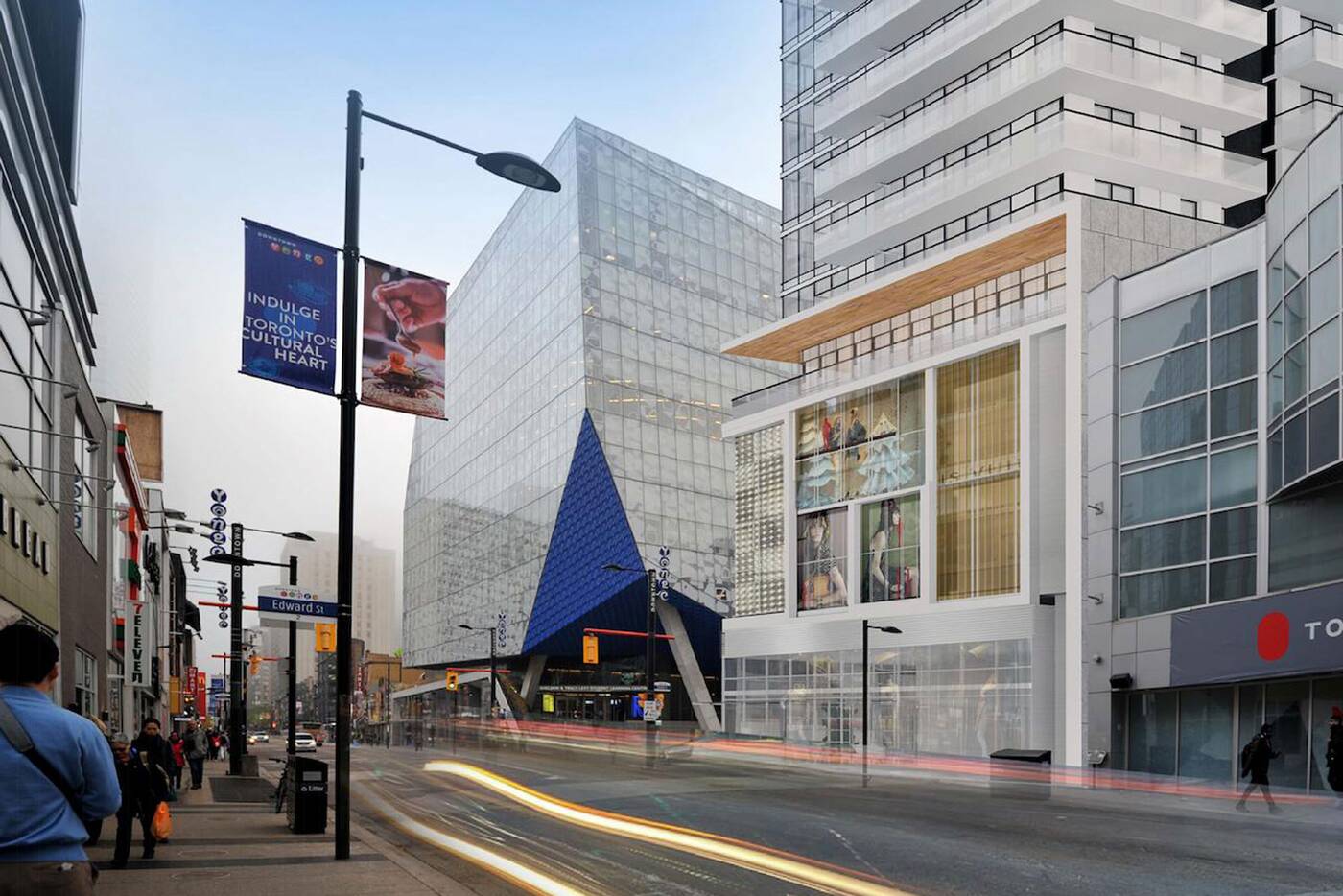 The proposed 30-storey building will have 165 rental units and zero parking spots. Photo by Zeidler via City of Toronto Development Application

If the City approves the plans, the former site of the 123-year-old William Reynolds Block and Empress Hotel (which was burned down by an arsonist in 2011 and has since been torn down) will become the site of 165 new rental units.

The living spaces will span from the 5th floor up to the 30th, with a mix of studios, and one- to three-bedroom apartments.

When complete, the building will sit snugly next to the Tokyo Smoke outpost at 333 Yonge St. and the businesses at 10 Dundas Street East.

One of the more interesting aspects of the project is that, according to architectural renderings from Zeidler, the building will offer a grand total of zero parking spots, given the apartments' close proximity to transit. 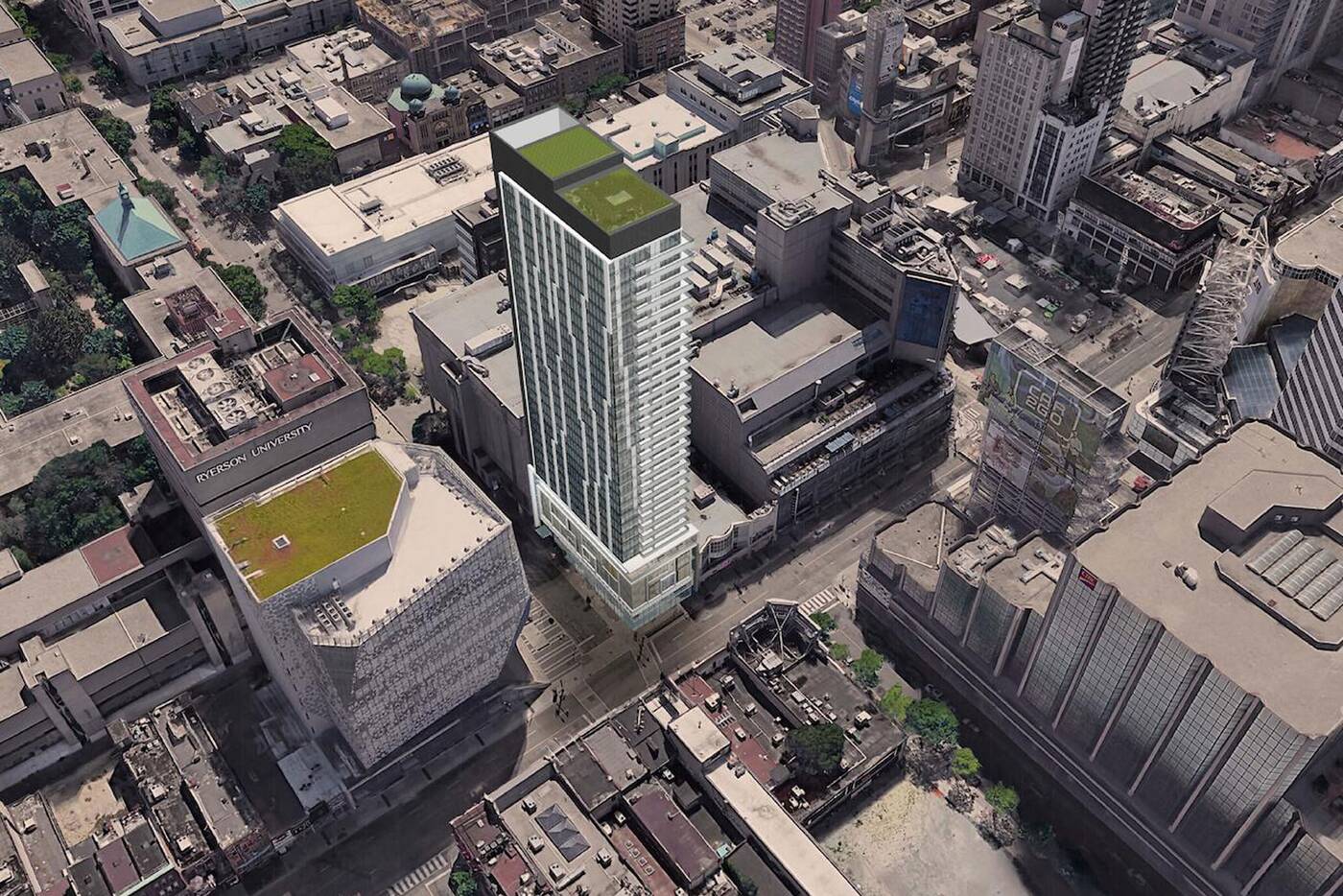 The rental building will sit directly across from Ryerson's SLC building. Zeidler via City of Toronto Development Application.

Bicycle parking, however, will be aplenty, with 222 underground spots available.

According the development application, " The proposal will provide additional housing opportunities in the area, including
for Ryerson students and graduates," though it's unclear as to how affordable the units in the proposed building will be.

by Tanya Mok via blogTO
Posted by Arun Augustin at 6:07 AM