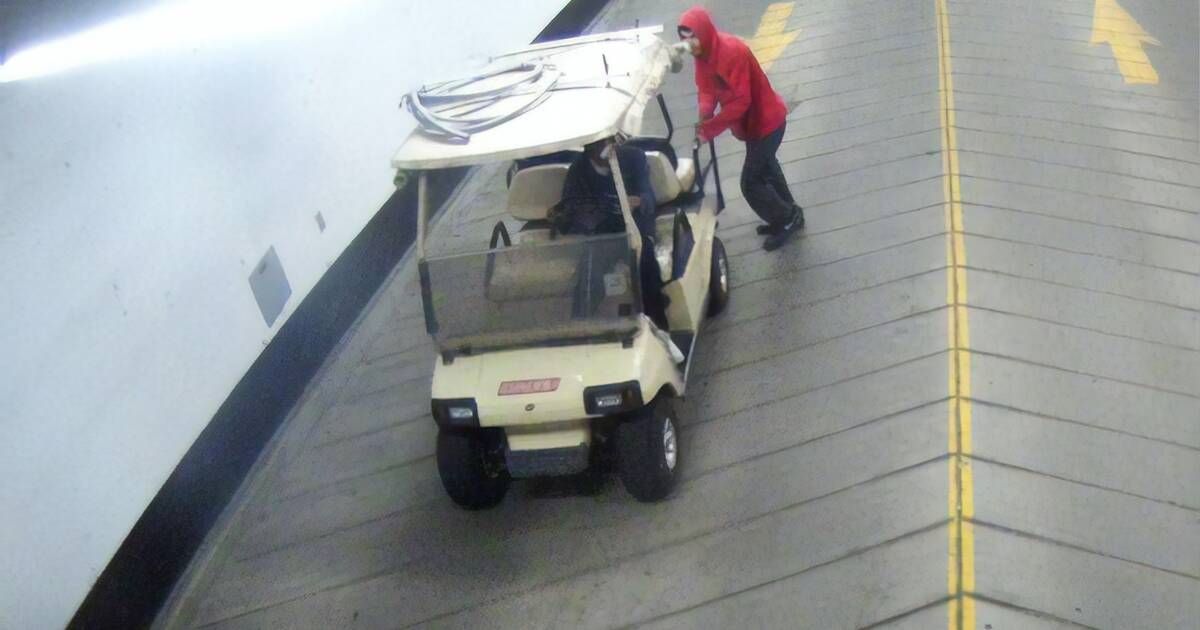 Stealing a golf cart may be a rite of passage for rambunctious country teens, but it's theft nonetheless — and big city cops are a lot less forgiving of your drunken hijinks than farmers.

Two men are wanted by Toronto Police as part of a theft over $5,000 investigation involving a golf cart and what appears to be a John Deere "Gator" utility vehicle. 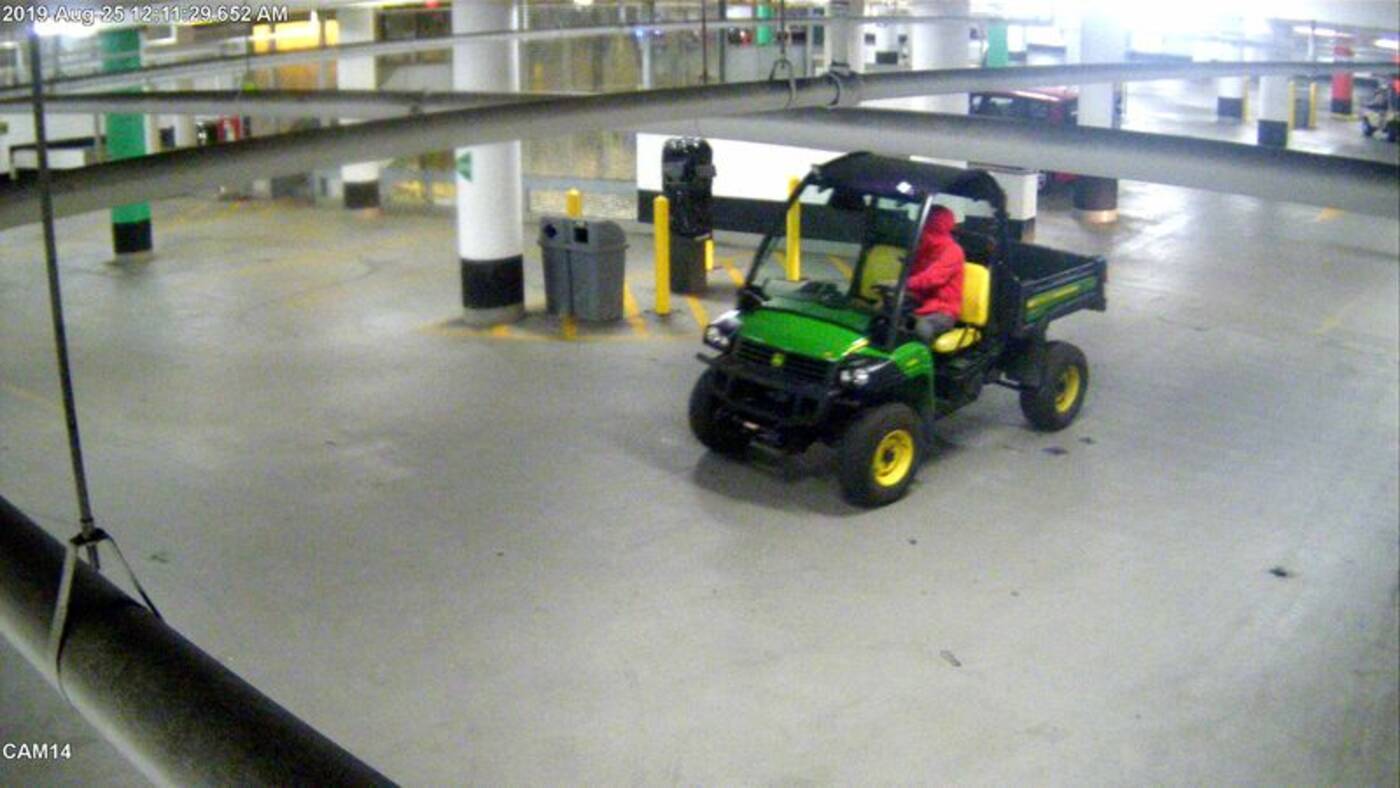 Police said in a news release on Tuesday that two men were caught on camera entering a parking garage beneath Toronto's Harbourfront Centre on August 25 around 2 a.m.

The suspects are alleged to have "started a golf cart and drove away in an unknown direction." 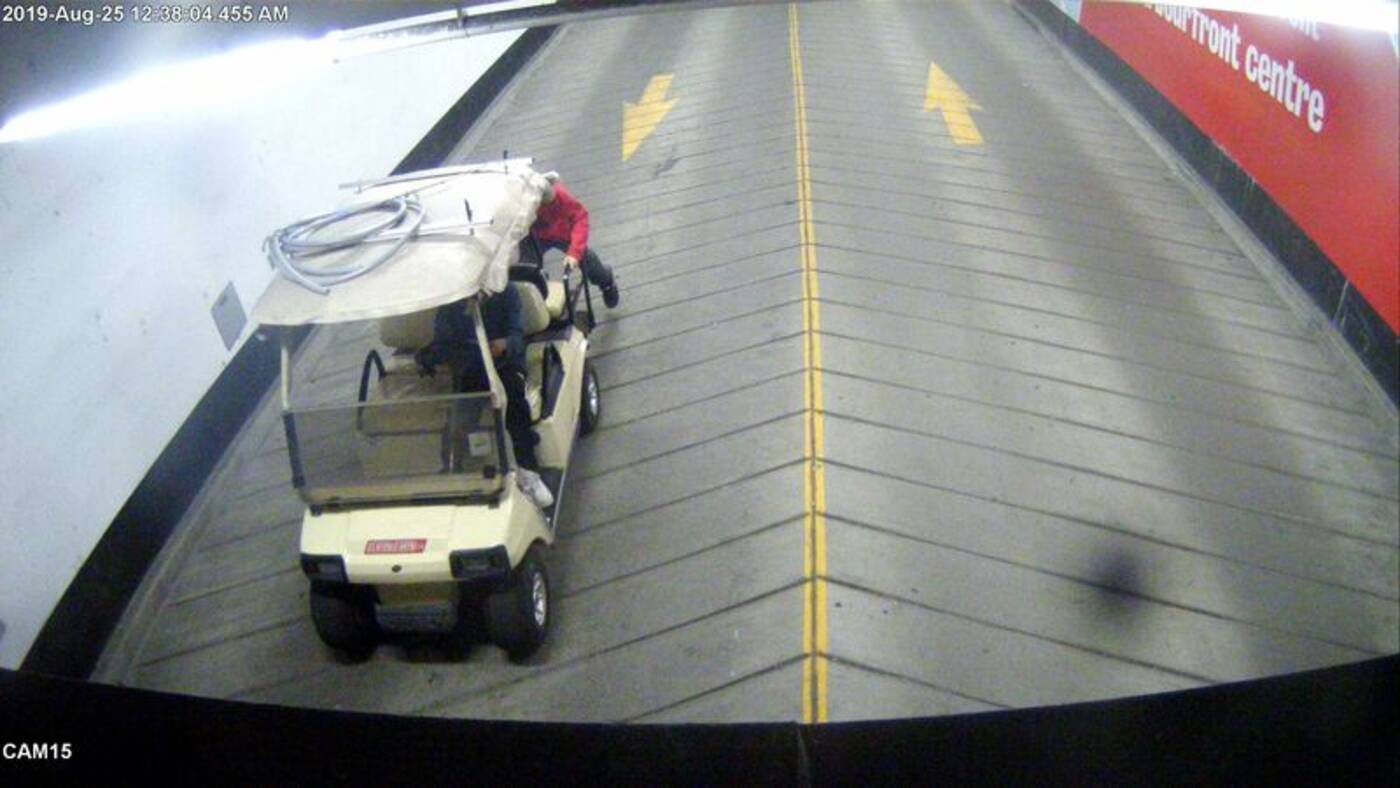 Security cameras caught the duo sitting in two motorized mini-vehicles, but only one is the subject of this Toronto Police Service investigation.

Police are requesting the public's assistance in identifying the suspects, pictures of whom can be seen on the TPS website. 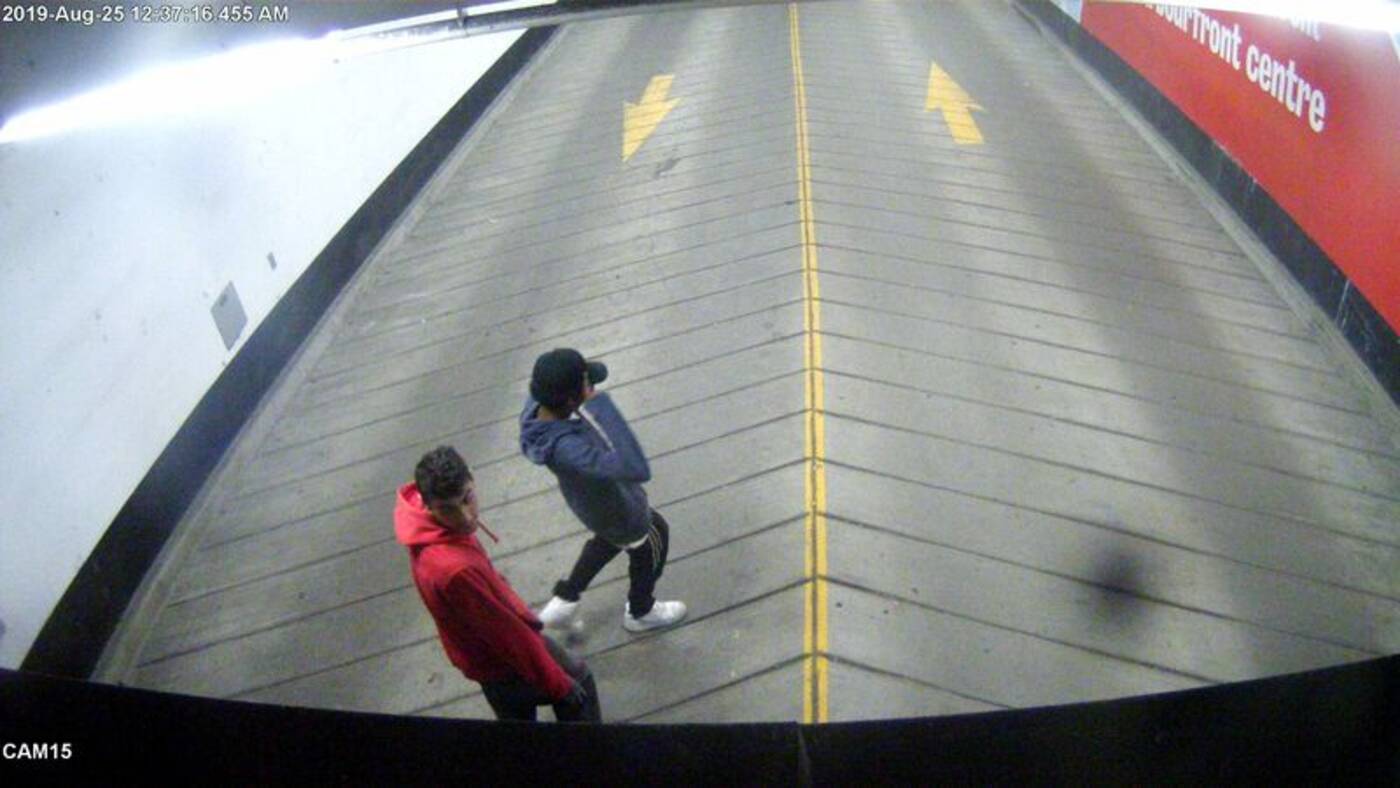 Descriptions of the men were not released by police, but judging by the pictures — and their actions — they seem pretty young.

by Lauren O'Neil via blogTO
Posted by Arun Augustin at 11:05 AM