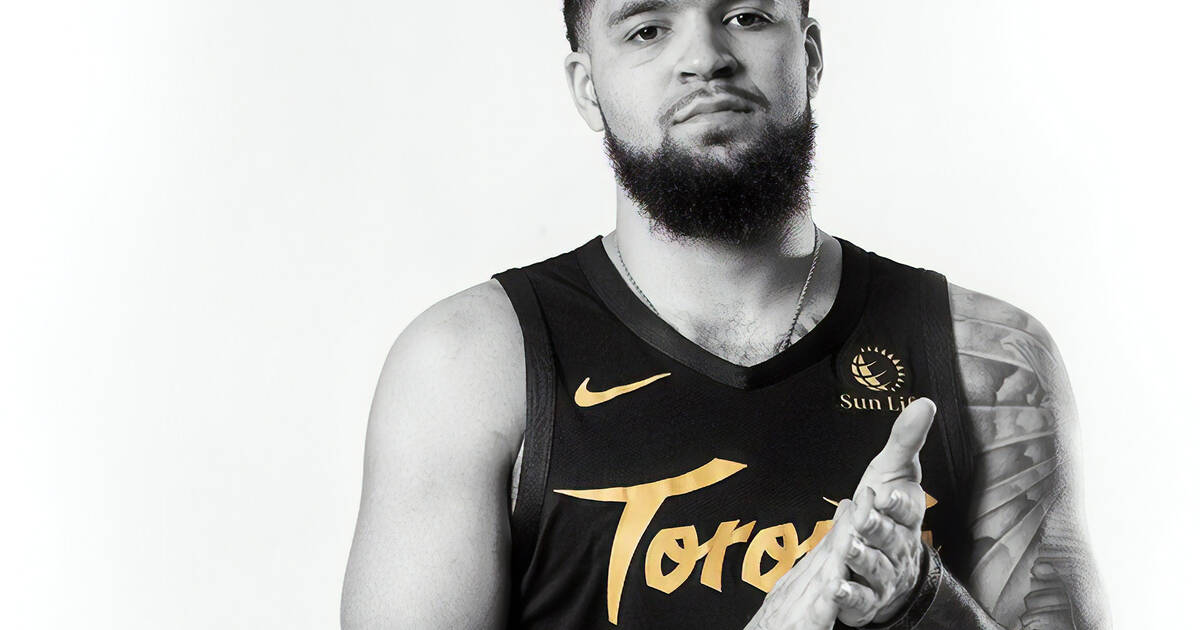 The Toronto Raptors have just revealed their new City Edition jerseys (which prompted a divided response from fans after the design was leaked earlier this week) along with the dates of this season's special Welcome Home games.

The 2019-2020 season be the third year of the team's Welcome Toronto project, through which it honours its home city by donating money to Canada Basketball, as well as to renovating local basketball courts. It's a partnership with Drake-owned brand OVO, which also designs the limited edition jerseys.

Inspired by the game, culture & community that shapes our City.

This year's City Edition uniforms feature "Toronto" across the front in a typeface many fans will remember from the team's late-90s logo and dino jerseys, which are being brought back for 2020 as part of an all-around throwback moment the team seems to be having for its 25th anniversary.

The black-and-gold fits also have jagged lines down the sides — another 90s nod — and six triangles on the back to represent the 6ix, which player Fred VanVleet showed off in a series of photos released today.

Part of the Welcome Home movement also means some marked home games, where team members will sport their new uniforms with pride.

This year, the games will take place on November 27 (against the New York Knicks), December 25 (against the Boston Celtics), January 17 (vs. Washington Wizards), February 21 (vs. Phoenix Suns), March 16 (vs. Golden State Warriors) and March 24 (against the L.A. Lakers).

The new jersey officially launches (and will be available to fans) on the day of the first Welcome Home game.

by Becky Robertson via blogTO
Posted by Arun Augustin at 9:19 AM