Someone created a minimalist map of Toronto's weirdest intersections 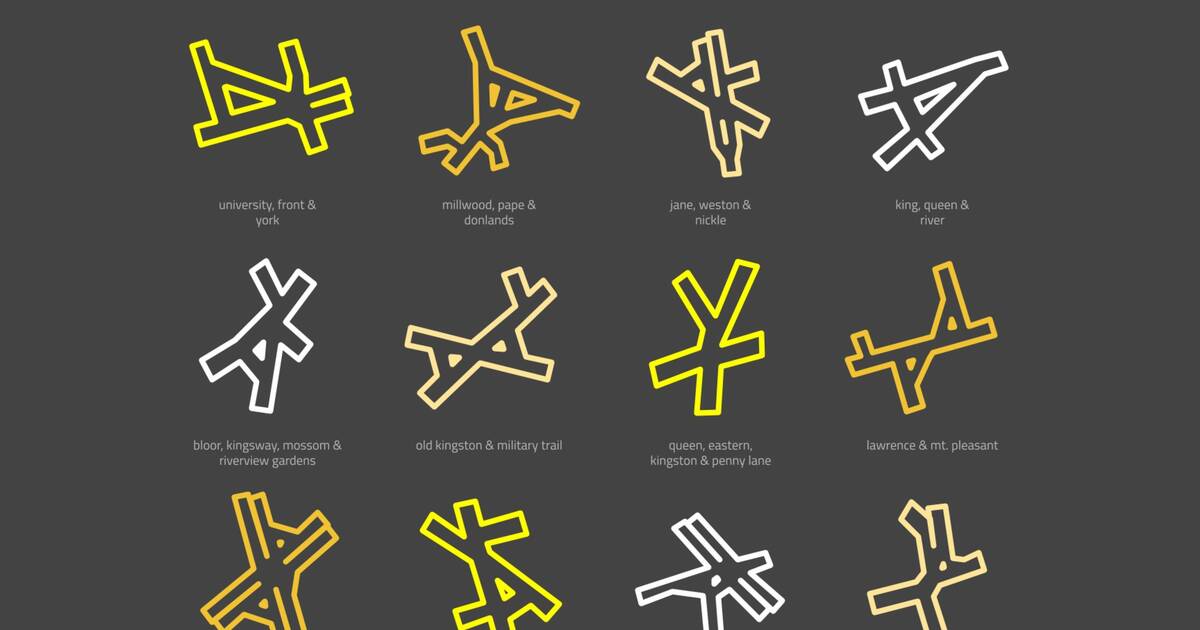 Toronto is known for many things, and one of them is the multitude of confusing and busy intersections scattered around the city.

One artist was so taken with their variety of shapes and sizes, he decided to make a minimalist map of some of the city's main intersections.

Peter Gorman said he was on a one-year, 11,000-mile, solo bicycle trip around the U.S. and Canada when he decided to create the artistic maps of some of the places he visited.

He said he stayed in Toronto for one night during the final leg of the trip, and he was inspired to portray some of Toronto's weirdest intersections in a different and creative way.

"The maps are a way to represent places in a subjective and playful way," he said. "While they look great on the wall, I don’t think they would be very much help in navigation."

Some of the wonky intersections depicted in Gorman's map include University, Front and York; Gerrard and Parliament; Dundas, Lansdowne and College; and Lawrence and Mt. Pleasant.

Gorman posted the map on Reddit earlier this week, and the responses have been quite positive so far.

"This is part of a series I've been working on: the Intersections of different cities," he wrote alongside the map.

Intersections of Toronto from r/toronto

The post has been 99 per cent upvoted, and many are saying Gorman should frame and sell them.

"Artistic accomplishment aside, I think you may have a marketable product on your hands here. I can absolutely see these hung or even framed. Well done," one Reddit user wrote.

"I'm not sure why I love this, since it's a source of frustration and absurdity in real life, but I do...! Well done!," another wrote.

Beyond just compliments, some Reddit users are also taking the opportunity to provide some constructive criticism.

One user said the Front, Church and Wellington intersection should replace Church and Wellesley to better stick with the theme, while another wondered why Roncy, Queen, King and Queensway wasn't included.

Someone also pointed out a few errors in the intersection of Bloor, Kingsway, Mossom and Riverview Gardens.

But for the most part, Reddit users were taken with Gorman's artistic portrayal of Toronto's messy intersections.

"I have a long list of requests for intersections from cities abroad which I hope to start working on," Gorman said. "And I’m also going to take some time to make some maps of the Pacific region."

He also said he'll be publishing a book of 100 maps later this winter.

"The response has been overwhelmingly positive," he added. "I started sharing the maps online as a hobby, but I’ve been able to take them full-time."

by Mira Miller via blogTO
Posted by Arun Augustin at 11:17 PM