Someone in Toronto carved all 100 Generation 2 Pokemon into pumpkins 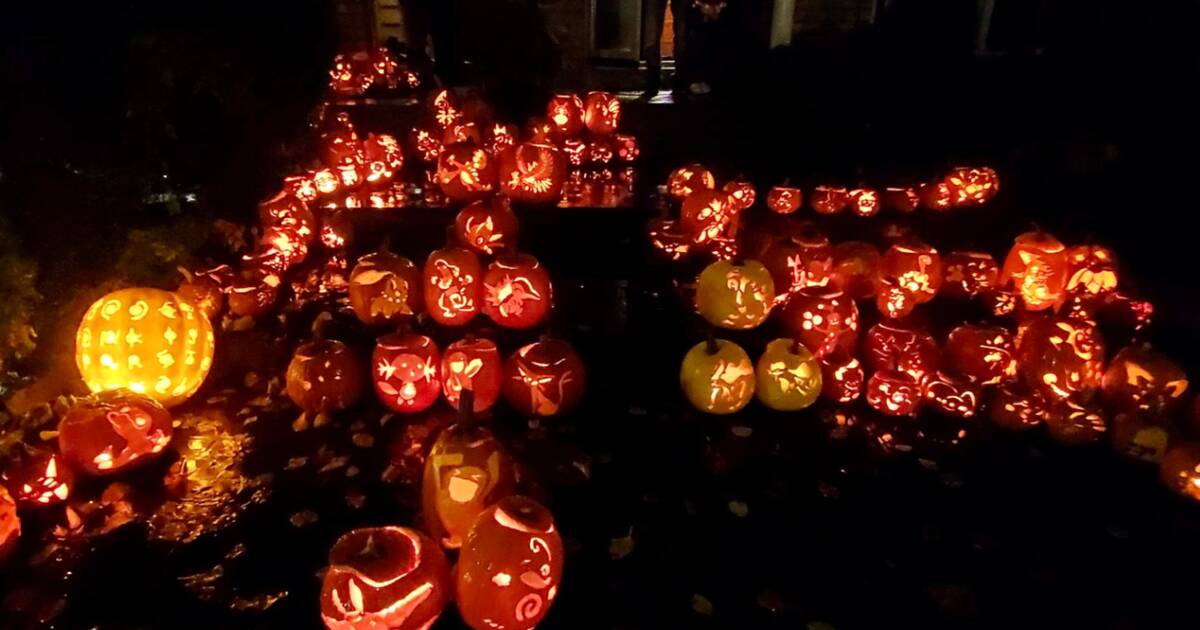 Many Toronto residents go hard on Halloween and put serious time and effort into their costumes and pumpkins — but no one goes above and beyond like Adrian Kieda.

Last year, the Toronto-based animator and content developer made headlines and blew up Reddit when he carved all 151 original Pokemon into pumpkins.

And now he's done it again.

This year Kieda carved all 100 Gen 2 Pokemon and shared the results on Reddit, and the Internet is currently having a field day.

We carved all the Gen 2 Pokémon!! Here is a video with all 100 Pokémon from r/pokemon

Kieda wrote online that it took six days and $200 worth of pumpkins to make the project happen, but the results are pretty unbelievable.

On top of carving all of them, he managed to light up every single one and put them out for trick-or-treaters last night.

"Despite the rain, managed to get all the Gen 2 Pokemon out!," he wrote last night. "See 'em on Tarragona Blvd."

Despite the rain, managed to get all the Gen 2 Pokémon out! See em on Tarragona Blvd from r/toronto

And on top of treating every passerby to the sight of the 100 pumpkins, Kieda also said he handed out Pokemon cards to those lucky enough to walk by his house.

Reddit users are currently (and understandably) fawning over Kieda's creation, and many of them can't quite believe he pulled it off.

"I've never been more proud to be a Torontonian. Those pumpkins are epic. You win Halloween. Congrats," one user wrote.

"This is the best set of 100 pumpkins I have ever seen," another wrote.

This year we carved all the Gen 2 Pokémon!! Here is a photo <3 from r/pokemon

And thankfully, the pumpkins won't be going to waste.

"All the innards are composted and a good chunk of the pumpkins will be donated to an animal shelter (for food)," Kieda said.

One Reddit user asked if Kieda plans to carve all of Gen 3 next year, to which he said he just might.

But no matter what Kieda chooses for next year's project, we already know he'll be the very best, like no one ever was.