Toronto is already fed up with the TTC winter commute 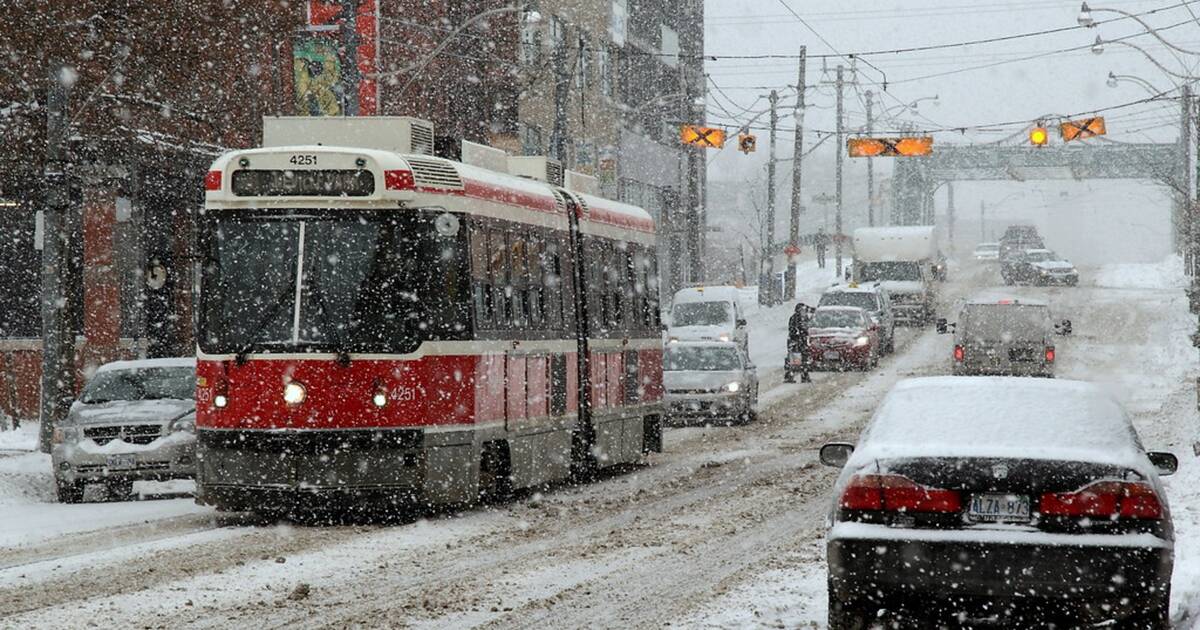 The snow is currently coming down hard in Toronto, and it doesn't look like it has plans of stopping anytime soon.

The city is expected to accumulate up to 15 cm of snow by the end of today, and already Toronto residents seem to be fed up with the chaos that comes with commuting in the winter.

The return of the snow seems to throw the TTC for a loop every year without fail, and commuters are then forced to deal with packed vehicles, service delays and just general chaos for pretty much the entire season.

Now that the snow has returned once again, Toronto residents are taking to social media to complain about everything that frustrates them about the winter commute in Toronto.

Toronto in winter: we get a quarter inch of snow and the #ttc shits itself and shuts down. What a waste of time.

Some are complaining about the increase in traffic during the winter months, stating that it takes extra long to get wherever you're going when the ground is covered in frozen water.

Ouf. I don't miss those hours long commute through Toronto in winter. I remember spending hours sitting on the 413/ 401 in traffic (both to and from school) when it snowed.

Others are are grumbling about the way passengers "[pack] streetcars like sardines," and avoid paying their fare more frequently during the season.

And so begins another year of #TTC winter commutes with 75% of riders boarding w/o tapping, packing streetcars like sardines so paying riders can't board. 4 boarding points and no enforcement = primarily free riders, and terrible service for paying customers. This blows. #toronto

Meanwhile, some are poking fun at the fact that TTC delays and shutdowns are basically constant throughout the winter.

Torontonians: It's winter. It's getting colder

TTC: Alright here are the lists of shut downs and early night closures for the people in Toronto for the next couple of months

And others are pointing out how ridiculous it is that Toronto just can't seem to figure out how to handle winter, despite the fact that it arrives every single year.

I always find it hilarious that Toronto will issue a special weather statement ahead of the 1st snowfall & then the TTC breaks down like clockwork & everyone's angry & it's Groundhog Day once again. IDK winter happens every year & we still haven't figured it out

Some are even saying TTC malfunctions during the snowy weather are basically part of Toronto's identity at this point.

Half the TTC not working in winter is Toronto culture.

But despite moans and groans from frustrated residents, we'd all better get used to slower and messier commutes, because winter is officially here to stay.

by Mira Miller via blogTO
Posted by Arun Augustin at 9:32 AM