Toronto skunk rescued after getting head stuck in McFlurry cup 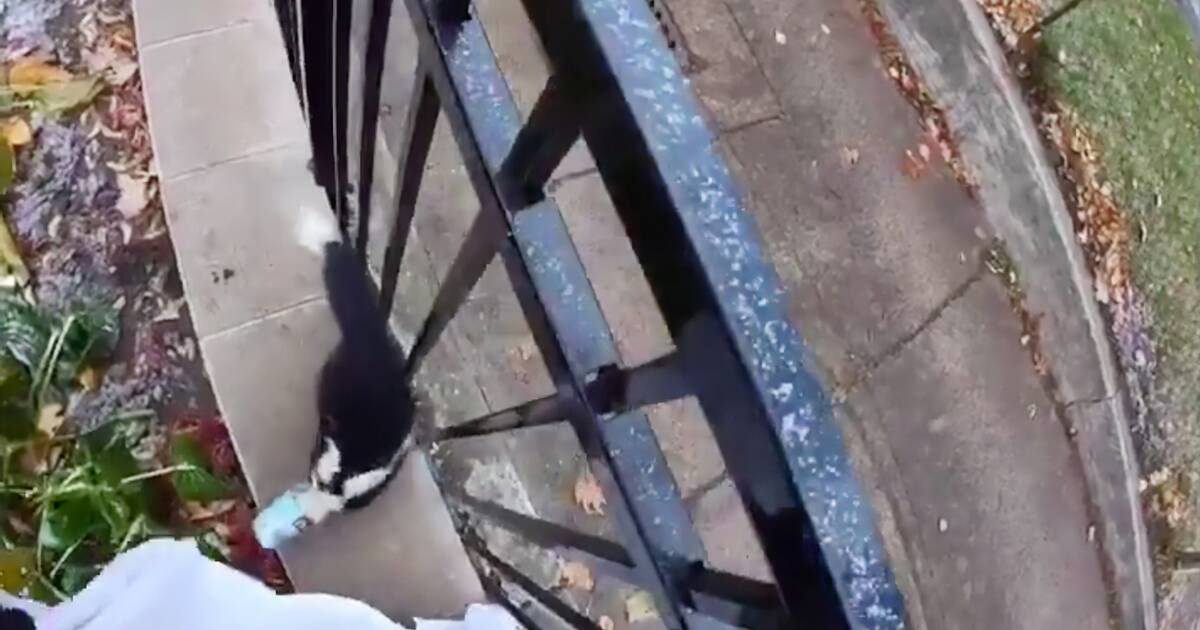 Humans aren't the only creatures who'll jeopardize their health for some sweet McTreats. We are, however, the only species on this planet who will do so consciously.

A Toronto-based skunk found himself in quite a pinch this week after attempting to sample some ice cream left at the bottom of a discarded McFlurry cup.

After sticking his head through the cup's plastic, dome-style lid, his head became lodged inside. The cup was not only obscuring his ability to see and eat, but threatening his life.

Luckily, Toronto Animal Services were called to the residential property where the skunk was found. They located him quickly to remove the garbage from his head.

#WildlifeWednesdays: skunk stuck in a McFlurry! Luckily, we were able to arrive before the skunk disappeared and even more luckily, we realized that the clear plastic ring was also stuck around his neck, which is bad as his air circulation can be cut off quickly. pic.twitter.com/TKwqIr6Jog

"Even more luckily, we realized that the clear plastic ring was also stuck around his neck, which is bad as his air circulation can be cut off quickly," noted the TO Animal Services Twitter account of the rescue.

"The first thing we did was remove the plastic ring. It's very tempting for skunks to be tempted by leftover drinks or ice cream in cups so discard your cups with no liquid in them so skunks won't get into trouble."

This is far from the first time animal rescuers have been called to help a four-legged friend escape the grips of human trash.

In August of 2018, the Toronto Wildlife Centre famously freed a raccoon from the peanut butter jar on his head. Just last month, a squirrel was spotted wearing a six pack ring like a cape, spurring a discussion about waste disposal habits in Toronto.

The squirrel ran away before anyone could give it a helping hand, but images of it did inspire some Toronto residents to start choosing more eco-friendly beverage packaging solutions.

In the case of the McFlurry skunk, it's hard to say whether someone simply littered the product or if it was taken out of a garbage can.

Toronto Wildlife Centre recommends that people keep their outdoor trash secure to prevent the latter kind of incident from happening.

"Rinse all recycling and other garbage before putting it in the right bin," reads an animal-proofing guide on the charitable organization's website.

"Unwashed recycling and garbage not only attract wildlife, but can also hurt them: wild animals can get their heads or paws permanently stuck in cans, jars, and bottles."

by Lauren O'Neil via blogTO
Posted by Arun Augustin at 1:19 PM