Toronto's first big snowstorm of the season set a record 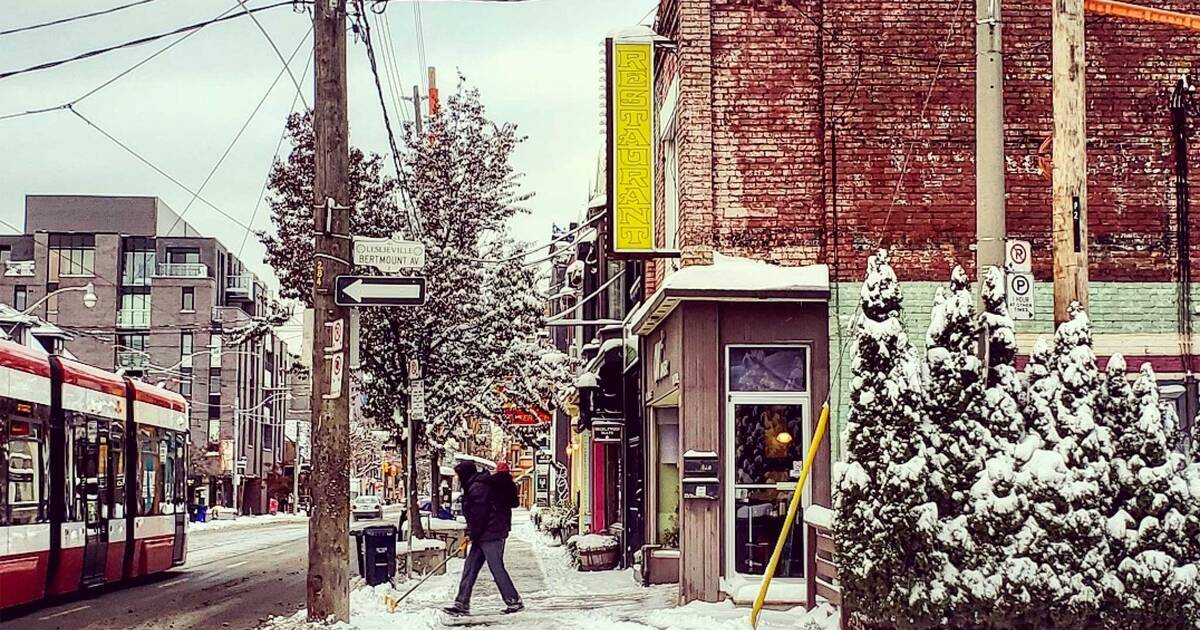 Yesterday's winter weather may have come as a bit of a surprise to the city of Toronto.

The amount of snowfall the city received, coupled with freezing temperatures broke winter weather records. Before yesterday the largest recorded snowfall in Toronto on November  11 was back in 1983 with three centimetres of snow.

Might really overachieve with this one. Already 9 cm of snow as of 3PM and the really heavy stuff is still on the way.

The extreme weather so early in the season caused some issues for the city, and for people who were commuting home last night and early this morning.

City staff told CityNews yesterday that they haven't seen an event of this size, this early since 2007.

Due to this unexpected dump of snow the city didn't even have all their winter operations ready to go.

Usually their full winter weather management fleet isn't up and running until about a week from now.

The Weather Network reported that temperatures overnight across most of southern Ontario shattered the low-temperature records for this time of year.

Before rush hour had even began yesterday, OPP had responded to over 200 Collisions in the west region.

OPP says they’ve had about 400 crashes reported to them in the last 24 hours. #onstorm https://t.co/y2rprCFBXt

This includes area includes Windsor to the edge of the GTA and north to Georgian Bay.

Conditions were just as bad inside the city, for pedestrians, cyclists, and motorists. Even though city crews were working from 9 p.m onwards through the night, many sides walks and streets still were not cleared by morning.

While commuting through the snow has been treacherous for many, some people are actually enjoying this weather right now.

I enjoyed my winter-y walk to work this morning ❄️🌃 #snow #toronto pic.twitter.com/dx5CmR4fzI

Some people are going past just enjoying it, and are getting adventurous out there.

Whether you're hating it or loving it, brace yourself for the snowy season ahead.

by Olivia Levesque via blogTO
Posted by Arun Augustin at 6:42 AM