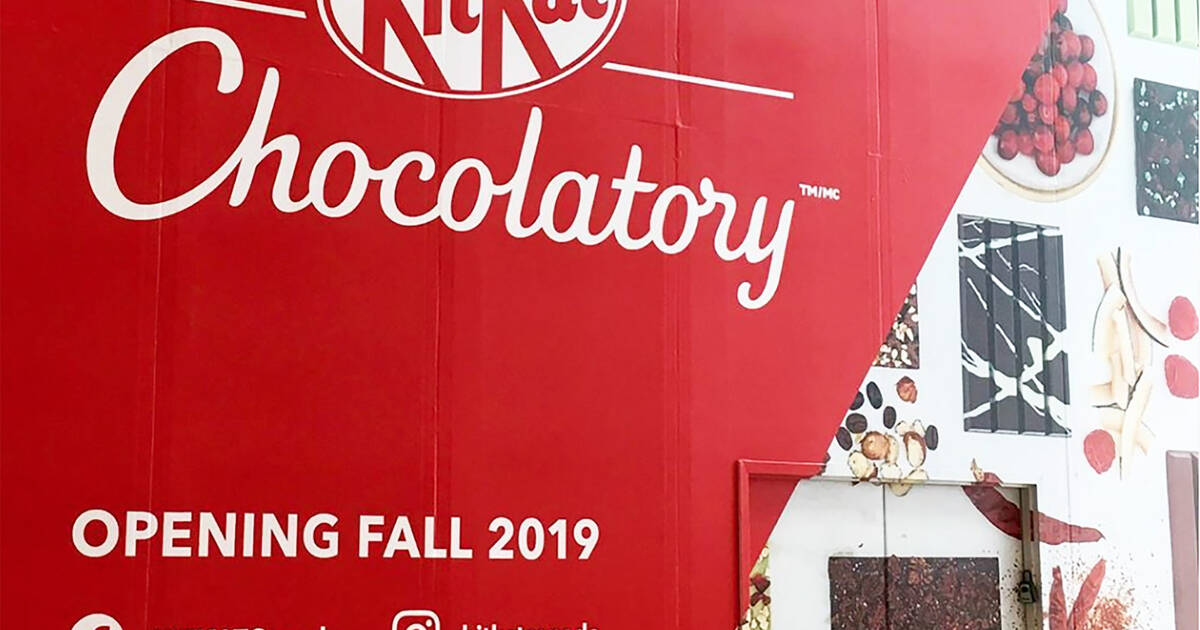 Things to do in Toronto this week are packed with mouth-watering goodies as Eataly finally opens its doors and Kit Kat gives us a new make-your-own chocolate bar store. The Toronto Christmas Market is back and there's music, art, film and free stuff on, too.

Tool (November 11 @ Scotiabank Arena)
This is the first of a two-night stint in Toronto as prog rock giants Tool embark on a massive International tour for the first time in years.
Sasha Sloan (November 12 @ The Danforth Music Hall)
Sasha Sloan's minimalist indie pop sounds are gentle and warm, meant to transport you to a place with the emotional safety and intimacy we long for.
Eataly Grand Opening (November 13 @ Eataly)
The much-anticipated arrival of Canada's first Eataly location is almost here with the market opening its doors with tastings and giveaways.
Louis the Child (November 13 @ Rebel)
There's never dull moment with this Chicago DJ duo and their future bass beats that mix samples from a ton of different musical influences.
Logic (November 13 @ Scotiabank Arena)
Rapper Logic is just getting started as he showcases his hip-hop stylings that incorporate many musical genres in Toronto for the night.
Indie Week (November 13-17 @ Multiple Venues)
Hundreds of indie musicians and singers are taking the stage at places all over the city over five nights of music, parties, listening sessions and panels.
Pomegranate Film Festival (November 13-17 @ Multiple Venues)
Armenian history, culture and its people is at the heart of this film festival that includes screenings, special guests and programming.
KITKAT Chocolatory Grand Opening (November 14 @ Yorkdale Mall)
Calling all chocolate lovers for the opening of Kit Kat's make-your-own chocolate lab where you can craft your own dream bar.
ArtAttack! (November 14 @ Buddies in Bad Times)
Hundreds of art lovers are gathering for this huge art show and auction with works by contemporary artists from all over the country.
Toronto Christmas Market (November 14 - December 22 @ The Distillery District)
Toronto is ready to get into the holiday spirit as this big European-style Christmas market returns with festive food, drinks, gifts and performances.
Céline Dion Dance Party (November 15 @ Gladstone Ballroom)
The Queen of the North is being celebrated at this annual dance party with a night of her biggest hits, misses and mixes courtesy of DJ Phillippe.
Syria Film Festival (November 15-17 @ Art Gallery of Ontario)
Newcomers arriving in Canada, child marriage and living in under siege are some of the subjects at the centre of this year's Syria Film Festival.
Beer Pong Festival (November 16 @ Rebel)
Assemble your crew for huge beer pong festival, featuring 100 tables stacked with cups and brews, plus music bumping all night long, and prizes.
Trinity Bellwoods Flea (November 17 @ The Great Hall)
Candles, clothing, chocolate and cards are just some of the many goods available from local makers at this big market with everything for the holidays.
Clairo (November 17 @ The Danforth Music Hall)
This is the second of two (and the one with tickets left) Clairo shows that will see the budding singer and musician make her solo Toronto debut.

by Lisa Power via blogTO
Posted by Arun Augustin at 10:07 PM