You can skate for free under the Gardiner Expressway this winter 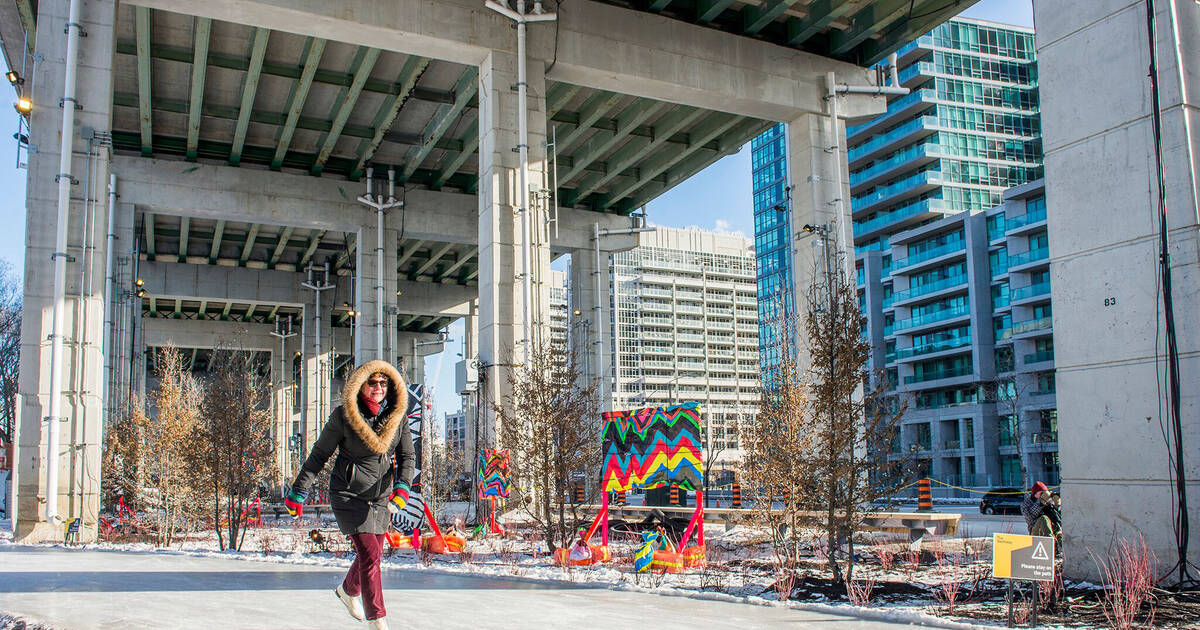 Toronto residents had better start scouring the backs of closets and garages for their skates and get ready to lace them up, because the opening date for the coolest ice rink in the city has been announced.

The Bentway Skating Trail, which debuted under the Gardiner Expressway in January 2018, will be open to the public again this year on December 20.

The revamped, 1.75 km-long mixed-use space has provided tons of installations and activities all year round, but winter is really its time to shine.

There is nowhere else quite like the Bentway to get a free skate — on a looping 220 m trail — alongside a winter village where you can grab some hot chocolate or a drink.

This year, it will also offer on-site skate rentals (which have been free on Thursday evenings in past years) and free skating lessons for kids and adults alike, as well as warming stations for those particularly chilly evenings.

And if you're warm enough already, you can partake in the annual Polar Bear Skate in your bathing suit on December 29.

Details about additional events and features of this year's trail are still to come.

by Becky Robertson via blogTO
Posted by Arun Augustin at 7:37 AM