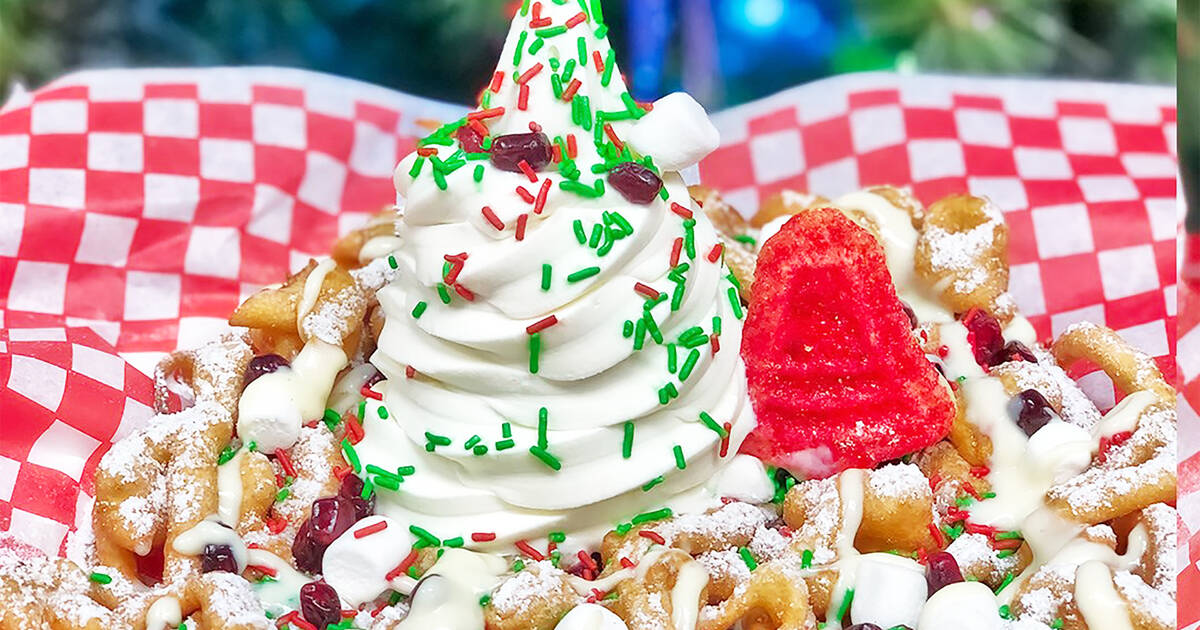 Things to do in Toronto this weekend are ready for a world of holiday fun as Canada's Wonderland kicks off its new winter festival and FAO Schwarz pops up inside The Bay. One of the city's best parties is back and you can get everything for your gift list at the One of a Kind Show.

Regent Park Film Festival (November 20-23 @ Multiple Venues)
Local and international indie works take the spotlight during this free film festival that focuses on people from all walks of life and their stories.
One of a Kind Winter Show (November 21 - December 1 @ Enercare Centre)
Get your Xmas shopping out of the way at this massive show with makers from all over the country selling their speciality crafts and products.
City and Colour (November 22 @ Scotiabank Arena)
Toronto's own rock superstar Dallas Green is home and ready to play the hits that made his name known around the world, plus the new stuff.
Long Winter (November 22 @ Tranzac Club)
Long Winter is back for a new season of sexy beats and cool art by some of the best DJs and creatives the city's scene has to offer.
Naked Heart (November 22-24 @ Multiple Venues)
Queer literature of all kinds is on at this festival with three days of workshops, panels, performances and discussions for writers and lovers of words.
Holiday Hills Market (November 22 - December 22 @ stackt)
There's now another reason to check out Toronto's new shipping container market as it launches a holiday festival with events, workshops and more.
WinterFest (November 22 - December 31 @ Canada's Wonderland)
Who's ready for eggnog funnel cake? Canada's Wonderland is finally ready to unveil its new holiday festival with lights, skating, shows and treats.
Wildlife Photographer of the Year (November 23 - March 29 @ Royal Ontario Museum)
You don't have to go far to see the world as this photography exhibit showcases the cutest and most majestic animals from all over the world.
FAO Schwarz Holiday Pop-Up (November 23 - December 7 @ Hudson's Bay)
The big teddy bear is back for the holidays as FAO Schwarz returns to transform part of the Bay into a massive Christmas toy store wonderland.
Toronto Reference Library Book Sale (November 21-23 @ Toronto Reference Library - Beeton Hall)
Calling all bibliophiles for another edition of this massive book sale with thousands of used items up for grabs on the cheap.
Bloor-Yorkville Holiday Magic (November 23 @ Village of Yorkville Park)
The Village of Yorkville Park is getting festive this holiday season with a special opening night of live music, drinks and a lighting ceremony.
Winter Warm Up (November 23 @ David Pecaut Square)
King Street West is getting ready for some winter fun with a series of pop-up festivals that include curling, bonfires, hot drinks and goodies.
Sound Festival (November 23-24 @ Beverley Halls)
A celebration of music, synthesizers and sound design is on with a weekend of performances workshops, talks, vendors and prizes.
Gourmet Food & Wine Expo (November 21-24 @ Metro Toronto Convention Centre)
Back again is this huge expo that showcases gourmet foods from all over the world, plus a huge selection of wines and drinks and lots of programming.
#WeekendCoffee & Brunch (November 23-24 @ La Palma)
It's a new kind of brunch experience with coffee cocktails with spiked mocha and espressos served up alongside La Palma's tasty menu.
Blood in the Snow Film Festival (November 21-26 @ The Royal Cinema)
Six nights of thrilling horror and genre movies are on from the most twisted Canadian filmmakers to keep you on the edge of your seat.
Canadian Labour Film Festival (November 22-23 @ Carlton Cinema)
A selection of films about workers and the conditions under which they live, work, fight, and succeed are screening during this film festival.
Cyrus Film Festival (November 22-28 @ Multiple Venues)
The best of contemporary Iranian cinema is screening during this film festival with films that span a variety of genres to capture all-things Iran.
Cinéfranco Film Festival (November 22-30 @ Hot Docs Ted Rogers Cinema)
The trials and tribulations of families is the theme of this year's Francophone film festival with features and shorts from the best of Québec cinéma.
Martin Scorsese: A Retrospective (November 22 - January 4 @ TIFF Bell Lightbox)
Coming on the heels of his new film, The Irishman, TIFF is screening a selection of 25 classic Martin Scorsese flicks for your viewing pleasure.
Astronomy on Tap T.O. (November 22 @ The Great Hall)
It's a party among the stars as astronomy enthusiast come together for aight of fun with drinks, games, talks, special guests and drinks.
Friday Night Live (November 22 @ Royal Ontario Museum)
Things are getting wild at the ROM in honour of the Wildlife Photographer of the Year exhibit with a night of music, art, special guests, food and drink.
Escape The Darkness (November 23 @ 209 Geary Ave)
Take the plunge at this under-the-sea-themed party with murky visuals and hazy beats that'll having you swimming all night.
The Funhouse (November 23 @ The Funhouse Toronto)
Toronto's art funhouse is taking you on a trip to the stars with this intergalactic party with drinks, music and dancing that's going to be out of this world.
The 1605 Night Market (November 23 @ Northern Contemporary Gallery)
Dozens of local makers and artisans are dropping by for a night of shopping with cool finds, music, food, drinks and complimentary gift wrapping.
tony chestnut and Corey Moranis Pop-Up (November 23-24 @ FAWN)
Super stylish, made in Canada designs by Corey Moranis and Jill Sawatzky of Tony chestnut are popping up alongside drinks and snacks.
Deadstock Depot (November 24 @ Only One Gallery)
It's fit pic time and this big vintage streetwear market is back with fresh to death finds from Tommy Hilfiger, Nike, Reebok, FILA, Gucci and tons more.
Toronto Art Crawl (November 24 @ The Great Hall)
Local and international artists are dropping by to showcase their stuff at this big art crawl with works of all types, plus music, food and live demos.
Veg Holiday Market (November 24 @ Artscape Wychwood Barns)
It's going to be a vegetarian Christmas with this big market that specializes in festive veggie goodies of all kinds from local vendors.
Cirque du Soleil (September 12 - November 24 @ Ontario Place)
It's the last weekend to check out the high-flying acrobats of Cirque du Soliel's Alegria as it tells the story of a monarchy that has lost its king.

by Lisa Power via blogTO
Posted by Arun Augustin at 12:09 PM