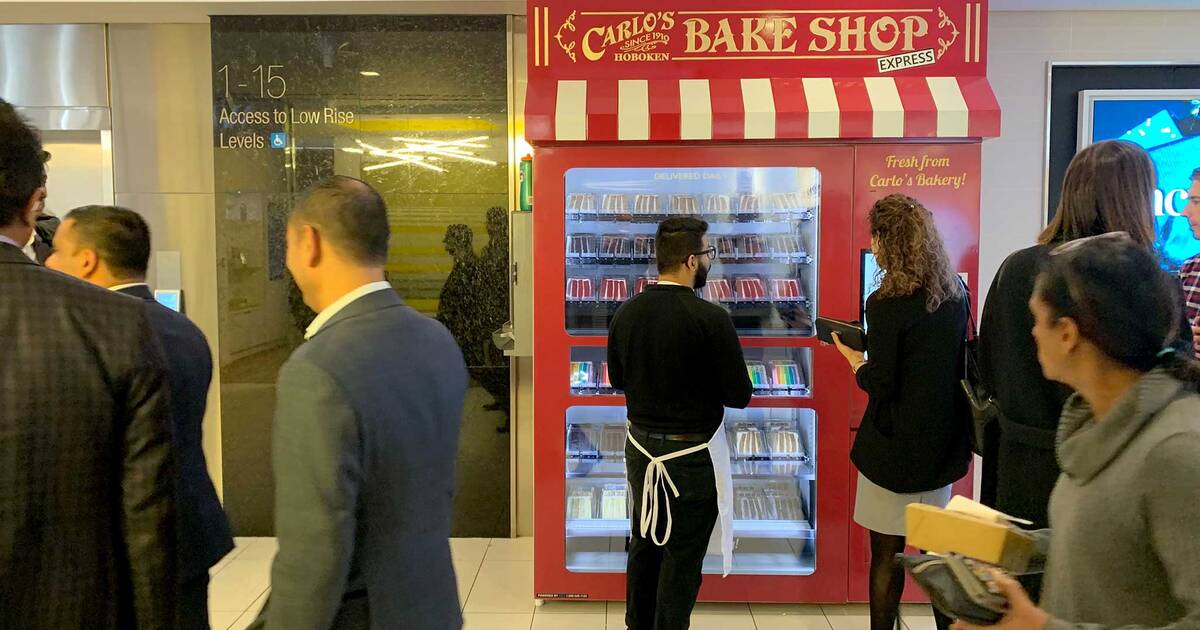 Loosen you belt buckles, Toronto, because it looks like we're getting even more of the cake ATMs causing people to line up at vending machines before noon.

The three vending machines containing sweets from Carlo's Bake Shop appeared in Toronto's PATH without warning a couple weeks ago, and they've been drawing crowds ever since.

Considering their immediate popularity, it's no wonder the company behind the machines, Express Retail Group, intends to install more.

"Given the success, there are plans to potentially add more throughout Toronto, but specific locations are still to be determined," said Chris Zownir, President and Partner at Express Retail Group.

A few changes have also been made to the machines since they first launched.

While the ATMs only offered rainbow, red velvet, chocolate and carrot cake originally, they've now added cookies and cream and vanilla confetti to the mix.

There's also a new attendant on site "to better understand customer experience with the machine and better gauge demand for that day," Zownir said.

There are currently three cake vending machines in the PATH, each one holding 160 slices at a time. And while the machines were originally being replenished once a day, they've now upped it to three or four times.

That means the machines are cumulatively selling between 1,440 and 1,920 slices of cake per day.

The ATMs also have space for eight full-size cakes.

Sadly, the slices are still selling at a whopping $8.99 a slice. But clearly that's not stopping many Toronto residents from indulging in a massive piece of cake in the middle of the day.

by Mira Miller via blogTO
Posted by Arun Augustin at 12:09 PM