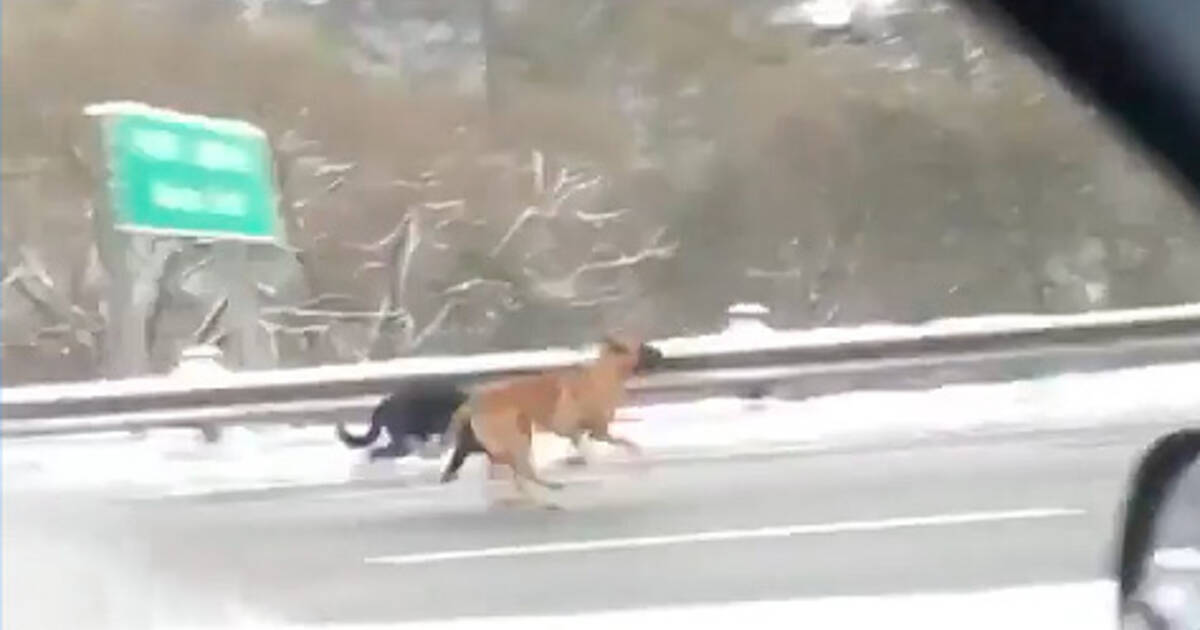 Two dogs have reportedly been seized from their owner after video footage went viral of the animals running along Toronto's busy Don Valley Parkway.

The video in question, posted to multiple Instagram and Twitter accounts last week, has been viewed nearly 400,000 times on 6ixbuzzTV alone.

Many who've seen it expressed concern for the dogs, who were fortunate not to have been run over as they galloped down the highway.

As it turns out, the DVP sprint wasn't an anomaly — the dogs have run away from their owner before, at least half a dozen times, according to neighbours.

Several people who recognized the dogs from the viral clip told CityNews that the pets had been spotted multiple times wandering Riverdale Park without an owner in sight.

One local said she recently had to rescue one dog from the Bayview extension.

Another person was told that one or both of the dogs had been found loose and brought to Toronto Animal Services at least 11 times. The city agency says it has housed the dogs six times since August alone.

While the owner, who has not been named, somehow managed to get his pets back each time, CityNews says he was told yesterday that this won't be the case anymore.

He also told the local news outlet that he had recently been charged with assault with a weapon over a dispute he'd had related to his dogs.

Both dogs, named Charlie and Steven, are currently at the city's Scarborough animal shelter where they will be readied for adoption into loving, responsible homes.

They are described as "sweet, gentle" Shepherd mixes and are both roughly one year old.

by Lauren O'Neil via blogTO
Posted by Arun Augustin at 12:39 PM