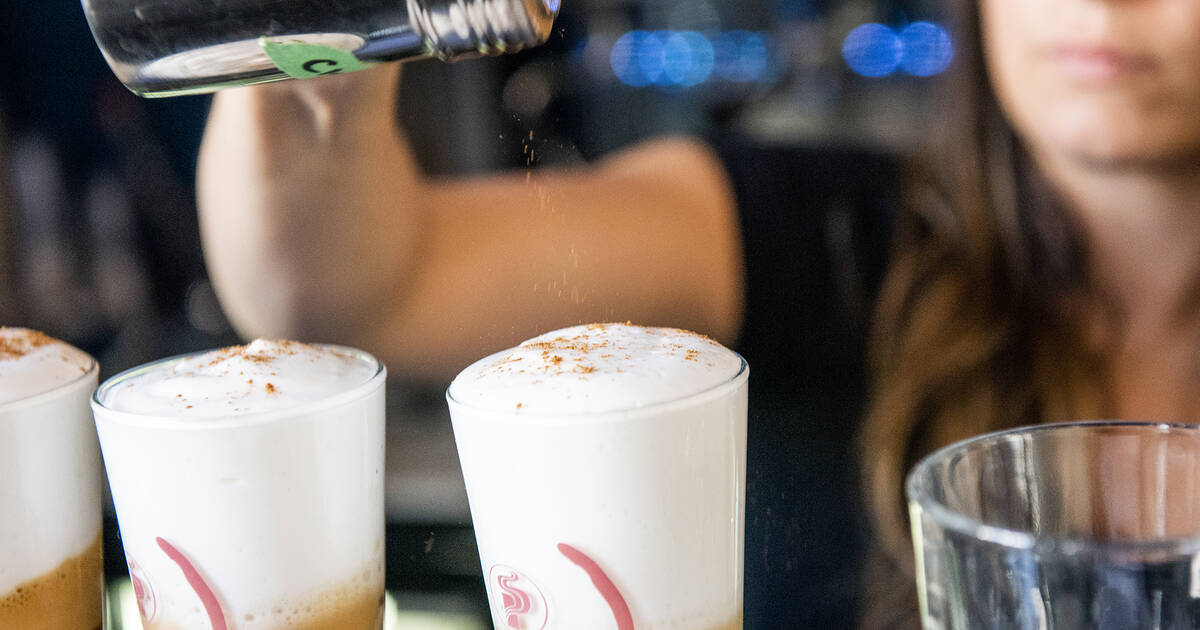 A Greektown staple has been locked down by landlords after failing to pay thousands of dollars in rent.

A sign taped to the door of Cafe Frappe shows that the landlords have officially evicted the decades-old Danforth destination.

According to the note, which has been up since October 25, the owners of the cafe owe a balance of exactly $32,024.53 — along with a bunch of other expenses, like bailiff and locksmith fees. 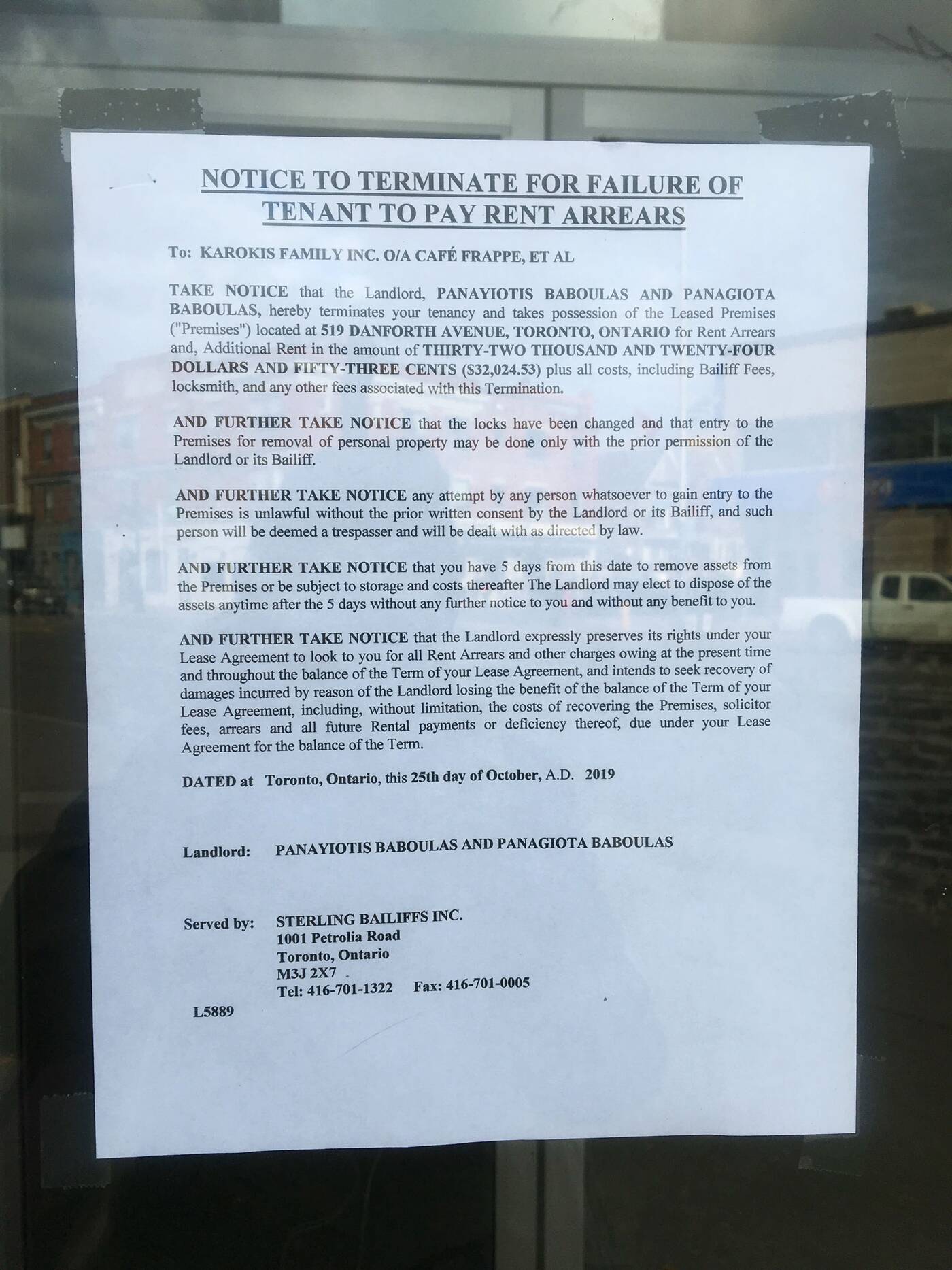 A letter from the landlord shows that Cafe Frappe owes more than $30K. Photo by Dani Stover.

Cafe Frappe only re-opened this summer under new owners after undergoing extensive renovations, where it showed some promise with an updated menu and lively club nights.

It doesn't appear that it'll be reopening any time soon: the notice gave owners five days to remove their stuff from the premises. So long, Livadeia souvlakis, we hardly knew ye.

by Tanya Mok via blogTO
Posted by Arun Augustin at 1:50 PM