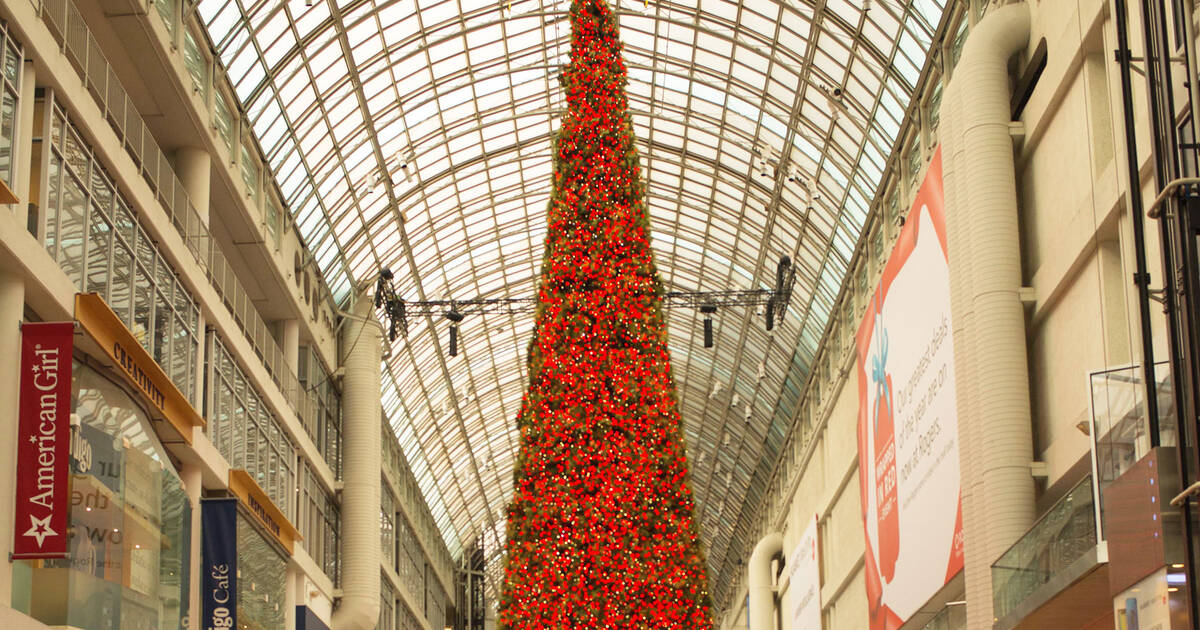 When she's not defeating the most famous tennis player in the world at the US Open, tending to her blossoming friendship with Drake, or jet setting around the world for tournaments and media appearances, Canadian Grand Slam champ Bianca Andreescu is likely hanging out in and around Toronto.

The Mississauga native will apparently be home for the holidays — or at least, later this month — as she's slated to host the popular lighting ceremony of the CF Toronto Eaton Centre's iconic Christmas tree.

Andreescu, who is currently recovering from a knee injury that forced her to withdraw from the Women's Tennis Association Finals last week, will make her appearance to illuminate the 108-foot tree — the tallest in the country — on November 14.

The festivities will include music and surprise guests to kick off the holiday season, and commences at 6:30pm.

by Becky Robertson via blogTO
Posted by Arun Augustin at 8:25 AM