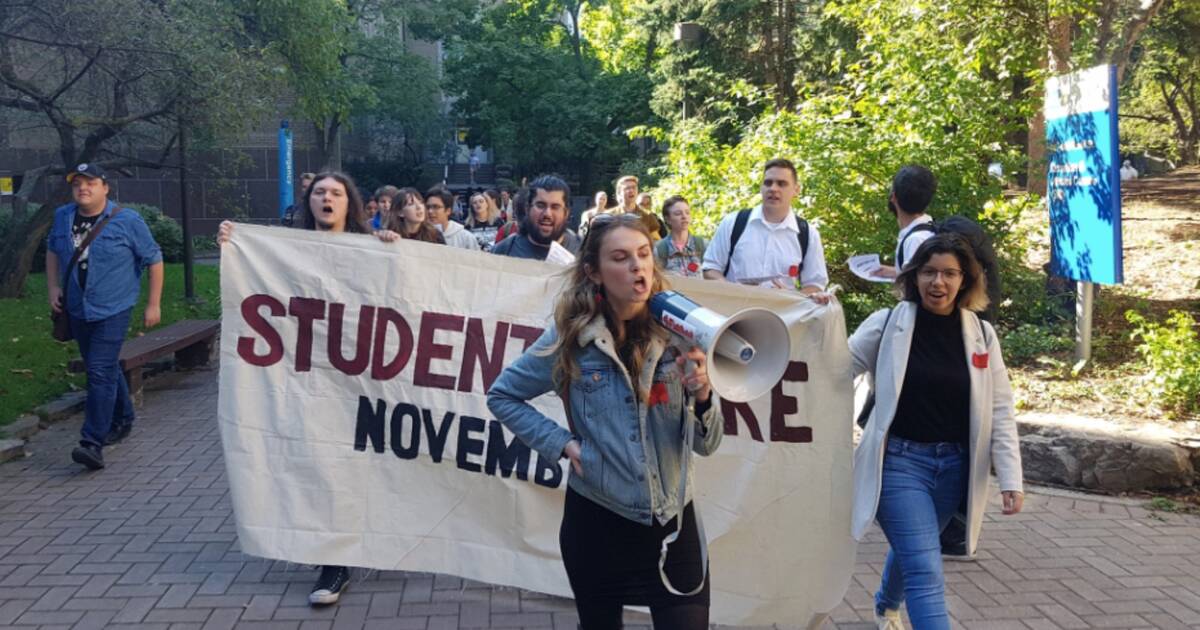 University students are taking part in strike action today across the city to protest recent cuts by the Ford Government.

Students started gathering at Ryerson's downtown campus for the strike this morning at 7 a.m.

Picket lines in front of Ryerson University’s Student Learning Centre on Yonge Street have been established to raise awareness about what they are demanding from the government.

The strike, initiated by the Ryerson Student Strike, has set out to protest "Doug Ford’s cuts to OSAP, cuts to university funding and attacks on student organizing," according to the group’s Facebook page.

According to the Eyeopener, students were not given amnesty for the strike, meaning they could be penalized for missing class. However, it seems like many members of faculty are keen to support their students.

The Ryerson Student Union shared a message of support from the Ryerson Faculty Association on their Facebook page on Tuesday.

"Clearly, post-secondary education in Ontario, already underfunded, is now under increased attack by the Government," The message reads from the RFA.

"The RFA supports our Ryerson students in this strike. We ask our members to consider supporting those students who may choose to participate on November 6th as they demonstrate their opposition to the Government assault on post-secondary education."

The @RyeSU and members of the We The Students RU (WTSRU) have arrived!

They are chanting “Don’t cross the picket line, students standing side by side.” pic.twitter.com/vxbN8I2I16

The York Federation of Students have also initiated strike action, and are partaking in a hard picket at Keele St. and York Blvd. Students at OCAD and Lakehead University Orillia also declared today a Day of Action.

Apart from protesting cuts to university funding and OSAP, students are also demanding the government eliminate tuition fees for all, and repeal the Student Choice Initiative.

by Olivia Levesque via blogTO
Posted by Arun Augustin at 9:35 AM