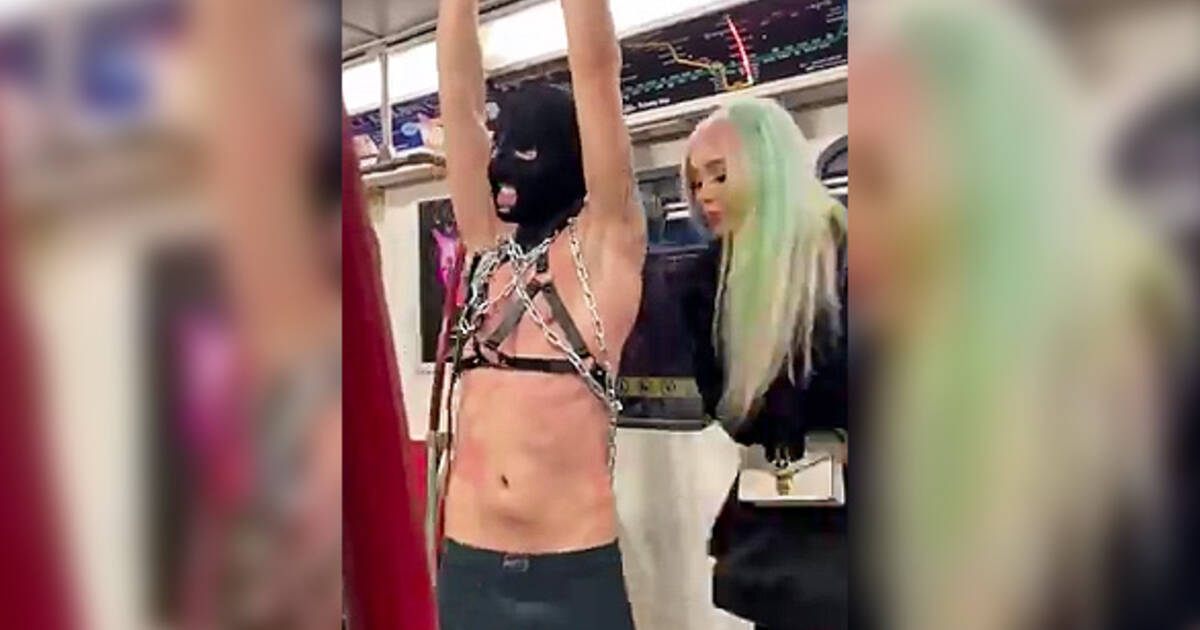 Just when it feels like you couldn't possibly see anything weirder than you already have on a public transit vehicle, Toronto is there to deliver.

A person wearing a leather harness, chains around their chest, a full head mask and collar around the neck with little else was spotted on Saturday evening hanging from an overhead support bar on a TTC subway car.

Another person in head-to-toe black clothing can be seen hitting the first person repeatedly with a studded leather paddle.

One clip posted to Twitter of the duo has been viewed nearly 180,000 times since Saturday night.

Another, shot from a different angle and regrammed by the popular 6ixbuzzTV Instagram account, has been seen more than half a million times.

"You're such a fucking loser," says the unchained person to the other in that clip, grabbing the collar and spitting, all while walking around to spank them with the strap.

"What in the 50 SHADES OF TTC is going on here?" commented one viewer.

"One of the many reasons I love the Go Train," joked another.

"The editor wishes to submit this without comment," reads the caption of a post featuring the same couple, also uploaded on Saturday night.

In that photo, the chained person can be seen on his hands and knees eating what appears to be a hamburger and some french fries off the floor while the other person looks on.

The photo is said to have been taken at the notoriously wild King and Dufferin McDonald's location, because as Parkdale Life writes, "Where else?"

A sex club or fetish party, perhaps. Either that or the Dufferin Mall.

by Lauren O'Neil via blogTO
Posted by Arun Augustin at 2:47 PM