Magical holiday train will roll through Toronto this week 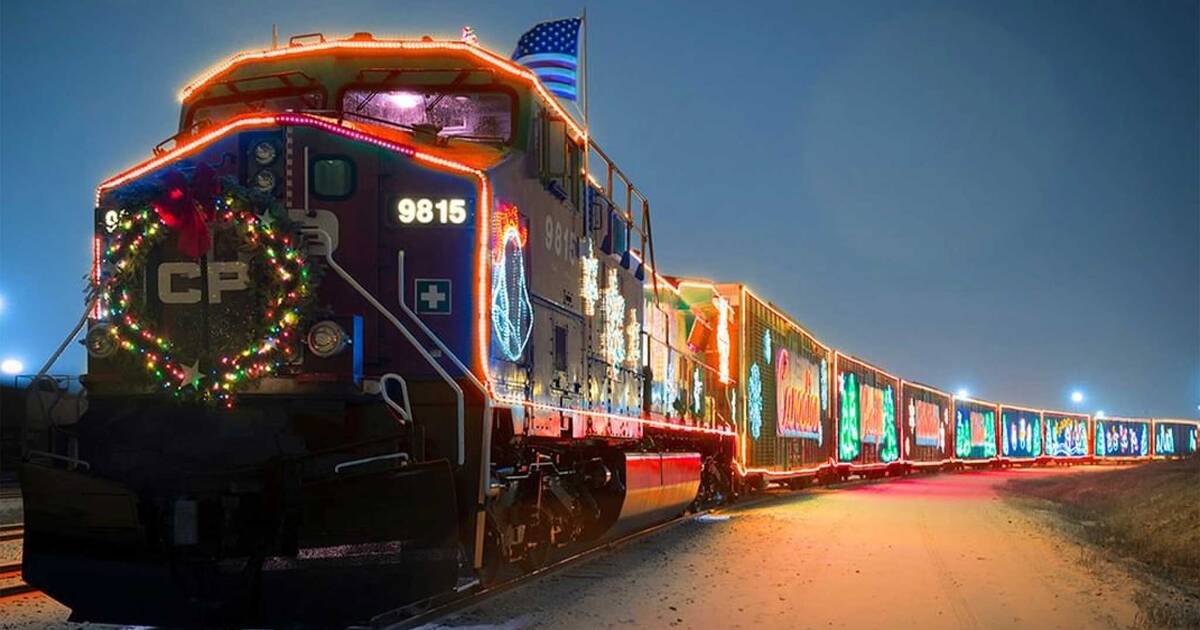 It's finally time: the CP Rail is bringing its famous festive holiday trains through Toronto this week.

The trains are set aglow with tons of holiday lights and decorations before traversing routes throughout Canada and the U.S. each winter to spread holiday cheer, while also raising awareness for a good cause.

The locomotives will both leave Montreal on November 25 this year, making more than 100 stops during both day and night as they snake across the continent, one through Canada and one through the U.S. and Canada.

The first train will end in Port Coquitlam, B.C. (near Vancouver) on December 17 and the other will finish in Gleichen, Alberta (in the Calgary area) on December 18. Both will offer musical performances and other entertainment at the various stops along the way.

The program, which is in its 21st year, aims to raise awareness of hunger in North America, and has raised a total of $15.8 million and collected millions of pounds of food for the cause over the decades.

CP makes a donation to the community at each stop, and encourages those who come to watch the train and its performances, or who even spot it from afar, to do the same and donate to their local food bank.

The Canadian train will be making its stop in Toronto from 8:15 p.m. to 9 p.m. on Thursday, November 28, in front of the CP Lambton Yard office at 750 Runnymede Road. Music will be provided by Madeline Merlo and Scott Helman.

Those who have been waiting for the trains all year can breathe a sigh of relief that the CP Holiday Trains will not be at all impacted by the CN Rail strike that's currently taking place.

by Becky Robertson via blogTO
Posted by Arun Augustin at 8:27 AM