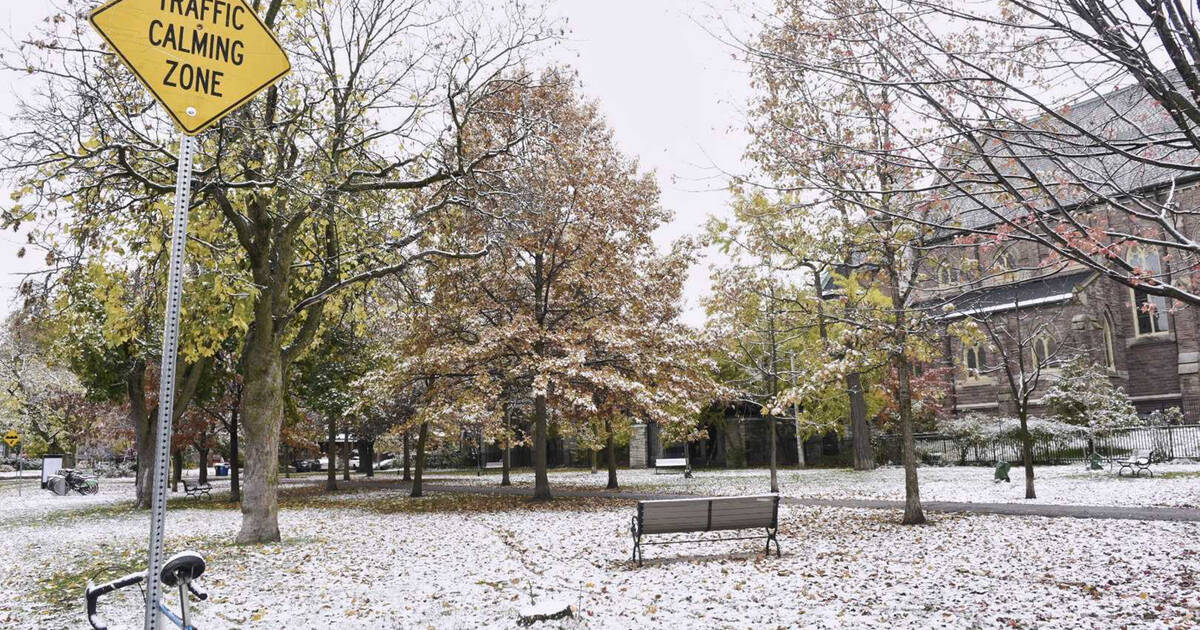 The first snowfall of the season is polarizing — no pun intended — dividing Torontonians into those that grumble about the dawn of the most miserable season of life in the city (admittedly, most of us), and those that get as excited as a kid who just heard that their district's school buses are cancelled.

While many Toronto natives are already complaining about the forthcoming seasonal transit delays, all-around crappy driving conditions and air that hurts your face, newcomers are providing some uplifting wholesomeness in showing their appreciation for the city's first snow today.

#snow, even if it’s only a small amount! It’s still my first snow in Toronto ❄️💙🥶 pic.twitter.com/HGsFOAXiLl

Though this morning's snow means we'll have to deal with frigid temperatures for the next few months, with winter also comes holiday season and fun activities that you can't do any other time of year, right?

Maybe we're just jaded and taking the white stuff for granted? It is kind of pretty...

I mean, if you layer up enough, it's really not that big of a deal. Do we really need that much sunlight? Maybe nine hours a day of grey skies is enough to subsist on until the spring.

And it's not like slipping and falling on an icy Queen Street sidewalk is an every-day occurrence. It's just some days, and only if you're really clumsy. We can deal. I'm feeling more optimistic about it already.

Could be the first snow of my life ❄️#firstsnow #winteriscoming #whitechristmas ?#toronto @ Toronto, Ontario https://t.co/CtNd8uCjqE

But if even seeing people experience and appreciate a Toronto snowfall for the first time isn't enough to melt your icy, bitter heart this morning, then maybe you're best off hibernating until April.

by Becky Robertson via blogTO
Posted by Arun Augustin at 8:51 AM