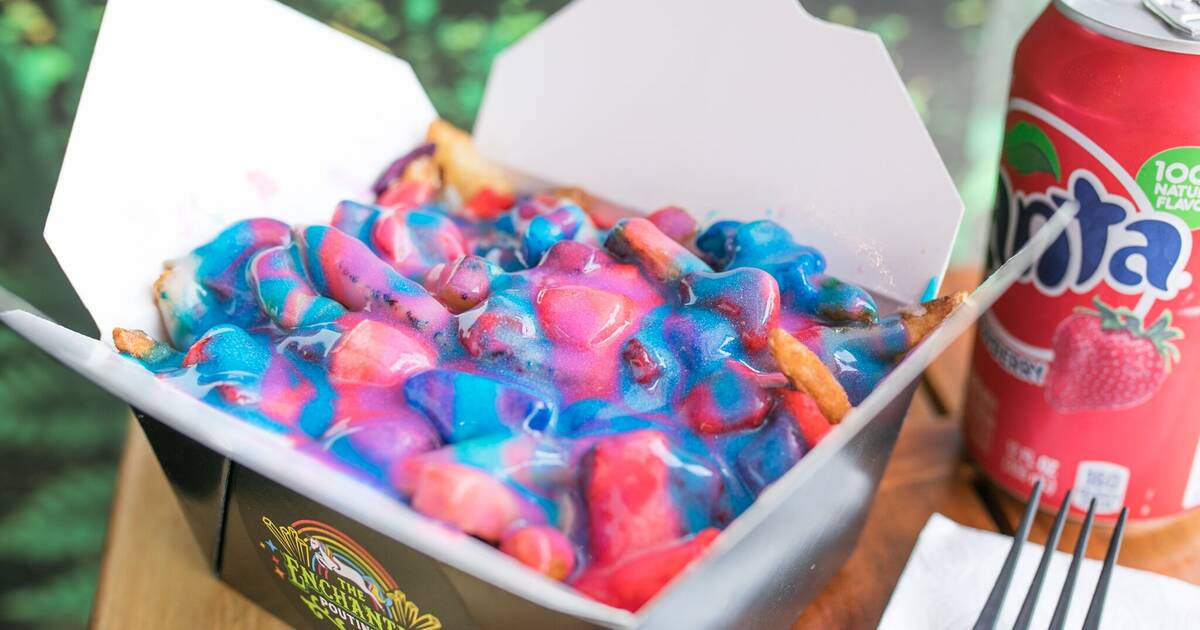 What is the role of a federal government when it comes to Twitter?

Canada's official government account is a bit... quirkier on Twitter than those of other countries. In a good way, by the standards of people who like dog photos, film trivia, wildlife puns and restaurant recommendations.

Most days, the account unites and delights. Today is not one of those days.

If you didn't think poutine was magical enough, #Toronto's Enchanted Poutinerie has got you covered! Looking like a mystical delight, their Unicorn Poutine is made with fresh rainbow Quebec cheese curds & multi-colour gravy -don't mind if we do 🌈🦄
📷 judyyu15/IG pic.twitter.com/NN6l45rZ36

The Government of Canada inadvertently sparked a (friendly, I think?) social media war on Sunday by tweeting about poutine.

"If you didn't think poutine was magical enough, Toronto's Enchanted Poutinerie has got you covered!" tweeted the federal government with a photo of said multicoloured dish.

"Looking like a mystical delight, their Unicorn Poutine is made with fresh rainbow Quebec cheese curds and multi-colour gravy — don't mind if we do."

But people do mind. A lot.

Nearly 200 people have popped off in the comments of Canada's unicorn poutine tweet to say that they're not fans.

Residents of Quebec, where poutine is thought to originate, are incensed by the perceived bastardization of the delicacy.

Many are blaming Toronto on the whole for inspiring this unusual poutine.

Others are straight-up grossed out.

The thread is peppered with GIFs expressing horror and disgust.

Kill it with fire! pic.twitter.com/ulR4GVDNiW

It's worth noting that the Enchanted Poutinerie's rainbow poutine tastes exactly like the regular version — the only difference is some food colouring.

This matters not to some Quebec residents, who wouldn't want to waste their time with poutine in Toronto either way.

"Don't go to Toronto to eat good poutine, there's no such thing there," tweeted one in response to Canada's controversial tweet.

"Like they say they have the best Montreal smoked meat, that's not true either. The best poutine around is at Cantine Bernard in Ste-Madeleine."

by Lauren O'Neil via blogTO
Posted by Arun Augustin at 3:09 PM