Popular neighbourhood chicken joint in Toronto locked out by landlord 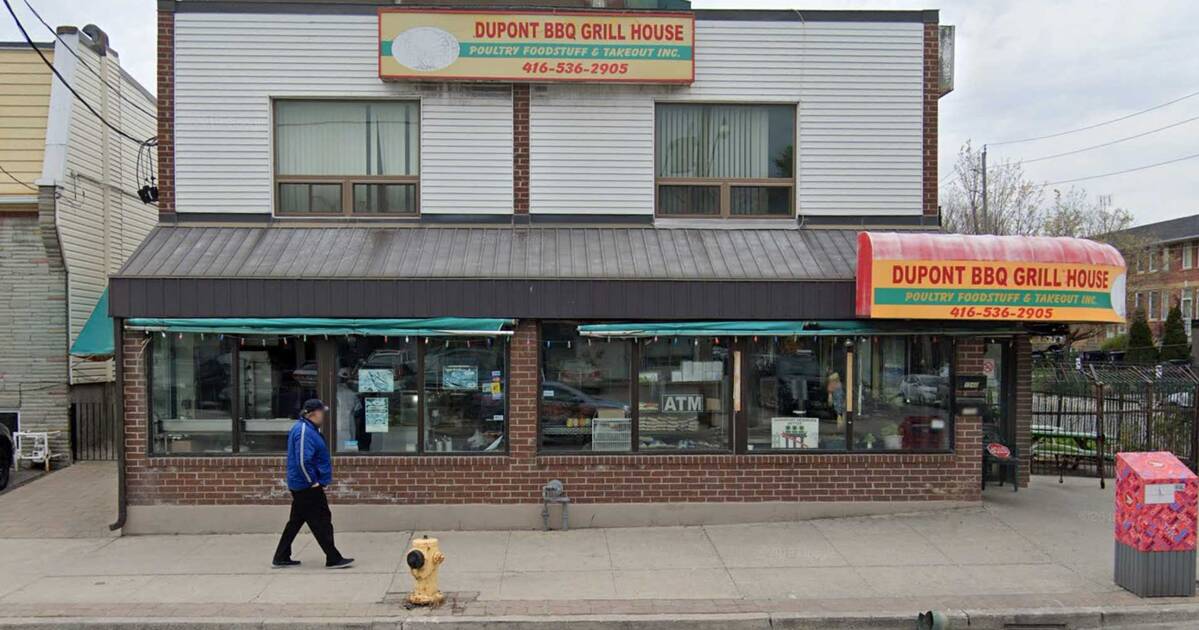 A Toronto restaurant for cheap chicken has shut down, to mixed reactions from locals.

Eduarda's (also known as Eduard's) BBQ Poultry and Foods at 1546 Dupont has a sign posted on the door notifying them of the termination of their lease due to failure to pay rent. There's also a sign advising of 24-hour security present on site.

While some are wondering where they're going to go for their potatoes, others are saying good riddance to the somewhat sketchy business.

Comments on a photo of the lease termination notice in a neighbourhood Facebook group tell of Eduarda's providing meals for the homeless on a regular basis, while others complain about the people that ended up hanging around outside, or taking up residence upstairs.

Some women even say they felt uncomfortable just walking by the business as they felt leered at and harassed by the men hanging around.

Others allege the storefront was even a routine point of sale for a known bike thief, and others still claim they were charged different prices for the same items on different days.

Other comments speculate that the nominal Eduarda had perhaps been trusting with the wrong people when it came to the business, and sadly was simply taken advantage of until the business finally wasn't able to operate any longer.

Either way, other nearby chicken places like Piri Piri will have to suffice in its place.

by Amy Carlberg via blogTO
Posted by Arun Augustin at 7:47 AM