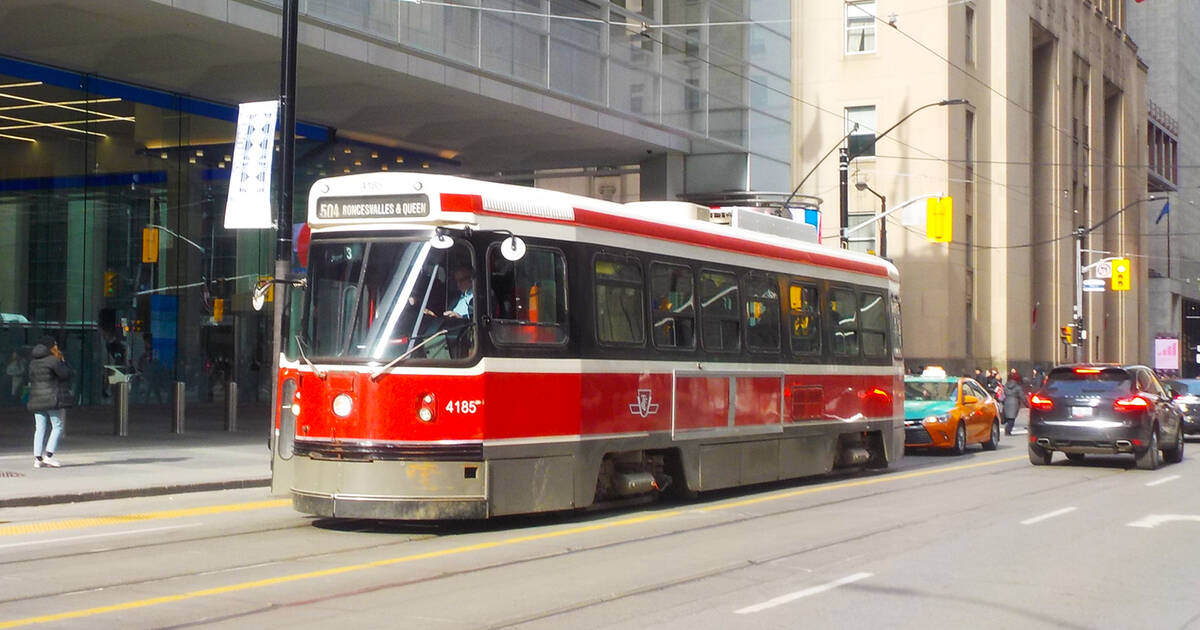 If you're sad that the old Toronto streetcars will soon be no more, you'll still be able to go visit one at the largest railway museum in the U.S.

The Illinois Railway Museum will be showcasing one of our city's emblematic red-and-white Canadian Light Rail Vehicles — the smaller, single-car streetcars — in its collection.

The car is of particular interest to the institution in Union, Illinois because it is one of the last "traditional single-unit" streetcars ever built for public use in the whole continent.

Yes, the streetcars Torontonians were riding until very recently were designed in the mid-1970s, and most places in North America stopped producing this exact model (in favour of the longer, articulated version) before we did.

The particular streetcar the museum acquired, number 4034, was manufactured in 1979 by the Canadian division of U.K. company Hawker-Siddeley. You may have spotted the exact car in service on Toronto's 505 Dundas, 510 Spadina or the 512 St. Clair lines, among others over the decades.

Though the machine isn't the oldest in the museum's collection, it is the only vehicle they will have that was used well into the 2010s, meaning "it represents the latest chapter in a streetcar story."

The TTC car will not only be on display, but will be operated for demonstrations for visitors.

If you have no intention of ever driving several hours to Illinois to visit the Toronto relic, you can still hope to catch a ride on a streetcar of the same model before this year is up.

by Becky Robertson via blogTO
Posted by Arun Augustin at 7:44 AM