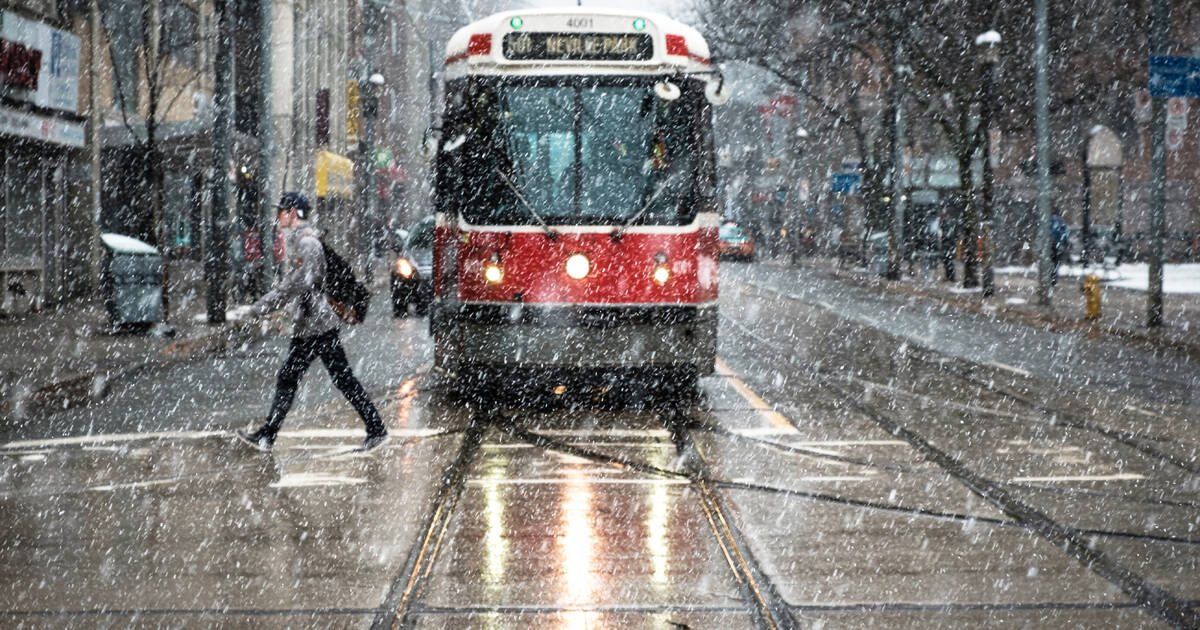 The colder and snowier-than-usual weather in Toronto just won't seem to let up, and now the city has issued its first extreme cold weather alert of the season.

Toronto's Medical Officer of Health has issued an Extreme Cold Weather Alert today for Toronto. It will be in effect until further notice. @TOPublicHealth #CityofTO news release:https://t.co/gMUWYKqst7

Dr. Eileen de Villa, Toronto's Medical Officer of Health issued the alert earlier today and it will remain in effect until further notice.

Cold weather alerts in Toronto are issued when Environment and Climate Change Canada forecasts a temperature of -15 C or colder, or a wind chill of -20 C or colder, according to the City of Toronto.

Alerts are also sometimes necessary when major precipitation, low daytime temperatures, or several days and nights of cold weather in a row are predicted.

Temperatures in Toronto are expected to reach a low of -20 C with the wind chill overnight, so it's no wonder the city is advising that everyone stay out of the cold tonight.

"Those most at risk of cold-related illness are people experiencing homelessness or those under-housed, those who work outdoors, people with a pre-existing heart condition or respiratory illness, elderly people, infants and young children," according to the city.

When extreme cold alerts are issued in Toronto, the city opens a warming centre at Metro Hall by 7 p.m. the day an alert is called. It then stays open until noon on the day the alert is called off.

During extremely cold weather, the city advises residents of Toronto to check the weather report before going outside, dress in warm and waterproof clothing, cover exposed skin, seek shelter if you normally spend long periods outside and warm up by taking regular breaks in heated buildings when doing outdoor activities.

The city is also advising people to check on vulnerable friends, neighbours and family to ensure they are keeping warm and safe during these dangerously low temperatures.

by Mira Miller via blogTO
Posted by Arun Augustin at 2:27 PM