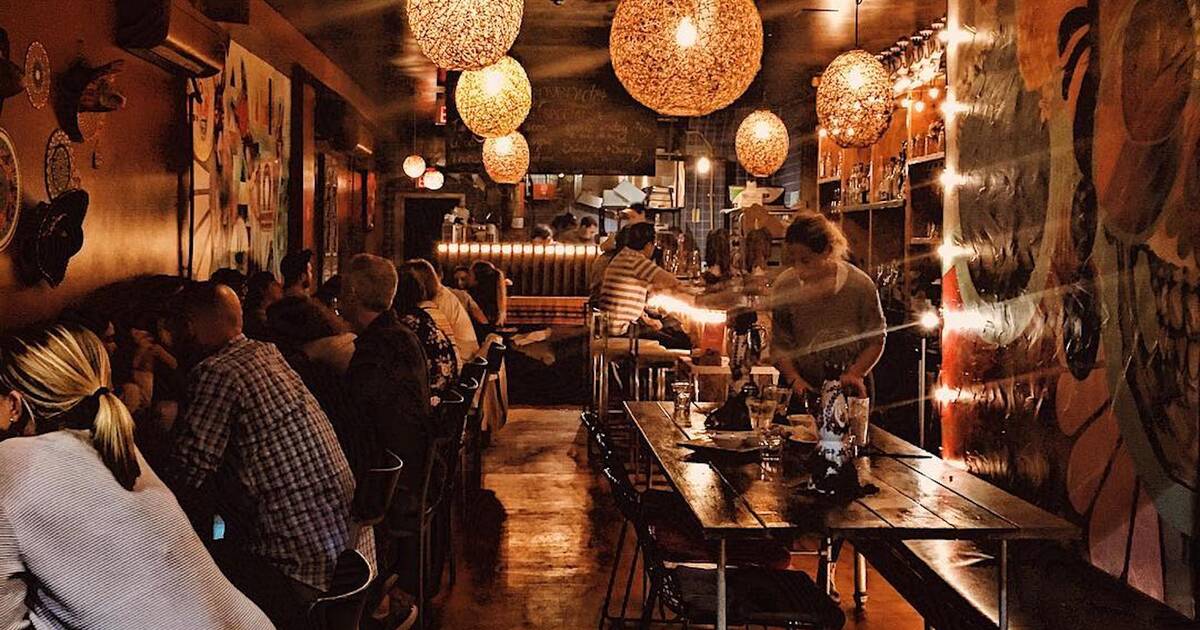 Tio's Urban Mexican near Yonge and Eglinton had a notice posted on their door notifying the restaurant of the termination of their tenancy.

Dated October 9, it stated they owed $49,110.05 in rent and had five days to remove all assets from the property. 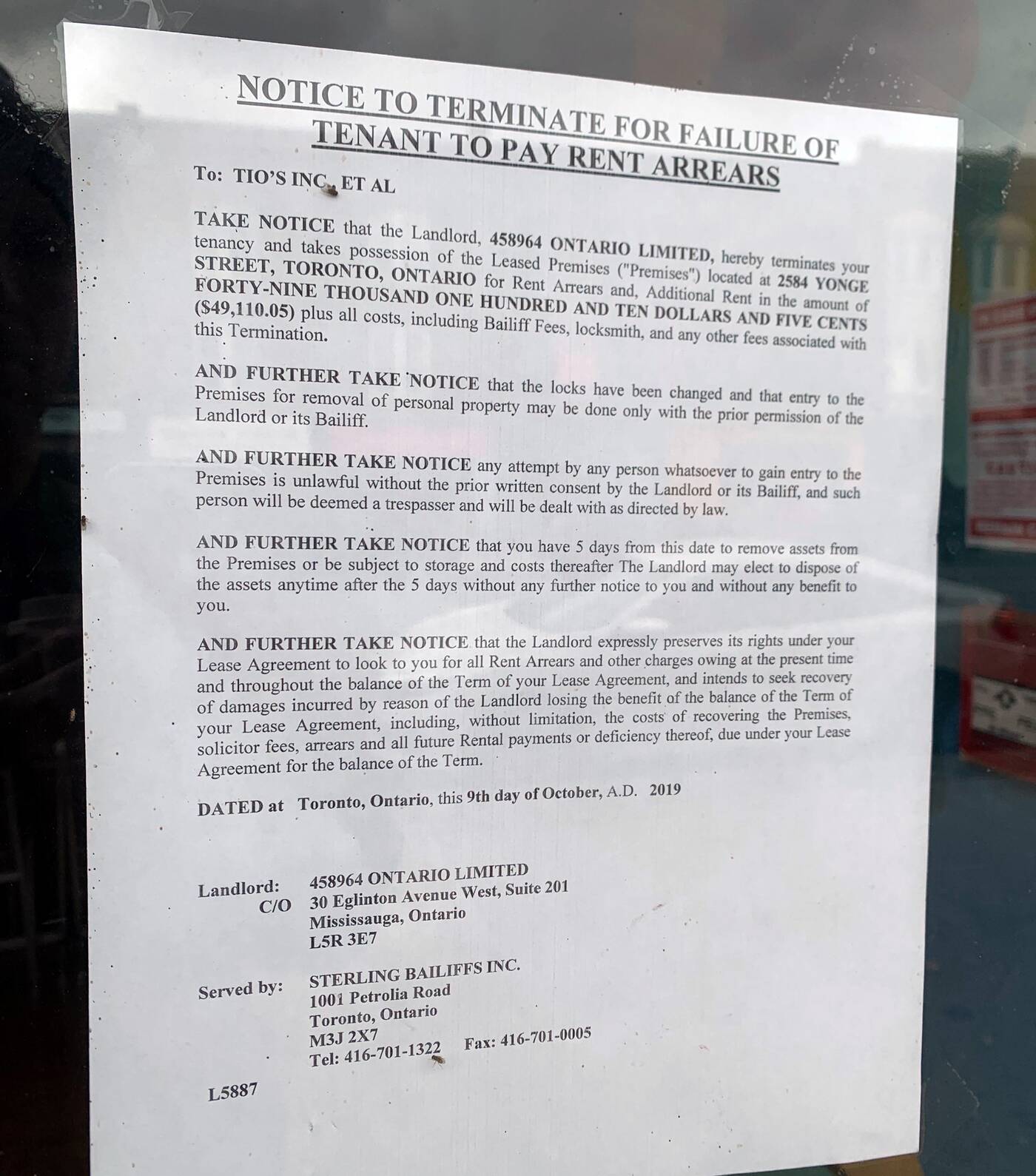 A notice of termination has been posted to the door of Tio's on Yonge. Photo by blogTO.

Tio's could not be reached for comment, so it's unclear what might be taking their place, but one thing's for sure: this area has seen a great deal of upheaval and turnaround recently due to inconvenient construction.

Just recently, nearby Rag Doll Eatery closed its doors, citing surrounding construction as the cause.

by Amy Carlberg via blogTO
Posted by Arun Augustin at 6:10 AM