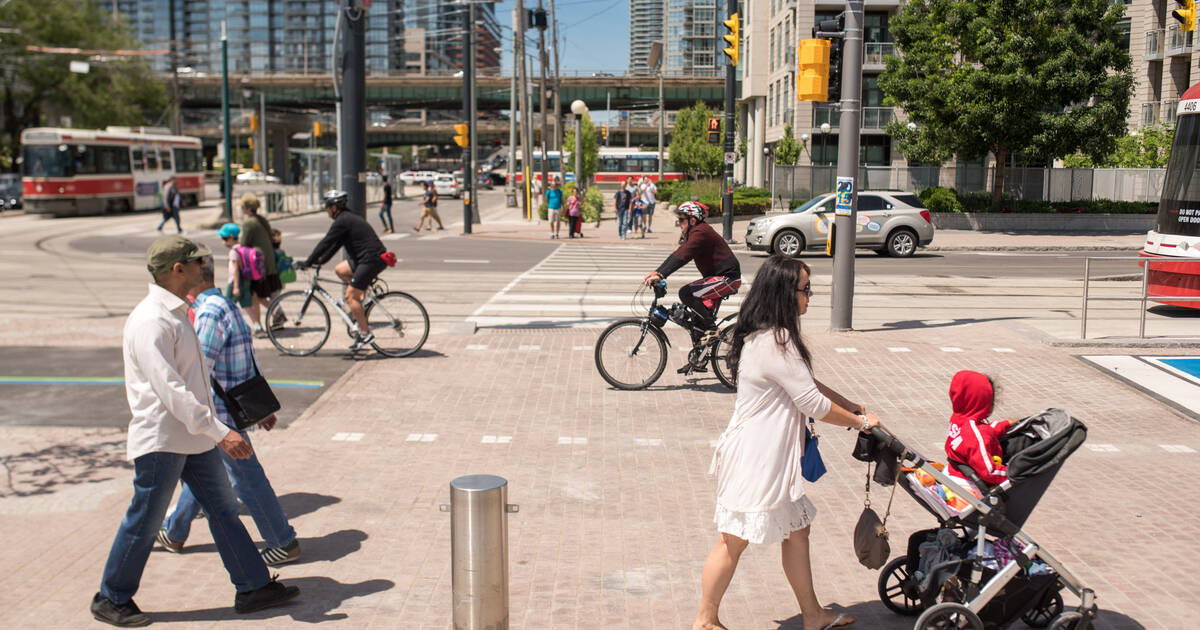 If you make these common Toronto-related spelling mistakes don't feel too bad about yourself; spelling's hard, especially in these days of auto-correct. Here are some words you should probably write down and remember so you get them right next time.

This midtown thoroughfare begs for an extra 'g'. But leave it out to avoid spelling it as Eglington - now that would be embarrassing.

Toronto's spaceship and the home of the TSO was named in honour of Roy Thomson, the founder of the Thomson Corporation (now known as Thomson Reuters). Don't be tempted to write it with an extra 'p'.

How do you even spell this street name? According to Google Maps, it's Lakeshore, but in reality, it's two words: Lake Shore.

Queens Quay certainly sounds possessive, but you'd be spelling it wrong if you added an apostrophe.

It's already confusing when College becomes Carlton after it crosses Yonge Street, but unlike the Ottawa university (Carleton), there's no 'e' here.

Save yourself the hassle and just call this west side neighbourhood Roncy. Or is that Roncey?

Not only is this street hard to pronounce, it's also hard to spell! Fun times indeed.

No one can really agree on how to pronounce this midtown street (apparently it should be like bah-loyal), but don't forget; it also has three 'ls' squeezed in there.

The city above Toronto is not related to Vince Vaughn, so be sure to always write is as Vaughan.

Everyone seems to want to spell Pitts with an extra letter but it's just Pits. This isn't Pittsburgh.

Sure, Sherbourne seems like an easy street to spell, but it's filled with vowels and looks pretty weird if you stare at it for long enough.

The temptation is to spell this street that runs from Keelesdale to Weston with an "a" in "way" just like it sounds.

This street south of Trinity Bellwoods Park is probably mispronounced more than it's misspelled but it's still a tricky one.

You know the famous gates at Exhibition Place? They're not named after a Princess like the name is so often spelled. In fact, the gates are named after Prince Edward and Prince George.

This one should be easy but I guess the street is so old people get confused and spell it as Young.