29 must-see movies at TIFF 2020 according to its programmers 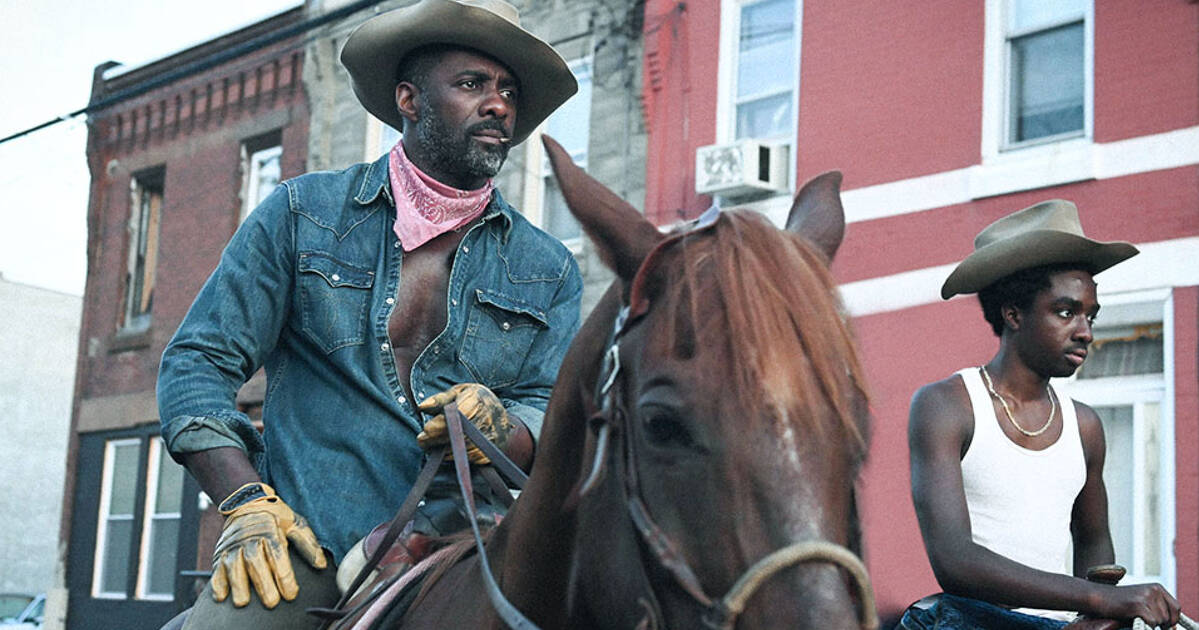 TIFF movies in 2020 will be shown under very different circumstances, but there are still dozens of features and short films to seek out through virtual screenings, socially-distanced in-person events or even drive-in presentations. Tickets to the general public go on sale Sept. 5. Make sure you get familiar with the full TIFF schedule.

Here are the must-see films at TIFF 2020 according to this year's slate of programmers.

Idris Elba stars as a rough-hewn Philadelphia cowboy and Stranger Things’ Caleb McLaughlin as his estranged son. This story of family reconciliation invites us into one of America’s most unique subcultures, a generations-old world of Black horse trainers on the streets of Philly.

For over 20 years, Captain Ramadan coached world-class weightlifters in Alexandria. Ramadan led his daughter Nahla, one of Egypt’s most famous athletes, to become a world champion. Mayye Zayed’s observational documentary dives into the training of Ramadan’s new protégé Zebiba who dreams of lifting on the level of the captain’s past stars.

From the very first shot of Emma Seligman’s outstanding debut you know that this is not going to be your Bubbe’s Shiva. This hilarious emotional roller-coaster of a film, carried out by a stunning ensemble cast, and featuring spot-on performances, never ceases to surprise.

Chloé Zhao’s NOMADLAND celebrates a rarely seen aspect of the underside of the American dream. Zhao expertly interweaves veteran actors (Frances McDormand, David Strathairn) with others who have never performed in a film, to create an interweaving of fact and fiction that feels as real as a road-trip across today’s United States.

The film strikes a beautiful balance between humour and reality as it addresses the international refugee crisis. We follow Syrian musician Omar as he awaits news on his asylum request on the desolate Scottish moors while he attends cultural classes. Meditative and quirkily filmed.

Naomi Kawase tells an interwoven narrative of a childless couple that adopts a baby boy and the 14 year-old mother who gave him up. Told through interlacing timelines, the film is never predictable as it moves from the story of the couple longing for a child, to a tale of adolescent passion and love.

This first film by Tayler Montague provides a beautifully-observed portrait of a Black family living in the Bronx during the power outage of 2003.

We didn’t know we could love Zach Woods any more than we did already based on his acting work in The Office and Silicon Valley. We then found out what he could do as a director with this hilarious comedy starring Will Ferrell, William Jackson Harper and Fred Hechinger. Score!

Gianfranco Rosi (Fire at Sea) returns with an immersive portrait set in the Middle East, that brings light to the darkness of war. This careful and patient study reveals the acute sense of humanity and resilience within people facing an unfathomable environment.

Stanley Kubrick’s lucid portrait of the Vietnam War feels as relevant as ever in the way it displays a system willing to exploit its own citizens in the service of a deluded and deceptive cause. Presented at a drive-in presentation in 4K.

The Best is Yet to Come

Inspired by true events, Wang Jing's film is set in 2003 in the aftermath of the SARS epidemic, addressing issues that echo today’s global scenario, where politics and prejudices sometimes conflict with safety and health concerns.

Under the Open Sky

Miwa Nishikawa's latest stars Koji Yakusho as a middle-aged ex-yakuza who must adjust to his "new normal" when he is released from prison after serving a 13-year sentence for murder.

Michelle Lattimer's seminal documentary brings Thomas King's deeply respected indictment of most North Americans' profound ignorance of Indigenous history and the centuries of egregious crimes committed by the colonizing forces to the screen, in a vibrant, varied manner.

Joel Bakan and Jennifer Abbott's powerful, invigorating and frankly scary film updates the classic doc about corporate skullduggery and fraudulence, dissecting the current rhetoric employed by companies as they claim to be "woke."

With standout performances by Michaela Kurimsky and Deragh Campbell and a story that is a perfect mix of humour and heartbreak, director Hannah Cheesman marks herself as a true talent in this endearing friendship drama about the perils of online dating.

Starring the incomparable Noah Reid, this dystopian sci-fi will get your foot tapping when musicians uncover a vinyl album and attempt to re-imagine one of its songs. Director Igor Drljača (The Stone Speakers) has returned to the shorts world with something entirely unique.

Get the Hell Out

If "Taiwan parliament" is in the news it usualy is quickly followed by the word "brawl." Director I-Fan Wang brilliantly injects a zombie virus into this setting, and the result is comic-book silliness. Come for the political bites, and cheer through the wild and wicked fights!

I expect this uncompromising and disturbing psychodrama to suck the air out of the midnight crowd's lungs more than once, as it hypnotically depicts a series of traumatic betrayals that push a survivor of sexual violence to an extreme resolve.

The story of a teenage girl who falls in love with a 35-year-old man.A remarkable and risqué debut heralding a burgeoning talent. Suzanne Lindon, who plays the lead role and directs, penned the script when she was 15-years-old.

Filmed inside Wuhan for the duration of the city’s COVID-19 lockdown, this stunning film deepens our understanding of the pandemic and of China.

Enemies of the State

Errol Morris joined this film as executive producer for its exquisite craft combined with a dogged investigation that will keep you guessing until the very end.

Michelle Latimer's much anticipated adaptation of award-winning Haisla and Heiltsuk writer Eden Robinson's novel. Her interplay between score and imagery sets an energetic pace, and most importantly, her respect for the novel and the trickster figure in Indigenous storytelling is evident.

Canadian-Mexican auteur (and former Torontonian) Nicolás Pereda does the impossible by creating a breezy and super-smart comedy about the glamourization of violence in Mexico, from a tale of sibling rivalry that morphs into an unlikely send-up of Narcos.

This timely first feature by filmmaker and DJ Ephraim Asili looks back at his formative experiences in a Black Marxist collective in West Philadelphia, as it renders homage to a lineage of Black resistance through books, movies, political movements and music.

Cathy Brady’s debut is an emotionally stirring exploration of two sisters struggling to emerge from a traumatic past. Brady frames this present-day family drama within the history of The Troubles, exposing how the past impacts the present.

The latest from established filmmaker Manijeh Hekmat is a music-infused twist on a road movie that’s laced with poignant and timely political commentary. Unfolding on the road as a band journeys in their van to Tehran, this is a stunning visual ode to the shifting landscapes of Iran.

Revered American jazz musician Billy Tipton gained fame throughout the United States in the 1940s and ’50s but his transgender identity was not revealed publicly until after his death in 1989. This moving new documentary from Chase Joynt and Aisling Chin-Yee that tell of his incredible journey.

Based on the Oka Crisis, a 78-day standoff between Mohawk communities and law enforcement, Tracey Deer's poignant debut feature takes us back to one of the biggest watershed moments in Canadian history told through the lens of a young Mohawk girl.

by Jason Gorber via blogTO
Posted by Arun Augustin at 5:48 PM