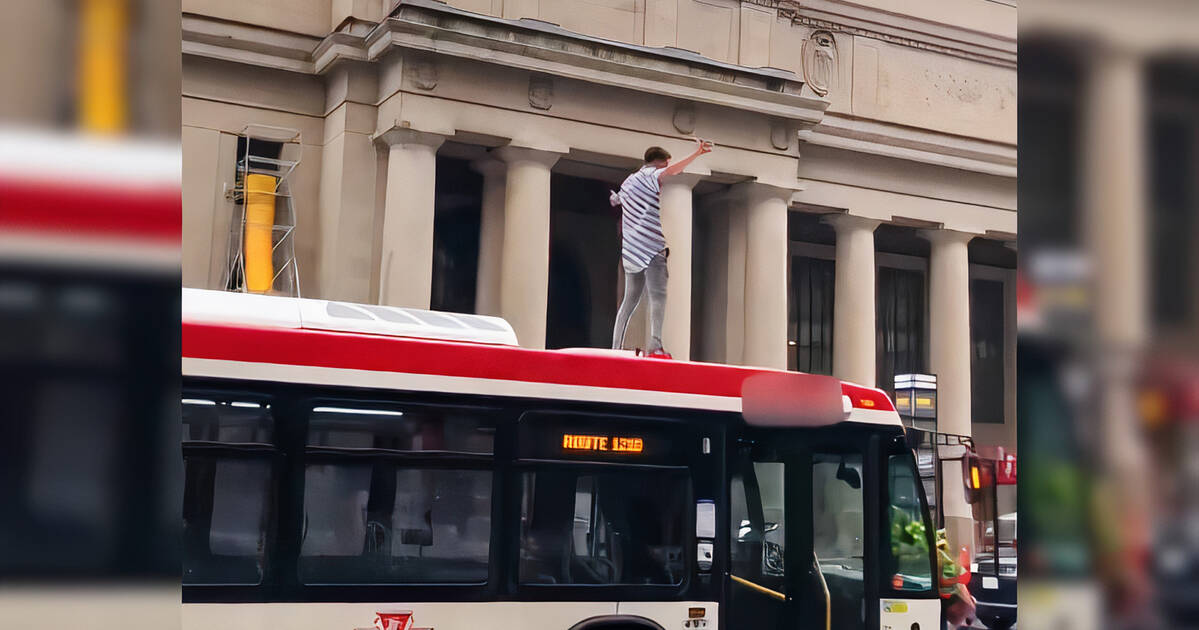 Remember on Monday when a video started blowing up of some guy running on top of a TTC bus near Union Station?

The subject of that video — a parkour enthusiast from Quebec — caught the ire of Toronto transit officials by posting footage of his stunt on Instagram.

"The person who posted this video claims to be an expert and encourages others not to try it, but that doesn't mean others won't try it," said TTC spokesperson Stuart Green at the time.

"Nobody should be doing this… it sets a bad example for anyone who thinks it's a fun or cool thing to do."

While the Instagram user who posted the clip, @parkourporpoise, seems well-versed in performing death-defying stunts, Green is right in that nobody should attempt such a move. He could very well have ended up dead or dismembered.

Instead, he lived to post not only first-person footage of the stunt but also a second video, shot from another angle, two days later.

apologizes to the TTC and the Toronto police for this stunt,🙏 (please dont try this!) #Toronto #the6 #bus #stunt #adrenaline

Included in the caption of that video, published Tuesday night, is an apology to both the TTC and Toronto Police.

"Apologizes to the TTC and the Toronto police for this stunt, [prayer hands emoji] (please dont try this!)," it reads. No apologies to the guy who did it first though, for ripping off his style. Again, not that anyone ever should.

When asked on Wednesday what Green made of the daredevil's apology, and whether or not he is facing a fine, the TTC spokesperson said simply: "Our investigation is ongoing."