Toronto is getting some weird new twisted condo buildings 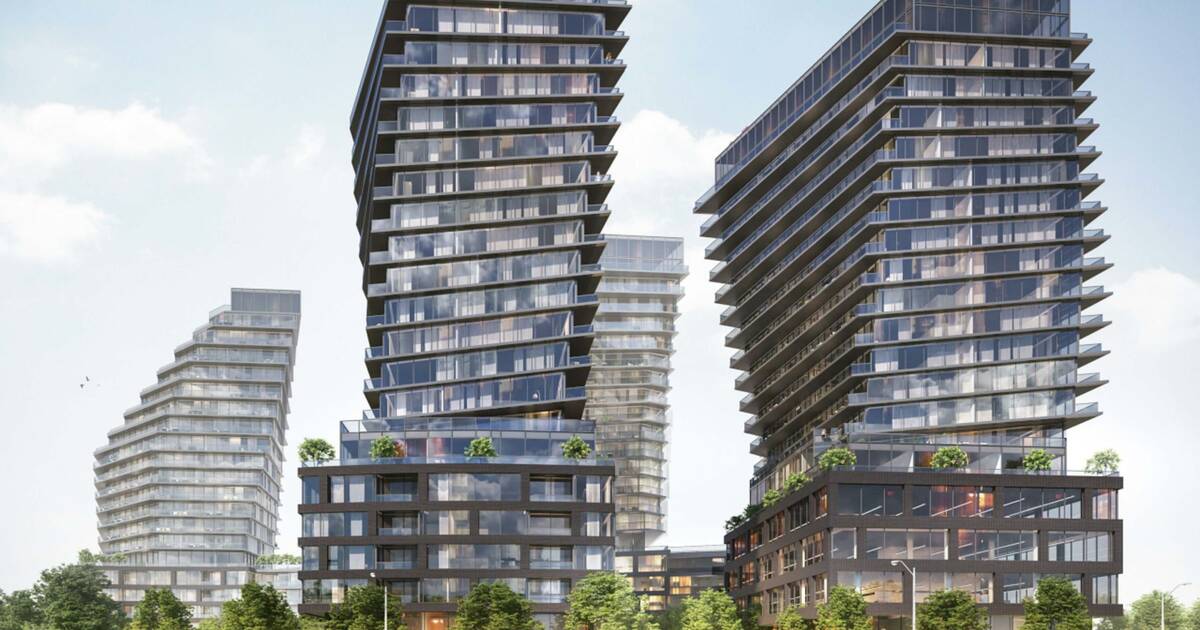 Four new condo towers are set to go up at 900 The East Mall in Etobicoke, just south of Eglinton Avenue West, and their twisted design is like no other development in the GTA.

Harhay Developments, the company behind the new project, recently submitted an amended plan to the City of Toronto after first submitting Official Plan and Zoning Bylaw Amendment applications in October 2019.

The new plan proposes two towers standing at 20 and 21 storeys, respectively, located slightly south of where they were originally planned to be, as well as two other 21-storey towers near Highway 427. 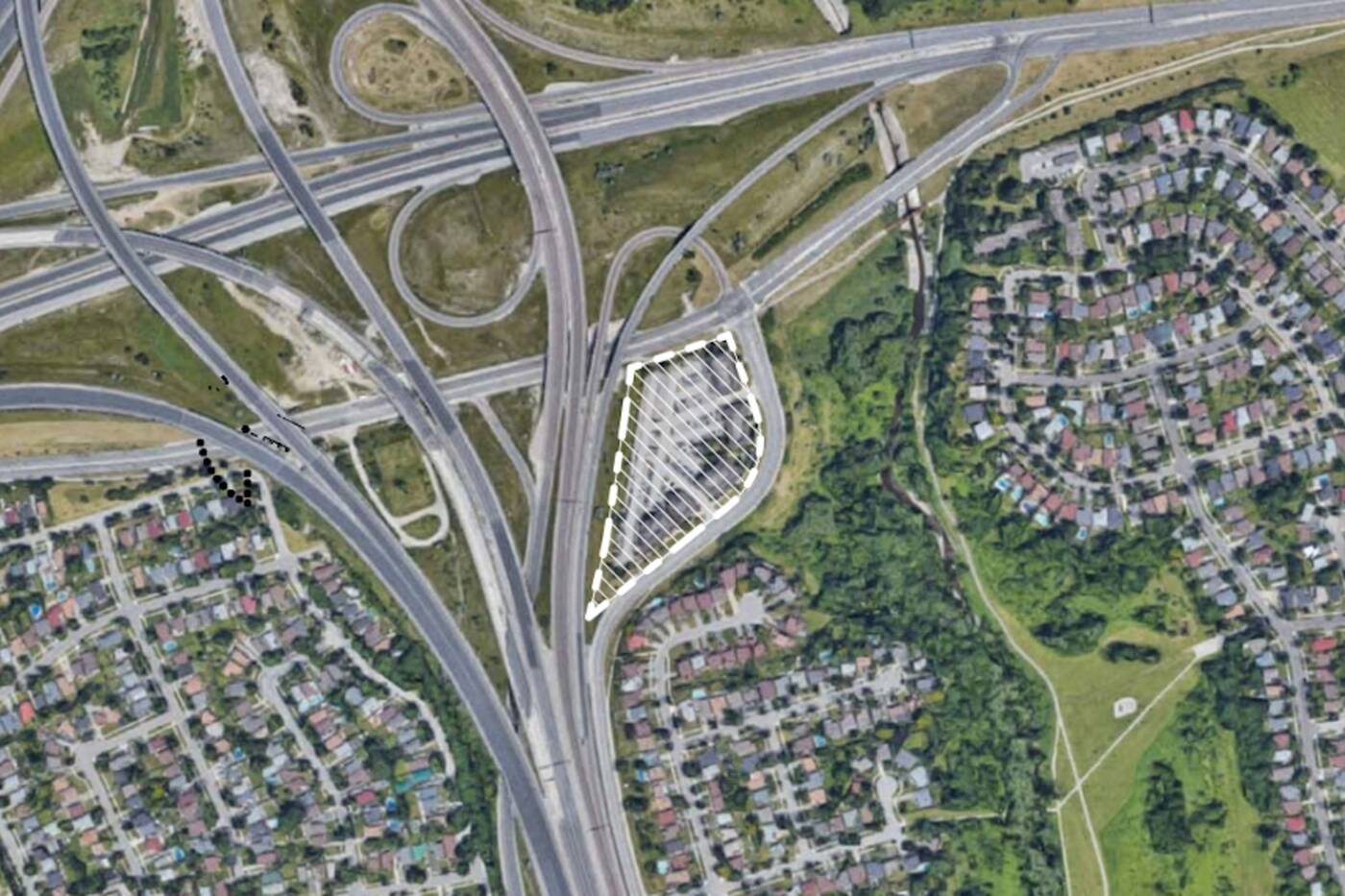 And while the original development was set to include 882 residential units, the latest plan calls for a reduction to 858.

The units, to be designed by CORE Architects, would include 51 studios, 444 one-bedrooms, 272 two-bedrooms and 91 three-bedrooms.

A total of 5,824 square metres of office space is also slated for the development, as well as retail space in the southeastern tower and at the northeastern end of the property.

Ground-level and underground parking would provide 789 vehicle spots and 653 bicycle spaces, and a daycare is set to be located in the ground floor of the southeastern building.

While several changes were made to the original proposal, the unique twisting design of the towers was maintained.

"The twisting structure of the towers was able to be maintained which will give these building a sense of movement when viewed from different angles, particularly while driving past on the 427/401," reads the cover letter of the most recent submission. 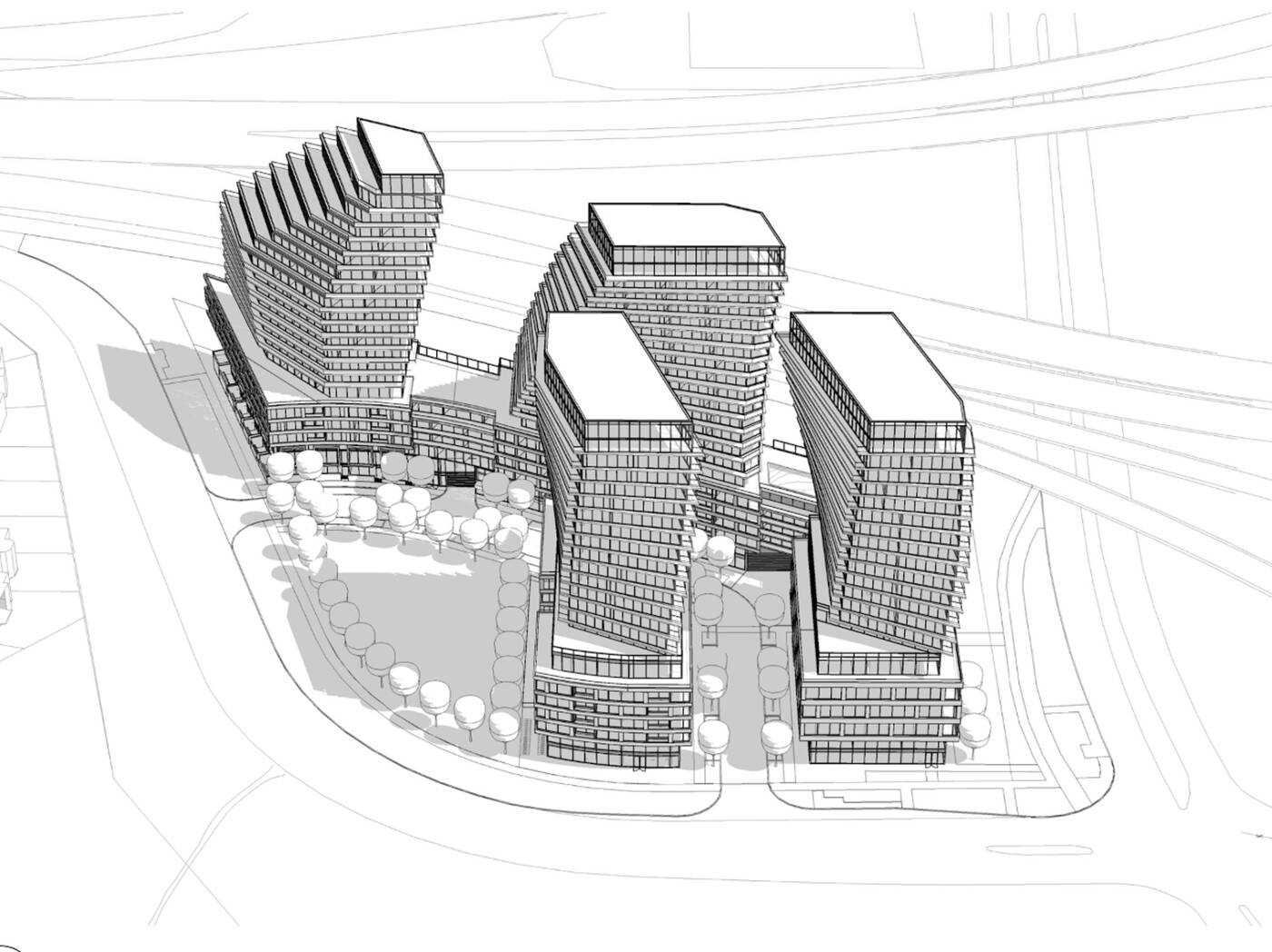 Looking east at the proposed development

A public park is also being proposed for the property, as well as some privately-owned publicly-accessible space and a private road.

The developers have proposed a two-phase approach to construction, with the two easternmost towers, some underground parking, the park and a portion of the private road to be built first — and the remaining two buildings to be completed second.