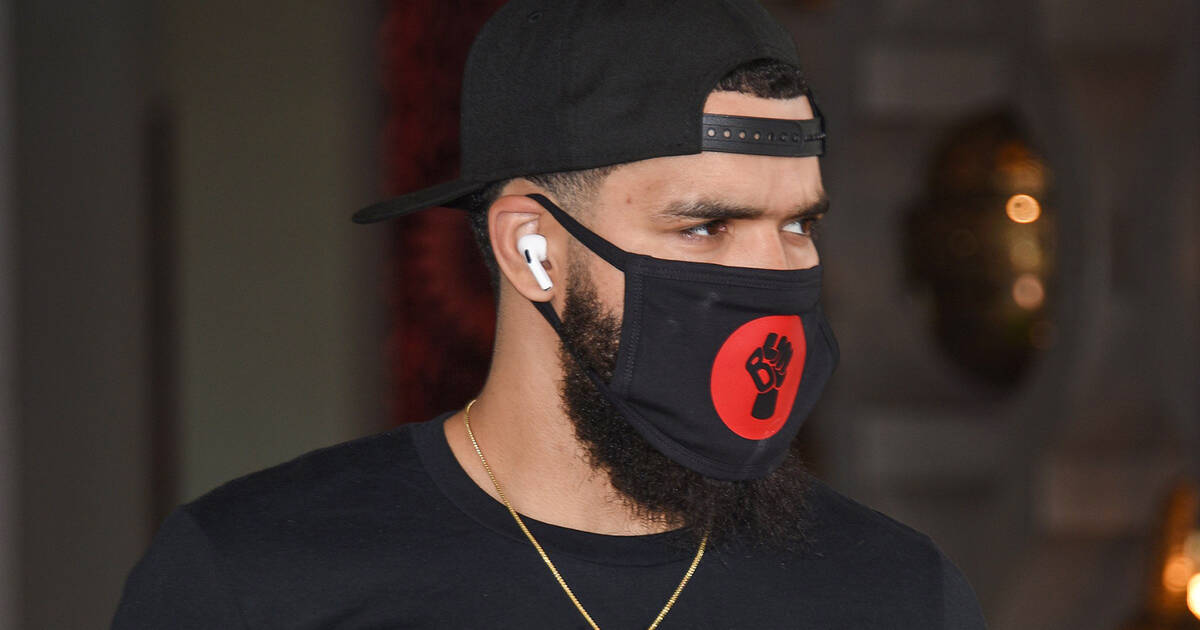 An unprecedented NBA season that started inside a bubble at Disney World amid a global pandemic could soon come to an abrupt halt as players together take further against systemic racism and police violence.

The Toronto Raptors are scheduled to face off against the Boston Celtics tonight at 6:30 p.m. for Game 1 of the Eastern Conference semi-finals.

It's a big game in what's expected to be a big playoff series for the Raps as they continue to defend Canada's first-ever NBA championship following a clean sweep against the Brooklyn Nets.

But, as players have been saying with greater and greater frequency in recent days, a lot of things are "bigger than basketball."

"A lot of things that are way bigger than basketball going on."

Rumours of an "NBA boycott" have been swirling all week after the shooting of 29-year-old Jacob Blake by a white cop in Kenosha, Wisconsin — the latest in a centuries-long series of police assaults against the Black community.

Blake was unarmed and simply trying to get into his car when he was shot in the back, seven times, at point blank-range, in front of his kids, by a police officer on Sunday night.

The father of three survived the incident, footage of which has now been shared widely on social media, but family members say he is currently paralyzed from the waist down.

NBA players, who'd already been using their platforms all summer to support the Black Lives Matter movement, have been speaking to press about little else ever since.

"Coming down here and making the choice to play was supposed to not be in vain. But it's just starting to feel like everything we're doing is just going through the motions and nothing's really changing," said Raptors star Fred VanVleet to reporters on Tuesday.

"We knew coming here or not coming here was not going to stop anything, but I think ultimately playing or not playing puts pressure on somebody."

The Toronto Raptors have yet to formally announce a boycott of any upcoming games, but it's looking more and more like the team will step back from Thursday night's match-up, at the very least.

At the very most, they (and all other NBA teams) will exit the bubble, ending this year's season.

Sources: Lakers forward LeBron James and Clippers forward Kawhi Leonard both spoke up in the players meeting Wednesday night and were adamant about not playing the rest of the playoffs and they wanted change. The players will have another meeting at 11 am East time Thursday.

Last night, the NBA ended up postponing all three scheduled games when the Milwaukee Bucks decided not to take the floor for their fifth first series game against the Orlando Magic.

This, one day after players from the Raptors and the Celtics reportedly met up inside the Disney bubble to discuss a potential boycott of their upcoming Game 1.

"Boycotting the game has come up for them as a way to try to demand a little more action," said Toronto Raptors coach (and NBA Coach of the Year) Nick Nurse to reports on Wednesday.

"That's really what they want. I think there's enough attention and not quite enough action, and that's what I can sense from the discussions is their disappointment... We need something to change, not just attention on the problem. We need a plan of action."

We stand with our brothers. https://t.co/NnAQJWCmu1

The Raptors and the Celtics were scheduled to have another players-only meeting on Wednesday night, but reportedly ended up inviting all NBA players and coaches to what became an emotional, league-wide discussion about how to best move forward.

NBA Insiders say that the Lakers and the Clippers both voted to end the season, but a consensus was not reached among all players during the three-hour meeting.

Discussions are set to continue this morning with another players meeting. ESPN reports that the meeting will be held at 11 a.m. to correspond with an NBA Board of Governors call.

We should find out this afternoon, following that meeting whether or not the Raps will actually play the Celtics tonight in Orlando, but asked on what he heard last night, ESPN's Adrian Wojnarowski says it "appears unlikely the three playoff games on Thursday will be played."

Anyone who says “why does the Canadian team care?” clearly isn’t paying attention. Racism is a huge problem here in Boston and in America but it’s not bound by our borders.

I doubt the Celtics-Raptors play tomorrow and I support that. https://t.co/W9btceP2zu

Players are reportedly calling upon their teams' predominantly white owners to take real action, but appear to already have the full support of their coaches, colleagues and fans.

"The NBA Coaches support our players 100%. The restart happened largely because of the platform it provided," reads a statement published by the NBA Coaches Association Wednesday night.

"The baseless shootings of Jacob Blake and other black men and women by law enforcement underscores the need for action. Not after the playoffs, not in the future, but now."

Toronto Raptors fans are, on the whole, proud of the team for taking a stance, and hopeful that further action will help prompt real, lasting change bolstered by the momentum of protests against recent murders-by-cop of George Floyd, Breonna Taylor, Elijah McClain and countless other innocent people.

"If you decide to strike for Game 1, I fully support you," wrote one of thousands of Canadian NBA fans showing love for the idea of a boycott (or rather, a strike) on social media.

"There needs to be change. You have a platform that can and will be seen. This madness and senseless murders needs to stop."