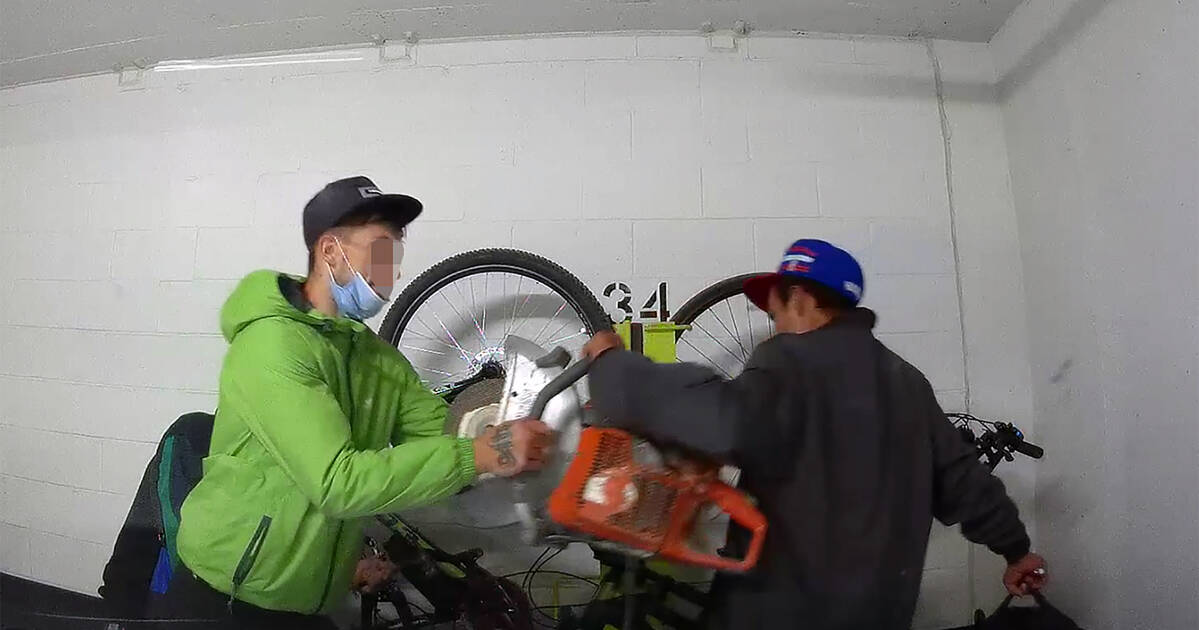 Thousands upon thousands of Toronto condo residents can tell you from experience that, regardless of how many fancy wall mounts and security cameras your building boasts, underground bike parking isn't safe.

"It's obviously something that happens on the regular in Toronto," said one downtown condo dweller who recently dealt with the problem (and got some nearly-comical security videos to show for it.)

"But you rarely get to see it from such a good angle."

The resident in question, who would like to remain anonymous, sent blogTO a series of videos in which three men are seen attempting to steal two high-end mountain bikes from a wall mount in a private garage at the Market Wharf building on Market Street.

"As you can see in the videos, on Aug. 17 at noon, someone popped in and scoped out the bikes in our gated above ground parking spot," says the resident.

"He then showed up at 4 a.m. the next day with two buddies and a giant gas powered concrete saw. Luckily, the 3 stooges were too dumb to actually start it and did not get away with our bikes and only caused about $100 of damage."

It is not clear how the men gained entry to the gated garage in St. Lawrence Market, but they did spend at least 15 minutes fiddling with the saw and other tools before anyone detected them.

Fortunately for the owner of these bikes, the guys trying to steal them couldn't figure out how to use a buzzsaw 😌 #Toronto pic.twitter.com/XJ3q7vGh7X

Building security managed to chase the men off before they could do any more damage to the bikes or mount, and the resident says at least one of them "got caught by the cops."

"We are now keeping our bikes inside," they said, which is probably a good idea.

Only one per cent of bikes across the board were ever recovered during the time period for which police data is currently available in Toronto — and that's among the thefts that were actually reported. Many are not.

Aside from bringing your bicycle into your home each night, or paying for some sort of hyper-secure, restricted access bike room, there's not much else you can do to ensure your wheels never disappear or get damaged beyond use.

We simply have a lot of bike thieves in the City of Toronto. Fortunately, some of them are too dumb to succeed.