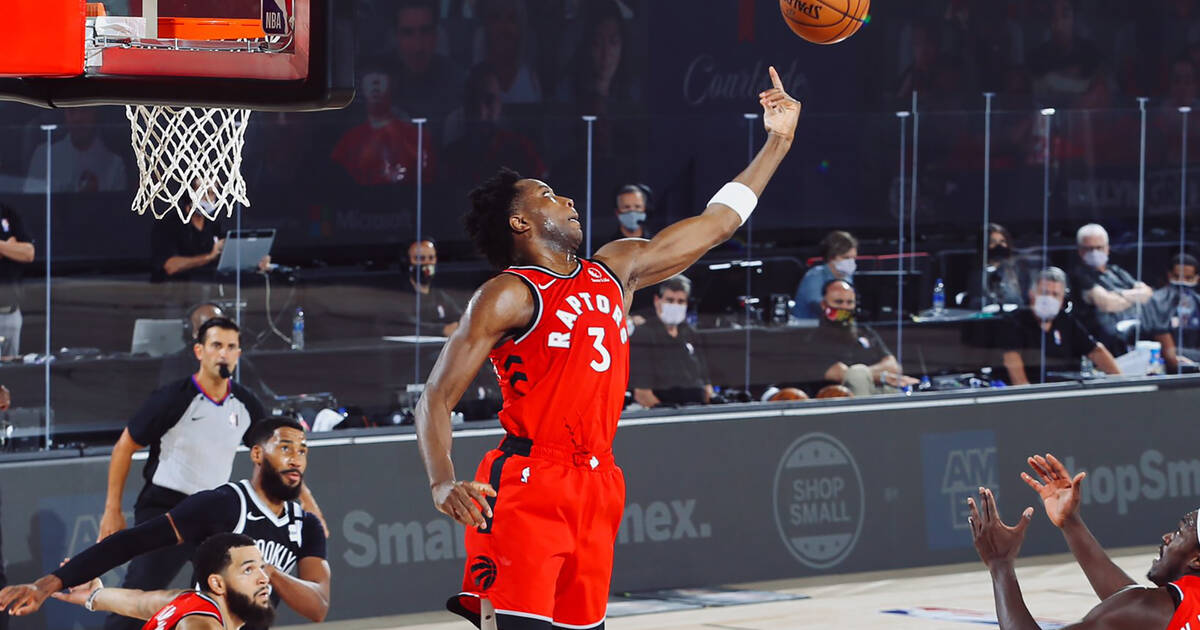 The Toronto Raptors will take on the Boston Celtics inside the NBA bubble at Disney World this Sunday, Aug. 30, at 1 p.m. ET.

No spectators will be present for the game in Orlando, as usual, but many fans will be watching from home — perhaps even more of them than if the Raps and the Celtics had played their originally-scheduled Eastern Conference semifinal opener on Thursday night.

Game 1 in the series, in case you've been living under a rock, was postponed as part of a league-wide protest that saw players strike over the shooting-by-cop of Jacob Blake, who is only the latest in a long string of Black Americans who've been harmed or killed by police.

"We had a candid, impassioned and productive conversation yesterday between NBA players, coaches and team governors regarding next steps to further our collective efforts and actions in support of social justice and racial equality," reads a joint statement issued by the NBA and the NBPA Friday afternoon.

"All parties agreed to resume NBA playoff games on Saturday, Aug. 29 with the understanding that the league together with the players will work to enact the following commitments."

Those commitments, which can be viewed in full here, include establishing an NBA social justice coalition, airing ads dedicated to promoting civil engagement during each NBA playoff game, and converting all franchise-owned arena properties into voting locations for the upcoming 2020 American general election.