Politician uses baby to make a powerful statement in Toronto 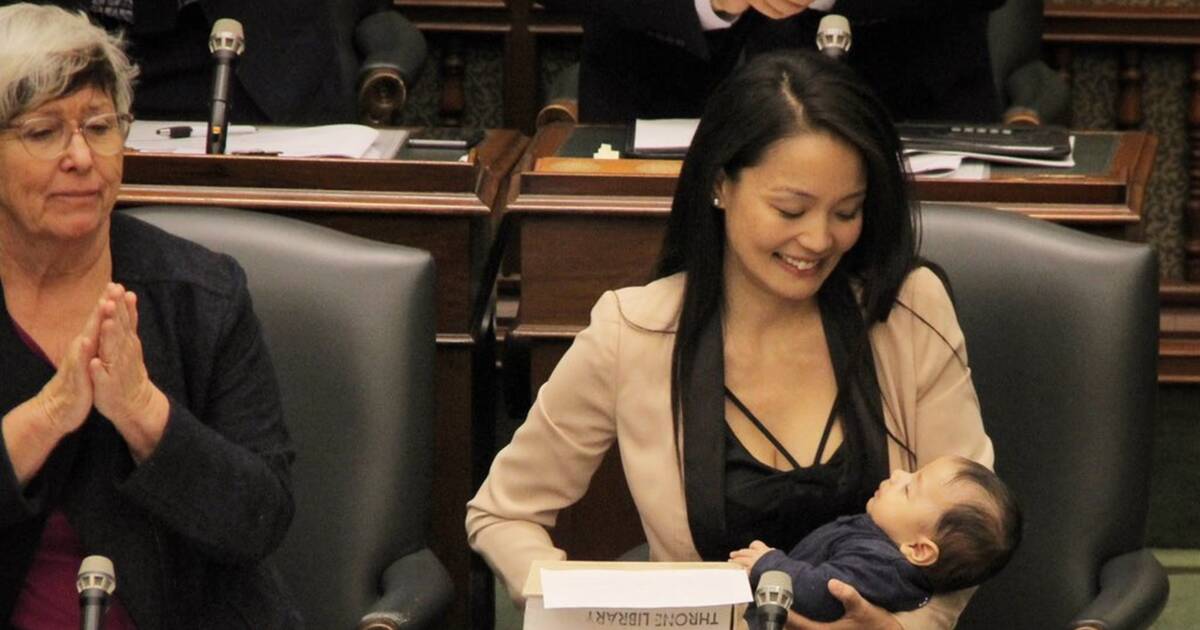 MPP Bhutila Karpoche already made history by becoming the first person of Tibetan heritage to be elected to public office in North America, and now she's done it again by making a powerful statement about maternal mental health at Queens Park.

Karpoche, the member of provincial parliament for Parkdale—High Park in Toronto, brought her newborn baby to Queens Park this morning.

While holding the adorable infant, Karpoche made a powerful speech about what it's like for mothers postpartum.

"I rise today, as a mother of a newborn, to discuss a topic that is all too often overlooked: maternal mental health," she said to the room of politicians.

"The physical recovery of childbirth is already difficult, but the process of postpartum mental health recovery is equally harrowing."

Being a mother is one of the best things in the world, it's also one of the toughest.

Karpoche then went on to list the well-known struggles of new motherhood, including sleepless nights and the exhausting day-to-day of newborn care.

But she also emphasized that being a new mother is so much more than that.

"Somewhere right now, a mother is feeling a deep sense of failure as someone admonishes her for feeding her baby from a bottle. What they don’t know is that she already wept at the checkout line when she bought formula for her hungry baby after struggling, and failing, too breastfeed," she said.

"Somewhere right now, a mother is desperately trying to keep up with the mental load of her household, ensuring the safety and wellness of her family, remembering birthdays, school events, dentist appointments, helping aging family embers, maybe while working a full-time job."

In her speech, Karpoche spoke about the judgment a mother often faces when trying to make the right choices for her child.

She spoke about the fact that many new moms are so focused on caring for their baby, they often neglect and ignore their own health.

"Maternal mental health cannot be a luxury," she said.

Many are praising the Toronto-based MPP for speaking up on an important topic that tends to go ignored.

Pure joy seeing @BhutilaKarpoche yesterday with her little one in her arms while doing the important work of the legislature.

Bhutila shared a vital message about maternal mental health, and the importance of supporting new moms as they go through postpartum recovery. pic.twitter.com/WChrdxFhEt

Many Toronto residents are also posting their thoughts about Karboche's speech on Twitter, saying maternal mental health should be a top priority.

So inspiring! This is an example why @BhutilaKarpoche was voted @TorontoStar Reader's Choice Best Local Politician. As she rightly says, moms are superheroes, & celebrating & supporting them including with effective #maternalmentalhealth should be top policy & social priority

Some have also mentioned the fact that new mothers belonging to a marginalized group often struggle with these issues to an even greater extent.

Many new mothers are in this very difficult position, and if they’re in an “at risk”group, they are even less likely to reach out.

According to a StatsCan study on maternal mental health released just five months ago, 23 per cent of mothers who recently gave birth reported feelings consistent with either postpartum depression or an anxiety disorder.

"To all mothers out there, I want to say: I know you’re doing your best," Karpoche said at the end of her speech.

"Remind yourself what your child or children already know - you’re the best mama in the whole world."

by Mira Miller via blogTO
Posted by Arun Augustin at 2:04 PM