Somehow Scarborough got this image for its Google search result 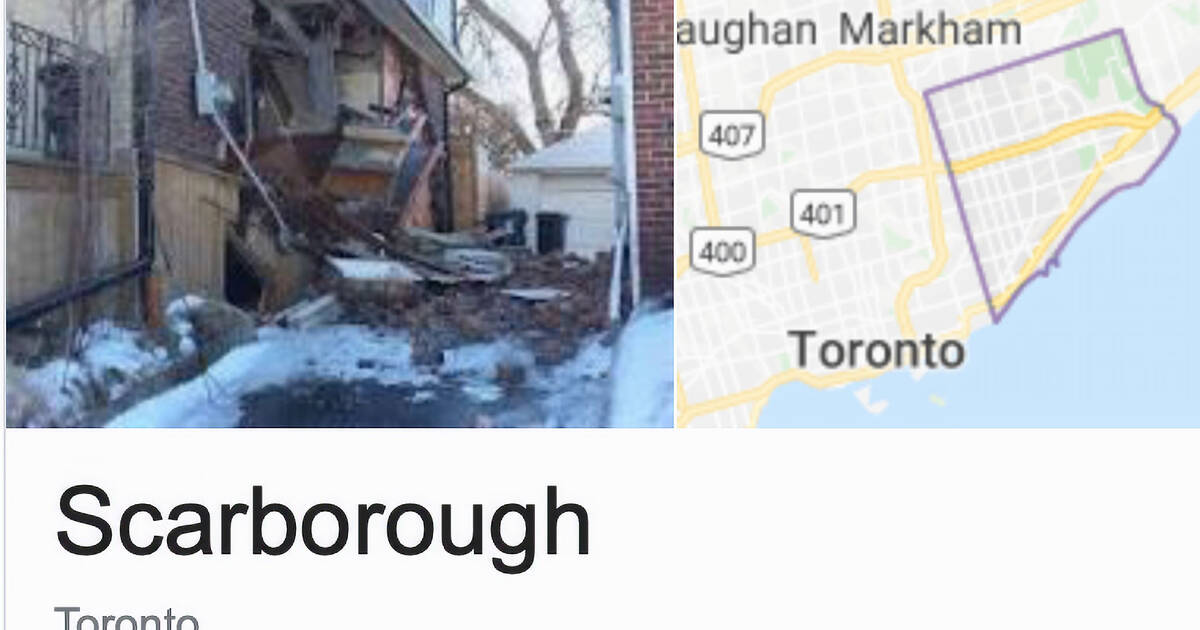 Scarborough often gets a bad rap compared to other areas in the GTA, and the photo that appears when you look it up on Google probably isn't helping.

A quick online search of the Toronto borough reveals that for some reason, the photo associated with its Google listing is of an old, partially-collapsed home.

The description that accompanies the photo is decently flattering, pointing out some of the area's greatest attractions including the Scarborough Bluffs and the Toronto Zoo.

But let's be honest — who's really paying attention to the description when a photo of a dilapidated shack is sitting right above it?

One Toronto resident shared a photo of the listing on Reddit earlier today, and it's sparking lots of chatter online.

The Reddit user posted the photo along with the caption, "Google's flattering image of Scarborough."

Some Reddit users — who seem to have some serious built-up hate for Scarborough — are saying the photo is actually an accurate depiction of the area.

"You can't spell Scarborough without 'Ugh'," one Reddit user wrote.

"I see nothing wrong here," another wrote.

"Funny cause that's exactly what I picture when I think of Scarborough...lol," another user added.

But others are coming to the east-Toronto borough's defence.

"Was kinda hoping to see a picture of the bluffs or the zoo but ok...." one person wrote.

"Alright, so question — how are these pictures set and how do we get it changed?" someone else asked.

While many are wondering where the picture comes from, some further digging reveals that it's actually the lead photo in a Global News article about a house under renovation that partially collapsed in Scarborough last winter.

The article's lead photo is also the first picture that pops up when doing a Google Image search for the term "Scarborough."

So, unfortunately, it appears residents of the area will just have to live with Google's less-than-flattering depiction of Scarborough for the time being.

by Mira Miller via blogTO
Posted by Arun Augustin at 1:10 PM