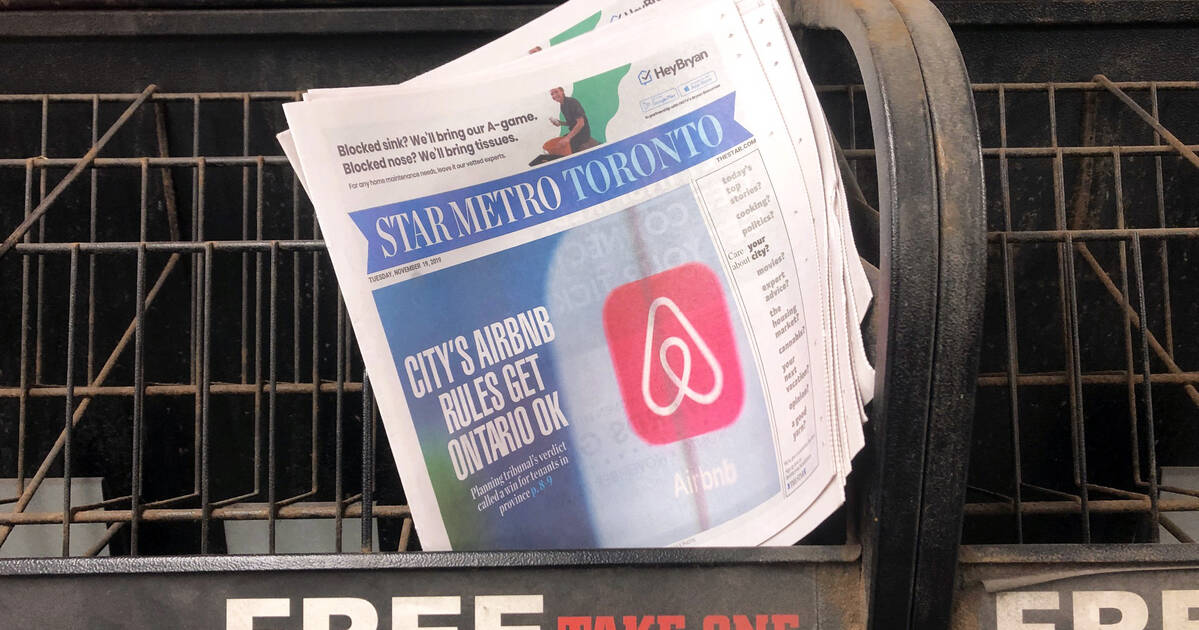 The slow, painful death march of print media continues this week with the imminent closure of all StarMetro newspapers across Canada.

Torstar Corporation, which eight years ago purchased a majority of the popular Metro free daily newspaper in Canada and rebranded it as StarMetro in 2018, announced the news Tuesday afternoon after an internal email to employees was leaked.

"StarMetro will publish its final free commuter print editions in five Canadian cities on Friday, Dec. 20," reads an article posted to The Toronto Star's website around 4:30 p.m. on Tuesday, referring to the cities of Vancouver, Calgary, Edmonton, Toronto and Halifax.

NEW: Torstar memo on the closing of StarMetro daily print publications. Says 73 editorial, advertising and distribution employees will be laid off. Star plans to reopen digital bureaus in the affected cities. pic.twitter.com/10rbHW04lU

"While the free StarMetro print editions have enjoyed loyal audiences and achieved many outstanding editorial successes, more and more of our commuter readers are using their smartphones, laptops and tablets to access their news on their way to and from work," said Torstar president John Boynton in a statement.

In an email to staff, Boynton explained further that print advertising volumes have "decreased significantly" for the free daily papers, to the point where levels are "now below those required to make them commercially viable."

The Star will be moving to an all-digital format outside of Ontario, according to Boynton's email, and opening up new Star bureaus in Vancouver, Edmonton, Calgary and Halifax.

A fairly unsurprising turn of events: the Toronto Star is shutting down the Star Metro newspapers across the country, which means I (and all my colleagues) will soon be out of a job. Last print edition coming Dec. 20.

As a result of the shift, 73 employees across the company's editorial, advertising and distribution departments will lose their jobs.

"73 people laid off five days before Christmas as Canada's last free daily commuter paper folds," commented Globe and Mail journalist Andrea Woo of the news. "Some will be 're-hired' for digital bureaus, which one affected colleague describes as: 'It's now Hunger Games.'"

The Toronto Star proper will continue to operate as usual, but the death of StarMetro's print edition marks an important loss for Canada: It was the country's last remaining free, English-language, daily commuter newspaper.

by Lauren O'Neil via blogTO
Posted by Arun Augustin at 2:49 PM