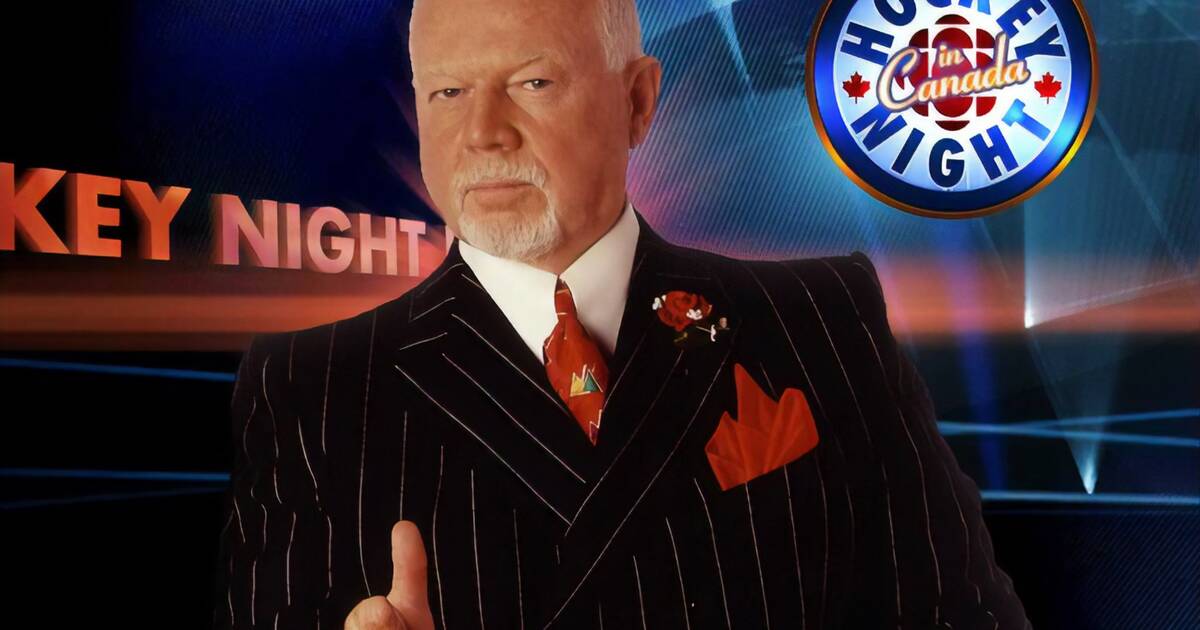 The news of Don Cherry's removal is causing almost as much chatter in Canada as the Prime Minister's blackface photos.

Hockey fan or not, it seems everyone has an opinion about the controversial statements made by Cherry that led him to be fired from Coach's Corner earlier today.

don cherry literally going on a xenophobic rant about poppies on live television and then being fired on remembrance day is just too good to be true pic.twitter.com/srxGp6l76Q

Cherry sparked outrage Saturday evening after going on a rant about how immigrants (calling them "You people") "love our way of life... love our milk and honey," but don't wear poppies.

"At least you can pay a couple of bucks for poppies or something like that," he said during Saturday's Hockey Night in Canada broadcast.

"These guys paid for your way of life that you enjoy in Canada."

Don Cherry's latest rant against immigrants is tough to watch and Canadians are calling for him to be fired 📹 CBC pic.twitter.com/6JnEFvJXES

His comments were immediately deemed inappropriate and divisive, and many called for his firing.

Sportsnet and Ron MacLean quickly released an apology. Cherry, on the other hand, wasn't so quick to apologize.

Now that he's officially leaving Hockey Night in Canada, after more than 30 years, everyone has something to say.

It was racism that got Don Cherry fired.

It was also racism that it took so many years to happen.#DonCherry #DonCherryIsWrong #racism

Many Canadians are pleasantly surprised by the decision to remove Cherry, saying they thought he'd get away with this the way he has many times before.

I am SHOOKETH that #DonCherry was fired. I just thought #HNIC would continue to turn a blind eye until he died tbh

Others are already talking about who should replace him.

Some are saying that firing Cherry is hypocritical considering Trudeau was reelected.

What’s the lesson to be learned from the Don Cherry firing and @JustinTrudeau re-election? A momentary lapse of judgement (or multitude of them) is fine, as long as you are a Liberal. Got it. Retweet if you can also see the double standard. #cdnpoli

And some angry are even vowing to stop watching Hockey Night in Canada now that he's been removed.

Sportsnet fires Don Cherry over ‘you people’ comment targeting immigrants https://t.co/WPrQB6r5Hk
Everybody should stop watching Rogers Sportsnet. Don did not say anything wrong. What happen to free speech in this country . WRONG WRONG WRONG!!!

Some have also pointed out that the chatter about Cherry distracted from the importance of Remembrance Day.

If my timeline is any indication, the attention we gave to Don Cherry eclipsed that of Remembrance Day.

His name was even mentioned at a ceremony in Berlin.

Asked if there were any Canadians in the crowd in Berlin (there were) & said: “Don Cherry just got fired” to a loud smattering of the applause. Then turned to the rest of the crowd, Germans & others, & said “a prominent Canadian racist lost his job today.” The place went nuts. A+

And the rest of the world caught onto the news too.

Don Cherry will no longer appear on Canada's No. 1 sports network after referring to immigrants as "you people" https://t.co/QeU7BkjjGR

But although feelings about the news are mixed across the board, the majority of Canadians appear to be pleased with the fact that Cherry is facing real consequences for his actions.

by Mira Miller via blogTO
Posted by Arun Augustin at 4:57 PM