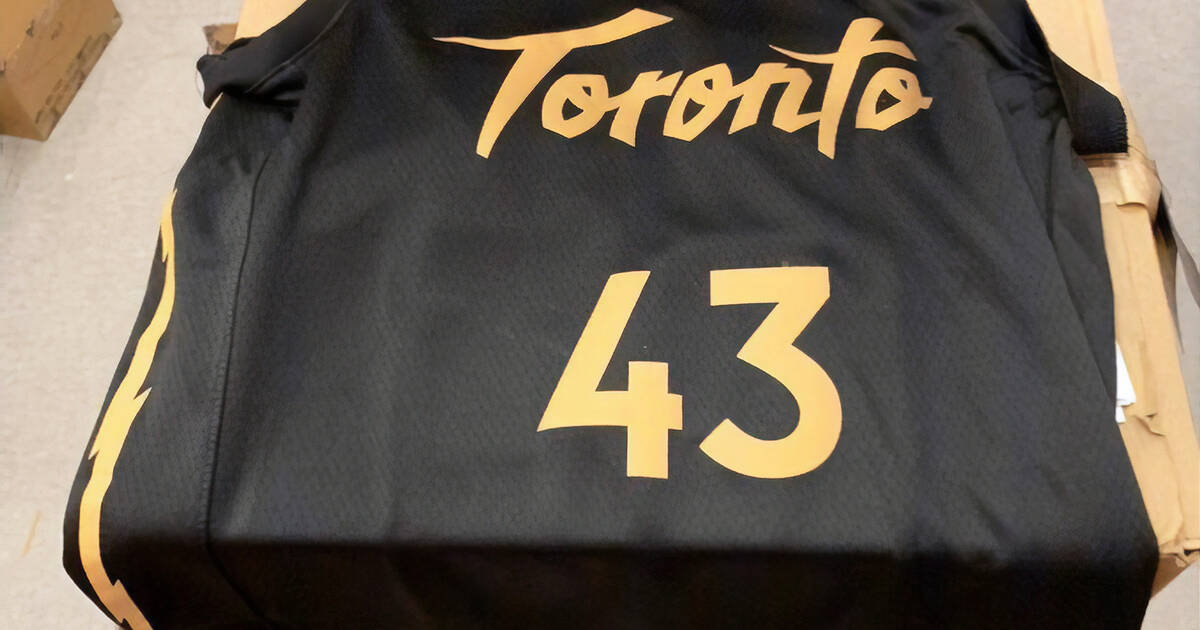 Toronto Raptors fans are not responding well to a photo of what is allegedly the team's 2019-2020 City Edition jersey, which was confirmed to be a leak by some online sources.

CC: @sportsrage first Raps jersey in awhile that has Toronto on the front https://t.co/1CuNBMl6UJ

The photo, which has been making its rounds on social media this morning, shows a black jersey with a gold "Toronto" emblazoned across the front in a cursive-type font that some are calling simply "awful."

The OVO coloured uniform — which has in past years been sponsored by the Drake-founded clothing brand — also appears to have a jagged lightning bolt-like pattern running down each side, and has a retro feel to it.

"Every team is trying to out-do the other in having the ugliest jersey design lol," one user tweeted. "No effort at all," another said. And yet another joked, "bet it was from Champs Sports."

One even said the hideous fit "screams Drake."

The special edition jersey is a collaboration that Nike and the NBA started in 2017 to allow teams to pay homage to their home cities.

Whether they love the uniform or hate it, fans will have to wait to see the official design and get their hands on a jersey of their own when they're released later this year.

by Becky Robertson via blogTO
Posted by Arun Augustin at 10:34 AM